One of the vintage buttons simply says in all capital letters: “ERA YES.” Another says “Viva la mujer,” a yellow female pictogram set against a strong red background. Still another button reads “Chisholm for president,” a reference to the first Black woman elected to Congress and one of the subjects in HBO’s recent series “Mrs. America.”

Sarah Palin, Hillary Clinton and Patsy Mink, the first woman of color elected to Congress, are here too — on buttons displayed in the National History Museum of Los Angeles County’s upcoming digital and physical exhibitions celebrating the 100th anniversary of women’s suffrage.

“One of the fears that people had when women were getting the right to vote was that women would vote together as a bloc and we would have an automatic majority as a result,” said Sarah Crawford, the museum’s senior manager of exhibition design and development. “But the reality is we’re diverse, we’re different, and so by showing these different political buttons, that’s one way of kind of saying, ‘Look, all of these issues, different women were fighting for them in different ways.’”

The exhibitions will focus on four themes: community, education, labor and voting. Each section will consist of a timeline featuring important dates as well as six to 12 photographs that highlight women’s stories.

“The thing that I think makes the exhibition worth seeing versus just learning about this online is that each of those sections has a case of original ephemera,” Crawford said. “So I think that’s the thing that’s really spectacular, thinking about the woman in 1911 [who] picked up this vote-for-women button, you know, and pinned it to her dress and marched for women’s suffrage. The stories of the women who owned these objects that we now have on display really transport you to that moment. It makes you feel kind of connected to this whole group of women.”

Most of these objects are political buttons, but they also include ballots, fliers, protest signs and magazines.

“To me the most important is just being in close proximity to those original objects,” Crawford said.

The exhibition will have an interactive component involving the 1920 California ballot, a DIY protest poster that visitors can design and print, and events including a three-part discussion series held in conjunction with Zócalo Public Square.

“Sometimes when I look at history and when I go to exhibitions about different historical events, I feel kind of alienated,” Crawford said. “I don’t know if other people feel that way too, but sometimes it feels like, ‘Well, I’m not George Washington, you know, I’m not this. I’m not the first woman to go into space. … You have kind of like that feeling of ‘I’m not important.’ In working on this exhibition, I really wanted to help people understand that it takes the actions of many people to create cultural, political change.”

A key part of the exhibition will be a 30-minute film that contains interviews with women older than 65 about their experiences with voting. Most of the women in this ethnography project were chosen from the volunteer corps at the museum or its sister operation at the La Brea Tar Pits; others were recommended because of their unique stories.

“One of the objects in the exhibition we’re featuring is a yearbook from a young woman who was in a Japanese internment camp,” Crawford said of the World War II incarceration of mostly American citizens. “Her family had to leave Los Angeles, and she went to high school in this camp, and so we have her high school yearbook. … Once we found out she was alive, we were like, ‘Oh, my gosh, we have to talk to her.’”

Judith Sydner-Gordon was one of the women to be featured in the ethnography project.

“The first thing that I hope this project accomplishes is the celebration of women of my generation,” she said, adding that she hopes the project connects young women to the timeline of the women’s movement via shared stories and memories. “I think women speaking to women, women speaking to young women, women speaking to girls, all of those interactions are important in order to be able to sustain the movement that began decades ago. Not just to sustain it, but to build on it and to expand it and to not forget about the things that women have done in order to get us where we are today.”

Sydner-Gordon, who is African American, said her parents were politically active and emphasized the importance of voting.

“I think you can probably understand why they took it very seriously, because as African Americans, we as a group were not allowed to vote,” she said. “The Voting Rights Act did a lot for that piece of history for us as a group of people. … It is from them that I developed my feelings of respect for the voting process.”

Francille Rusan Wilson, a USC associate professor of American studies and ethnicity, history, and gender and sexuality studies, was the Natural History Museum’s guest curator. Crawford said the museum partnered with many groups to stage the exhibition, including the L.A. County Women and Girls Initiative, the museum’s community engagement council and its task force for Women’s History Month, and teams from local colleges including Scripps, USC and Cal State Los Angeles, which are lending objects from their archives.

Because of the COVID-19 outbreak, Crawford and her team had to pivot from a physical exhibition in June to an online version in August and what they hope will be an in-person experience starting Oct. 1. Although the in-person exhibition will be small and limited to 1,000 square feet, with a capacity of 10 people at a time, it’s augmented by the virtual experience.

Perhaps the most timely component of the show: voter registration, which will be offered in the physical exhibition and linked to from the digital exhibition.

Crawford said the museum considered ending the voter registration component after the election but ultimately decided it will stay for the duration. “Let’s keep this top of mind, and keep it — keep pushing on it,” she said.

In a time of high political divisions, Crawford emphasized that the goal of the exhibition isn’t to support any particular agenda but to make people think and focus on local politics of all kinds.

She said one the points she wanted to make was “sometimes for women, just living your life every day is an act of bravery.”

“Being brave, or standing up for yourself or your kids or your community members,” she said, “all that can add up to change.”

What to Know About the Unprecedented, Virtual 2020 Democratic National Convention

Mon Aug 17 , 2020
ANDREW CABALLERO-REYNOLDS/AFP via Getty Images Former Vice President Joe Biden The Democratic National Convention is playing it safe this time around. Amid the novel coronavirus (COVID-19) pandemic, the gathering took shape unlike any in the past: It is now centered around virtual programming each night from, 9-11 ET, rather than […] 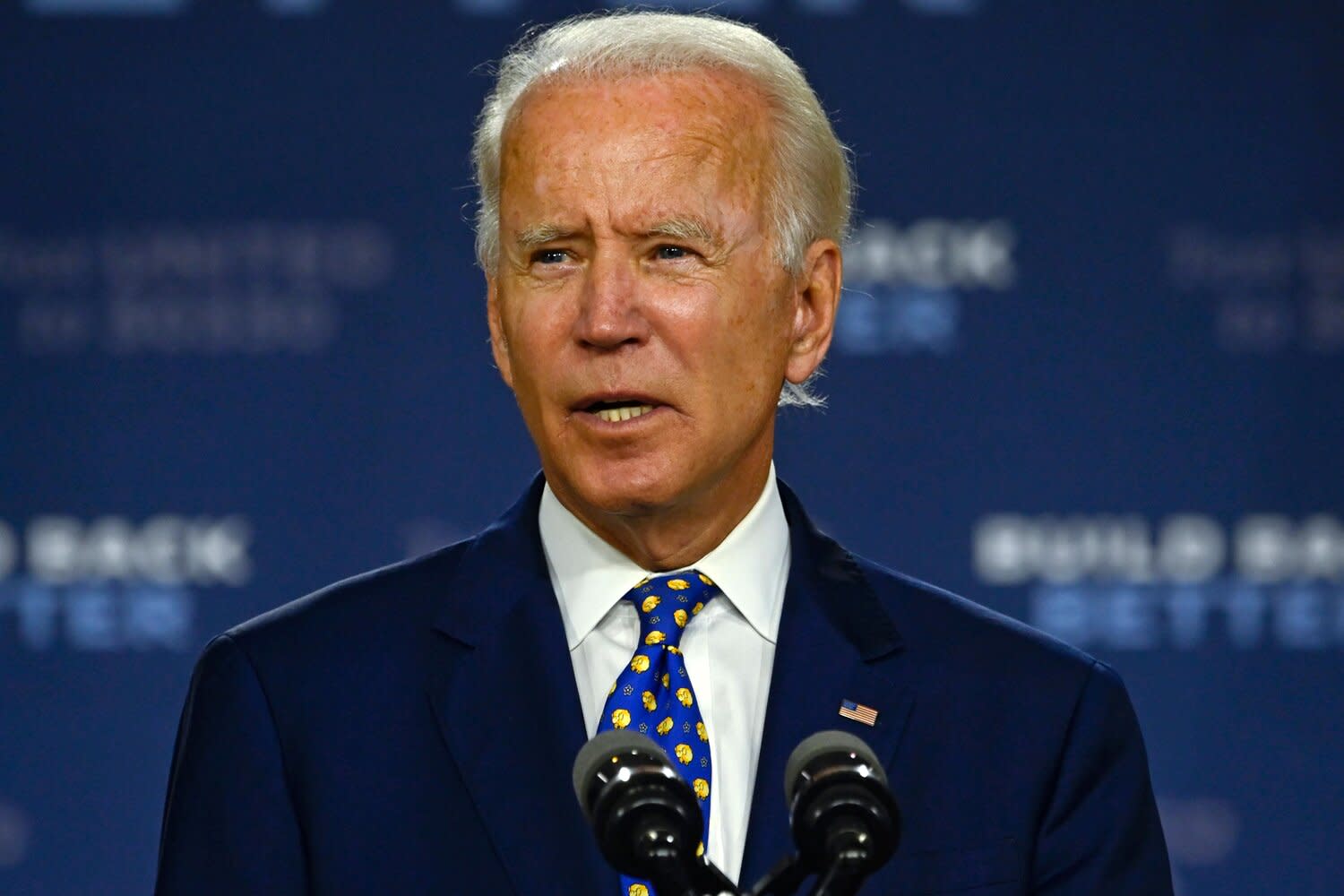