NPR’s Lulu Garcia-Navarro speaks with mathematical biologist Joanna Masel of the University of Arizona about how the university is testing and tracing students for COVID-19.

Colleges and universities are opening up and sometimes quickly shutting down as the coronavirus takes hold on campus. So what is a school to do? The University of Arizona has a couple of innovations. One involves an app. And the other is a bit less polite. Joanna Masel is a mathematical biologist at the university. And she joins us now. Welcome to the program.

GARCIA-NAVARRO: You helped develop the COVID Watch app there. How does it work?

MASEL: So you download it. And if all goes well, that’s it. You just activate it. And you never hear from it again. But all – in the background, it’s listening to little anonymous pings to find out who’s near you or which phones are near you, not who. And it’s sending out little anonymous pings. And that’s all completely meaningless. But if somebody then tests positive for COVID, then they can upload a magic key that will tell other people which of those pings were dangerous and which ones weren’t. And then if it realizes it heard something dangerous, it can act on it and tell you to quarantine yourself.

GARCIA-NAVARRO: So someone who tests positive would have to voluntarily use the app to alert other people.

MASEL: That’s right. And nobody else will ever know that that’s what they’re doing unless they tell them. So the app is completely anonymous. It is a self-report. And it will tell people that they were exposed without telling them who exposed them. And the people who were told that they’re exposed – you know, nobody else finds out that they received that notification unless they choose to share that information.

GARCIA-NAVARRO: And it shows how infectious the carrier was at the time of interaction.

MASEL: Yeah. So we’ve developed a new way of really getting a hold of how dangerous different interactions are. In general, you are most likely to pass on COVID right around the time that your symptoms start. That first day when you’re ever so slightly under the weather, and you’re not even sure whether you’re sick yet – that must be the day that you pose the most risk to others. Five days in when you feel terrible, you might be actually much less danger to other people. So we quantify that. And we combine that information to figure out how dangerous it was.

GARCIA-NAVARRO: How are you seeing people adopt this, though? I mean, one of the problems with these apps has been, here in the United States in particular, people simply are averse to having these kinds of monitoring devices on their phone.

MASEL: So it’s not really a monitoring device. It’s a completely privacy-preserving solution. So I think by rolling out on a college campus first, you know, we’ve been able to achieve some pretty high levels of adoption on campus. And then suddenly, we find, oh, all the people who have businesses where students go – they want it, too.

GARCIA-NAVARRO: When you say high levels of adoption, what is the percentage?

MASEL: I think we have about something like 15,000 people download it on campus, which is quite a few given that not everyone has returned to campus.

GARCIA-NAVARRO: So the University of Arizona has another system for monitoring infection, and that is dorm sewage. I know you’re not part of this project, but can you tell us how that works?

MASEL: Yeah. So we really – ideally, we’d like to test everyone every day. And then we’d very quickly find cases. But, you know, even if we had that many tests, there’s another problem, which is you have to take a sample from everybody every day. And that’s quite onerous. Well, you know, with sewage, people are depositing a sample every day.

MASEL: Then it all adds up. And then you can test it combined and find out – hey – was there anyone there who had COVID? And then if you get a positive test, then you can prioritize on testing everyone in that dorm rather than some other dorm that tested negative that day.

GARCIA-NAVARRO: So I’d like to ask you this. The University of Illinois developed its own rapid saliva test to some fanfare. And they instituted twice-weekly testing. But then they had to announce a two-week lockdown Wednesday because there was a spike in cases among students. It does get to this essential problem that I think so many campuses are facing about gathering huge populations of late teen, early 20-somethings together. Is there a social science problem here that lab scientists like yourself can really never solve?

MASEL: So there definitely is a social science problem. And it remains to be seen whether it can be solved and whether campuses can safely remain open. But I think, even if they can’t, the technologies that campuses are using to try will be part of how society at large can open again – that things like this app can be used outside the campus even if it was first trialed just on the campus, that sewage testing can find other applications in apartment buildings and so on. So I think they’ll be useful in the future.

GARCIA-NAVARRO: That’s Joanna Masel, a professor of ecology and evolutionary biology at the University of Arizona. Thank you very much.

Copyright © 2020 NPR. All rights reserved. Visit our website terms of use and permissions pages at www.npr.org for further information.

NPR transcripts are created on a rush deadline by Verb8tm, Inc., an NPR contractor, and produced using a proprietary transcription process developed with NPR. This text may not be in its final form and may be updated or revised in the future. Accuracy and availability may vary. The authoritative record of NPR’s programming is the audio record.

Mon Sep 28 , 2020
Rarely has there been a more critical time to provide in-depth coverage of our schools. A global health crisis and social justice movement have brought the deep inequities and challenges that have long plagued education to the forefront of community conversations. Finding solutions to those issues that help lead to […] 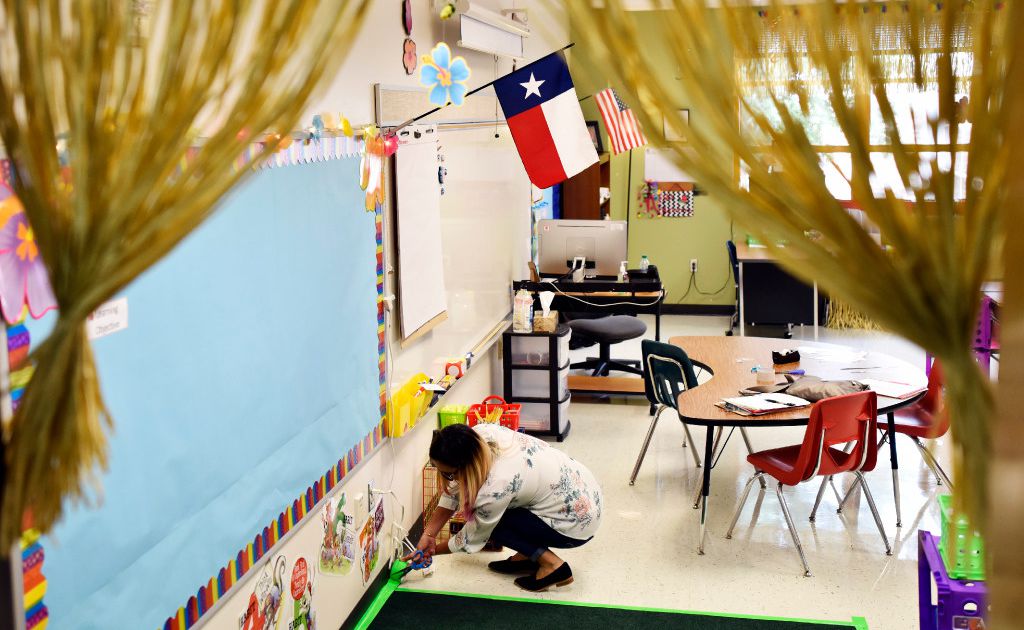