Many college students, young adults and some not-so-young adults have moved back in with their parents due to things like school closures, job losses or even just the convenience of a backyard during the coronavirus pandemic. A Pew Research Center poll found that around 1-in-10 adults ages 18 to 29 said they moved because of the outbreak. What may have seemed like a temporary situation in March or April now feels more permanent — which doesn’t make the situation any easier.

Laura Murray, Ph.D., a senior scientist in the department of mental health at the Johns Hopkins Bloomberg School of Public Health, said that a number of stressful conditions right now, including the coronavirus pandemic and its current spikes, can lead to more tension. Adding the stress of moving back home after being away at college or finding independence in early adulthood can exacerbate those issues.

“It’s really a hard, hard shift,” Murray said. “It’s also so unpredictable, right? Like, you had a life plan, you had your life lined up … And then everything is sort of up in the air, and you don’t finish or things are going to be delayed. It really sort of changes life plans as you’re developing into a working adult.”

Irina Wen, Ph.D., a psychologist and clinical assistant professor in the department of psychiatry at NYU Langone Health, said that some tension between parents and children returning home is common, but may be increased by the stress of the pandemic and related uncertainty.

“However good our relationship with our parents may be, things get brought up and get emotional, especially after a prolonged period of being together,” Wen said. “I think the reality is such that a lot of people find themselves in these circumstances where they are together unexpectedly, bumping against some unresolved emotional things from the past relationship or bumping against the rules in the house that they didn’t have to deal with, and now suddenly they do. All that can present challenges.”

Wen said that one way to try to handle these more minor tensions is to just remember that these feelings are normal, even when there isn’t a pandemic going on.

“Just kind of remind yourself that these are normal things that can come up, and anticipate them,” she said.

What are some good ways to avoid tension?

Murray said that the best thing she thinks families can do right now is to actively listen to each other.

“One of the things you have to come back to is just respect, and really active listening,” she said. “Try to open the conversation about things, and really listen to them. … People don’t realize that when you are open and you communicate openly, you defuse the situation, right? So name it. If you name it, it’s not the elephant in the room anymore. And I think that can be really helpful.”

Related: Al Roker, Dylan Dreyer and Sheinelle Jones talk about the importance of active listening. Sheinelle shares how her recent vocal cord surgery forced her listen and learn about others’ perspectives.

Both Wen and Murray said that taking time each day to check in with yourself can also help.

According to Wen, it creates time for you to measure your emotions and allows for healthy expression.

“Just check in with yourself as you’re feeling triggered, just to see what other emotions or feelings might be going on,” she said. “Just naming them, writing them down, having a healthy channel to express those feelings, would be helpful. When we name feelings or emotions, we can tame them. We can also have more mastery and agency over them. So just being aware of them can help us manage.”

Murray said that now might also be a good time for parents to think about how they interact with their children, who may have become used to not following house rules.

“Make sure you’re not making a lot of us statements,” Murray said. “I hear a lot of parents with college kids say ‘You don’t listen, you never clean up,’ and this is just creating more more problems. Try going back to an ‘I’ statement, like, ‘I’m finding it difficult when you don’t pick up, I know this is a different situation for you.’

“The other thing to do is (give) each other more latitude than maybe we would be used to, because it’s just a more stressful time,” Murray continued. “I mean, lives have changed, and that’s stressful in itself, but then you add on the fact that a lot of people are living in states now where it’s spiking again, and so we’re sort of back to March and April. We’re losing it.”

How can you manage the aftermath of arguments?

Both Wen and Murray said that if increased tensions do boil over into an argument, it can be helpful to do a few things to defuse the situation.

Related: Kids are sharing space 24-7, missing their friends and activities, and feeling bored out of their minds. No wonder they are fighting with their siblings.

Firstly, it’s important to know how someone might react to a fight – and don’t be offended if it’s not how you’d prefer them to respond.

“One size doesn’t fit all,” Murray said. “Some people are really good at just taking a deep breath in that moment and trying again. Some people are not. Some people need time away. Some people really need to take longer to settle down … They think they’re being a good communicator (by taking time), but then the other person gets really angry. They’re looking at it from a different perspective, like you’re walking away from it, so I think make sure that when things do happen everyone’s very aware of what you’re trying to do.”

Wen said that when it comes to trying to resolve an argument, the healthiest path to take is typically acknowledging the part that one played in fueling tensions and taking responsibility for those actions. However, that doesn’t mean people should take the blame for the entire argument.

“You can try to take a higher road, and acknowledge the fight with your family members, and say, you know, ‘We’re all in a difficult situation, this is not ideal for all of us, we’re happy to be together but this is also a difficult and stressful situation for all of us,'” Wen said. “And you can take accountability for your part in the conflict, (but) not take on too much and take accountability for all parts of the conflict.”

Wen warned against the fight-or-flight instinct, which can cause people to either “go deeper into conflict” or shut down and withdraw from relationships.

What mental health concerns should people keep an eye out for?

Both Murray and Wen said that moving back home might stir up other mental health concerns.

“We are seeing, sadly, a rise of depression and suicidal thoughts,” said Murray. “Of course, that’s more of the extreme, but I think that it’s really hard to see your life shift like that.”

Wen said that if a parent is concerned about their child or another family member, the most important thing that can be done is checking in and offering support.

“I think checking in and saying ‘I see you’re down, and you’re so important to me, talk to me, what’s happening? Is there anything I can do to support you?’ can go a long, long way,” she said.

Mon Jul 20 , 2020
Click here to read the full article. Syfy revealed that its first original documentary Todd McFarlane: Like Hell I Won’t will make its world premiere as the opening film for “Syfy Fan Fest”. The docu about the iconic creator of the cult comic book Spawn will be released on July 25 at 11 […] 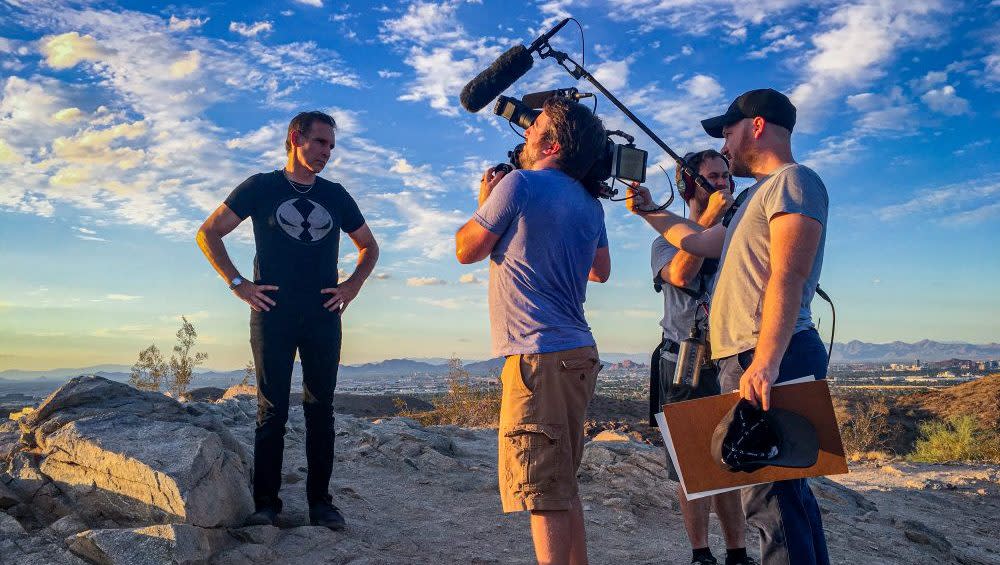