Some of them had been worn in games by the biggest stars in modern men’s and women’s national team history. But even after a December 2019 purge during which the USSF sent many to the former players whose last names were emblazoned shirts, much of the inventory remained. Three months later the global Coronavirus pandemic hit, and with it a shortage of personal protective equipment for front line workers. An idea was born: maybe the old jerseys could be turned into functional, virus-mitigating face masks.

Led by its chief medical officer Dr. George Chiampas, U.S. Soccer had already started working on a number of COVID-19-related initiatives. Now federation staffers found themselves lurking on Esty, an online marketplace for handmade or vintage craft items. It was there they found Melizabeth Santos, normally a trainer of teachers in Chicago’s public school system who had instead been making masks and donating them to her first responder friends since the health crisis began.

“I felt a calling to help, especially when the CDC suggested that masks really do mitigate the health risk but all the factories were closed and masks were in need,” Santos, who just so happened to be a lifelong soccer fan, said in an interview with Yahoo Sports. After taking a look at a few jerseys, she agreed to cut them to pieces and produce around 500 masks to be sent to people who needed them around the country.

Making face coverings out of a jersey rather than a flat piece of fabric presented challenges. Santos would have to sew a high-thread-count piece of cotton behind the breathable polyester to make them efficient at blocking viral particles. (Each one also has a pocket into which an additional filter can be placed.) At times, she’d have to work around seams that the needle of her sewing machine couldn’t pierce.

And for as many of them as possible, she tried to incorporate at least one easily identifiable element, such as the crest or part of the nameplate, to make it obvious that the mask was made from a USMNT or USWNT uniform.

“Every single one of them is different — they’re all unique pieces,” Santos said. “That was the fun part for me, trying to figure out how to make these look cool.”

Santos experimented with different designs, eventually settling on two templates: a standard version and cover for the N95 surgical masks worn by doctors when interacting with patients. Among the ex-players whose jerseys were transformed as part of the project were Abby Wambach, a World Cup winner and the leading scorer in USWNT history; Gregg Berhalter, the current USMNT coach; Cobi Jones, the all-time leader in appearances for the men’s team; and three-time Olympic gold medalist Heather O’Reilly.

The masks will be distributed to hospitals, fire and police departments and to former pro soccer players-turned physicians Marshall Leonard and Robbie Russell. One that originated from a jersey worn in the USMNT’s first match following the Sept. 11, 2011 terrorist attacks is destined for the 9/11 Memorial and Museum in New York City.

“People across the country realize that the mask they wear is becoming a little bit of a fashion statement,” said Chiampas, a longtime emergency room physician at Northwestern University’s medical center who has been dubbed the “Soccer Fauci” — a nod to Dr. Anthony Fauci, the United States’ leading infectious disease expert — by his USSF colleagues. “These masks protect you and protect others during this pandemic, but they also identify you as someone to whom the game of soccer is core to who you are.”

There is a bigger, more important aspect to it, too. As the first sport to return to the field amid COVID-19 both in Europe and in the U.S., soccer has had the responsibility of setting a good example for everyone else. Players, coaches and staff on Major League Soccer teams and those in the National Women’s Soccer League have been wearing their own branded face coverings during each circuit’s ongoing tournament. Los Angeles FC owner Tom Penn started a company that already has provided hundreds of thousands of disposable masks to the MLS, NBA and WNBA bubbles. The more people willing to imitate their sports heroes by donning face coverings, Chiampas believes, the more the spread of the virus can be slowed.

“Unfortunately, people are still struggling to implement the wearing of a mask in their daily lives,” he said. “But wearing a mask is one factor among several that is required for our ability to be able to play the game that we all love, from the youth landscape through to the professionals.

“It’s not just something that we’re jumping on,” Chiampas added. “It shows our youth players, our parents, our sport that wearing a mask is integral to our ability to continue to be able to play. Our hope is that were making a difference in curbing the pandemic, while also showing that this is a pathway for us to be able to get back on the field.”

Singaporean academic pleads guilty to being Chinese agent in Washington

Sat Jul 25 , 2020
consulate – Houston Chronicle A Singaporean man has admitted being an agent for Chinese intelligence, setting up a fake consulting firm in Washington as part of an elaborate plot to obtain information from US government and Pentagon officials. Jun Wei Yeo, 39, also known as Dickson Yeo, pleaded guilty to […] 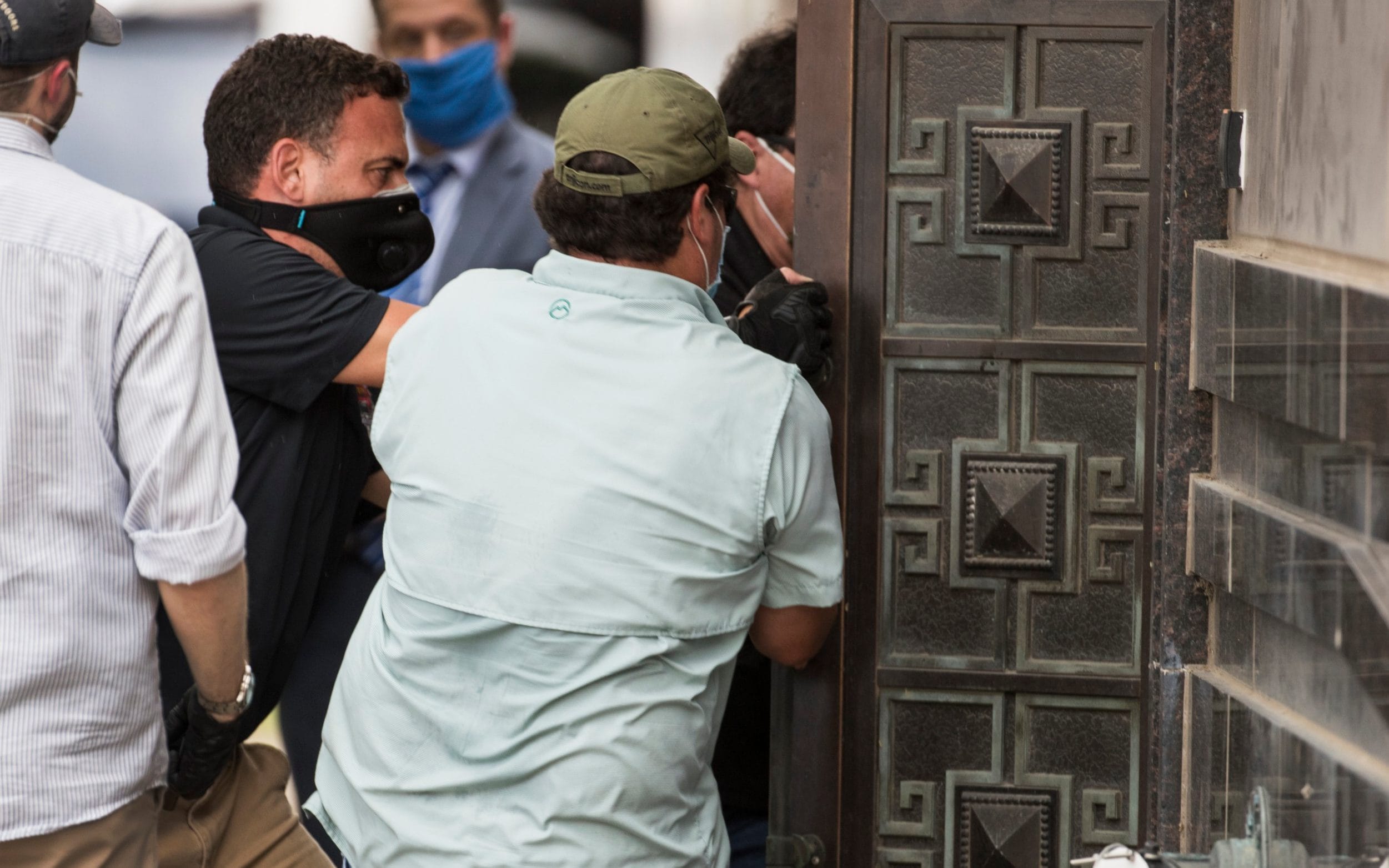