Education inequality in the United States was a problem long before the internet. With new educational tools requiring internet access, that inequality has only magnified. A 2018 study found that one in five US teens “can’t finish their homework because of the digital divide,” especially among Black teens and those from lower-income homes.

Making education more accessible, and at the same time adapting it to a digital era, is a universal struggle. But the small South American country of Uruguay—as it gains recognition for its “successful fight against COVID-19”—already had the skeleton of an emergency plan in place; the pandemic helped to flesh it out.

Uruguay isn’t often top of mind for average the American, so the fact that it is one of six countries to have successfully implemented the one laptop per child program (OLPC) offers essential food for thought: How couldn’t I have known about the country that’s fulfilling the “No Child Left Behind” promise that America seemed to forget?

Uruguay’s national virtual educational program, Plan Ceibal, was put in place long before quarantine – over a decade ago, in 2007. This longstanding project seems to have accomplished what the government and educators in Huntsville, Alabama are scrambling to do before school starts: connect to high-speed internet those who otherwise wouldn’t show up on screen.

Ana Maleplate was in the first generation of Plan Ceibal kids. “Well, it made us all connected and using computers in class,” she said. “I got the first computer that came out.”

In just five years, the World Bank confirmed that Uruguay “managed it”: “all 300,000 students in the country’s public schools each have their own computer.” They’re called ceibalitas, which – doled out along with internet access – students use at school and can bring home. They’re also adapted every three years, depending on educational needs.

A world in which the United States doles out one laptop to each child may seem far fetched, but it makes sense, given the increasing digital world we live in. (And if the whole thing seems extravagant and wasteful, Ceibal also recycles old computers into furniture and games for schools.)

A major barrier is population. The US is 149 times larger, with a population that’s 96 times larger. Uruguay, covering 68,000 square miles, is home to only 3.5 million people. Another way to imagine it: Just a third of the population of New York City on a busy day – but spread over the landmass of NYC, New Jersey, and all of Pennsylvania combined.

About 50.7 million US public school students are returning to school in fall 2020. Texas alone is spending $250 million on online learning for its 5.5 million public school students – 30% of whom don’t have adequate technology. Ceibal delivered 2 million laptops and tablets between 2007 and 2018, and with a national population almost 100 times smaller. Can the US get a similar national program going?

Nicholas Negroponte, a proponent of “one laptop per child,” commented that the worst that has happened to US schooling is private schools, which yanked out the people with the means to improve public education and disincentivized them to do so. This created a separate world that didn’t have to look at those they’ve left behind. Uruguay’s emphasis on equity for all has less room for the US’s individualistic and elitist aggravation of disparities in education.

“The prime advantage [of Ceibal] is that it’s designed to be instinctive to use,” said Ana. “[I]t’s universal, so every kid has access to one and every kid can learn how to use it on their own. There is no excuse for learning with this program.” Beyond the devices, in June 2020, Ceibal reported that 100% of public schools were equipped with WiFi networks. Although reliable connectivity in the home is far from universal, and exceptionally worse outside of the capital, there have been efforts to install free internet access in public places. In recent years, the state has also founded the public (and free) Universidad Tecnológica del Uruguay (UTEC), to combat the capital’s monopoly on connectivity and educational resources.

Among its many programs, Plan Ceibal also comes with a national online learning platform, Crea. Gabriel Ramos Machado has been teaching through Crea for more than two years, and explains a little bit of the evolution: “When they started with the Ceibal program, it was giving out those ceibalitas, a kind of ‘No One Left Behind’ sort of thing – one laptop for every child, so all children, even in the most rural areas, and regardless of their socioeconomic situation could have access to technology, to being able to learn more technology with the laptops. Then it just kept expanding.”

Through Crea, all public schools can access their class pages and send updates, messages, and homework. This allowed teachers and students to be able to contact each other more easily, and through an already-established platform, during the pandemic. While many US universities use online learning platforms, Crea is meant for much younger students, from elementary to high school.

“Having that made Covid more manageable and easier for us here than it did in a lot of places,” said Gabriela. “I have friends who are teachers in Canada for example, and they had to scramble to figure out some system to be able to continue teaching the kids. So here, we already had something – there was already that means for the kids to work in Crea. Now they just had to do it on a grander scale.”

In all of the praise of connectivity, it should be mentioned that Ceibal isn’t without its difficulties and drawbacks. A 2018 study found failures to create a system which rewarded kids for academic use of Crea and the ceibalitas.

As Miguel Brechner, former director of Plan Ceibal, has said, “computers are not magic, but they will improve the education system.” While Uruguay has universal access to computers, educators are working on fostering motivation. But if US students are already motivated, and we work towards universal internet and computer access, why shouldn’t that formula bring us toward the magic of equal and equitable access to education?

Sun Sep 13 , 2020
The Big 12 began the day with an awful showing as Iowa State and Kansas State each lost at home to Sun Belt foes. But the league’s powers brought plenty of force later in the day as Oklahoma and Texas both cruised to easy wins. The Sooners jumped out to […] 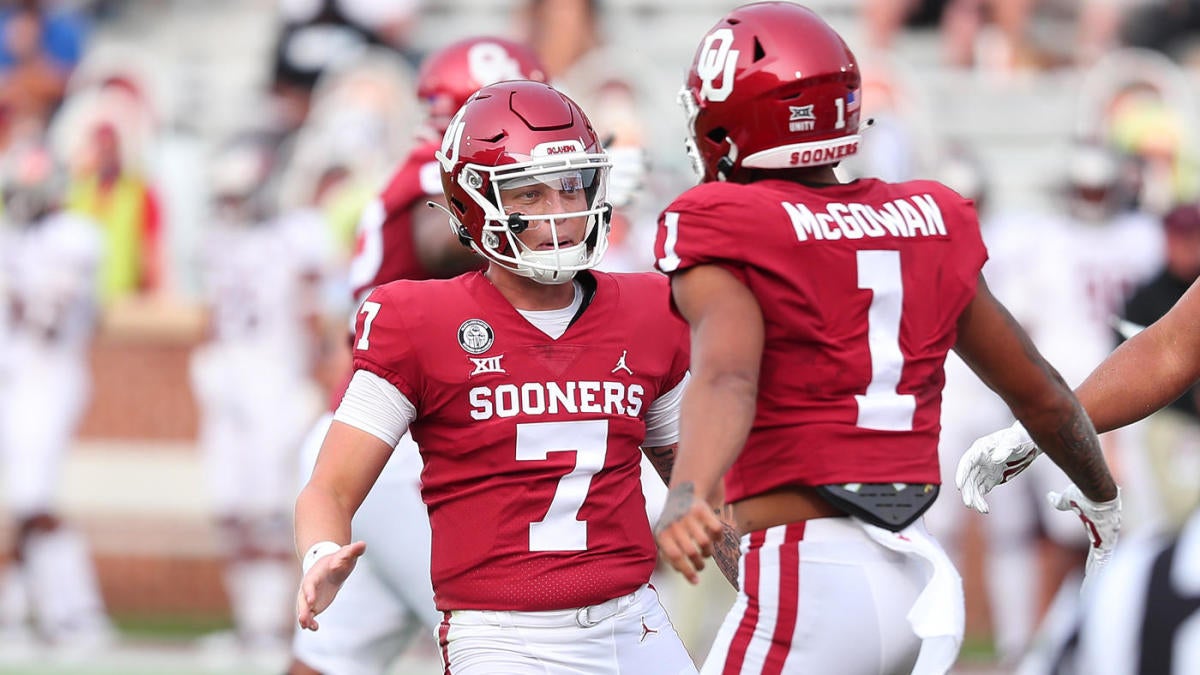