Teaching your kids to ride a bike is a task that every parent will face, and there are multiple ways to go about it.

Typically, the process consisted of a number of months using stabilisers followed by that unnerving-but-joyous day when the stabilisers came off. The invention of the balance bike put paid to that timeline for many households, allowing toddlers to master the coordination of steering before they’re tasked with pedalling.

The balance bike method seems a much safer series of events, but it does come with the caveat that your first trip to the bike shop happens earlier than it otherwise would. This ultimately leads to an extra bike in the stable and an additional hole in your budget, albeit thankfully, a balance bike will be loose change in comparison to the bikes your kids are going to want when they grow up.

Kids’ bikes, by virtue of their users’ tendency to not look after anything, have a habit of being left out in the rain, dropped and scraped, so will generally wear out much faster than they otherwise would.

And then there’s that annoying thing that kids do… growing. Whether it’s a new school uniform, new Air Jordans, a replica pair of Messi’s football boots, or a new bike, children seem to have an uncanny ability to grow right after you buy them something expensive. There even seems to be an ongoing race between whether they can wear something out before it becomes too small.

For these very reasons, it’s probably worth being budget-aware when shopping for kids’ bikes, as it probably won’t be long until the time comes around again. And sure, you could wait for some Black Friday kids’ bike deals, but there are great deals available right now.

So, just like you’ll hunt down the best bike deals when buying a new bike for yourself, and you’ll browse thousands of cycling deals before treating yourself to that new waterproof jacket, check out the best kids’ bike deals below.

Was $99.99  | Now $89.99
A basic, single-tube balance bike frame that is designed to be affordable and easy to use. Strider is a well-known brand in this sphere, and it’s certainly one to consider. View Deal

Was $109.96 | Now $99.00
Quite an odd conception, but definitely one your kids will like. This balance bike uses a clear plastic frame, inside which the makers have integrated flashing led lights. View Deal

Strider 12 Pro | 18% off at Competitive Cyclist

Was $169.99  | Now $138.99
Starting the kids off with a balance bike is one of the best ways to teach them how to use a bicycle, getting them used to steering before they’re ready to pedal. This Strider Pro is a great deal at 18% off.View Deal

Was £124.99  | Now £119.99
Giant is a very well known brand across the world, and if you follow the technical side of cycling, you’ll have heard of it. Based on that, you can be confident that the Pre Push balance bike will be well made and backed up with excellent customer service. View Deal

Was £189.99  | Now £149.99
Commencal bikes are used at the very top of the mountain biking world, so why not give your kids the coolest start to their cycling career with this balance bike. View Deal

Was £230.00  | Now £165.00
Balance bikes might be considered a little bit boring at times, but not this one! Designed to replicate a BMX, this model from WeThePeople is possibly the coolest we’ve seen. View Deal

Was £279.99  | Now £269.99
With 20in wheels, this one is for kids between around 7 and 9 years of age. Its pink colour scheme probably makes it more appealing to girls, but not exclusive. The front suspension, six gears and strong aluminium frame make this kids’ bike well equipped for the task at hand. View Deal

Was £325.00 | Now £290.00
Using the beach cruiser design, this Electra Sprocket is suitable for kids between 7 and 9 years of age with its 20in wheels. Two colours are available, and both of which come with a rack and mudguards. View Deal

Was £350.00 | Now £315.00
With 20 inch wheels, it’s one for kids between around 7 and 9 years old. There are four colours, and it features three gears built into the rear hub – perfect for kids who might otherwise drop their bike onto the derailleur and damage it. View Deal

Was £399.99 | Now £379.99
A stunning-looking rigid kids mountain bike with 24 inch wheels, hydraulic disc brakes and 7 gears. Suitable for kids between around 10 and 13 years of age, and would make a great bike for budding mountain bikers. View Deal

Was £449.99 | Now £427.49
Mango in colour, this is a traditional-looking step through bike with 24 inch wheels, a basket on the front, white-walled tyres and three internal gears. View Deal

While that is a short roundup of the kids’ bike deals we think are worth sharing at the moment, there are plenty more where that came from.

With more and more kids’ bikes becoming available every day, with it come new deals and greater savings, but as with any sale, the discounted prices are available while stocks last, so we can’t promise the above deals will remain available forever.

If our selection of kids’ bike deals haven’t supplied you with what you need, we won’t just leave you hanging. Instead, we’re happy to provide you with the tools to help you find your own.

Not every one of the following retailers sells kids’ bikes, but they all have a connection to cycling in some regard, whether that’s accessories, clothing or tech.

Competitive Cyclist is often the first place we look for deals. There’s not a huge selection of kids’ bike deals at the moment, but we expect that’ll change regularly.

BackCountry, the US outdoor sports retailer, is one of the United States’ go-to online retailers for two-wheeled tech. Connected to Competitive Cyclist, the availability usually crosses over between both, but there are occasionally additional coupon codes worth looking out for.

Jenson USA is one of the biggest cycling retailers in the world. At the moment, kids’ bike deals aren’t entirely plentiful, but we expect the deals to ramp up between now and Black Friday.

Rei is another outdoor retailer based in the USA. There’s always a sale, and a couple of its kids’ bike deals have made it into our picks above.

Moosejaw doesn’t generally have a huge number of bikes available, but among the few that do feature, there is often a disproportionate amount of great deals available.

Tree Fort Bikes has a range of road, gravel and mountain bikes on offer, including a number of bikes from Salsa, Surly and Giant.

Walmart isn’t a cycling retailer by any means, but if you’re looking for a budget kids’ bike, then you probably ought to check it out.

Halfords is one of the biggest retailers of kids’ bikes in the UK. Generally devoted to the budget end of the spectrum, so even without a discount, there’s often a budget kids’ bike to be had.

Wiggle is one of the world’s largest online cycling shops, supplying over 70 countries with its range of kids’ bike deals.

Chain Reaction Cycles is owned by Wiggle, and therefore shares many of the same cycling deals as well as an international audience.

Evans cycles is one of the oldest cycling retailers in the world, it is a British company that services the world via its online store. For even more deals, check out our Evans Cycles deals.

Amazon isn’t exactly the first retailer you think of when shopping for your bike but there’s little the world’s largest retailer doesn’t sell, such as tablets for Zwift or Garmin computers.

Tredz is another British retailer with international delivery options and a range of great cycling deals.

Rutland Cycling is yet another British retailer that operates internationally.

Tweeks Cycles is more UK-focussed, but there are still some great deals worth checking out.

Hargroves Cycles is a retailer based in the UK and regularly discounts road and gravel bikes.

Cyclestore, one of the UK’s lesser-known retailers, often has Specialized products at the best available price.

Leisure Lakes is another UK retailer. With 11 stores, it’s a relatively well-known franchise, and will happily ship overseas.

Thu Aug 13 , 2020
Over 20.7 million people across the globe have been diagnosed with COVID-19, the disease caused by the new respiratory virus, according to data compiled by the Center for Systems Science and Engineering at Johns Hopkins University. The actual numbers are believed to be much higher due to testing shortages, many […] 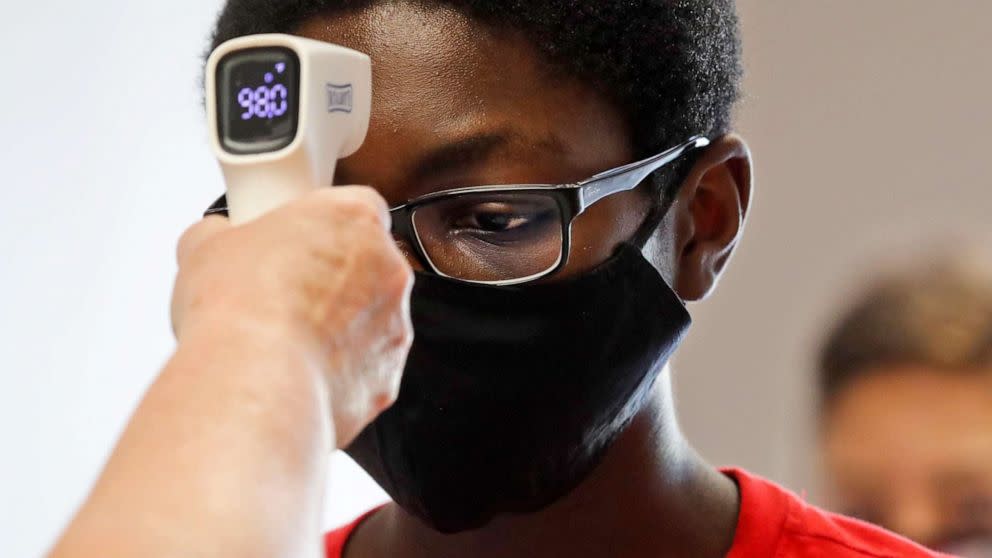