For the past four months, Antonio Izzo, 25, has lived in a group home aroiund the clock. And his family is feeling the consequences of the separation, his mom said.

Before the pandemic, he’d spend every weekend back home with his parents and three younger siblings. They’d laugh at how he loved to sing in the shower and talk about the public transit system.

During the week for the past four years, Antonio, who has autism, lived at a group home in the Redland to gain independence.

But COVID-caused isolation has created loneliness in Antonio Izzo and the rest of his family. It’s just one of the many challenges that people with disabilities have faced during the pandemic.

Giovana Izzo, who lives near Brickell, said the hardest times are when she realizes her son feels abandoned.

“This is his house and he has a bedroom here, too,” she said. “So when he says things like, ‘How come you’re not picking me up?’ or ‘I feel left behind,’ it’s painful.”

Antonio Izzo said he feels connected to his family through FaceTime and virtual games. And virtual sessions with speech and occupational therapists also keep him connected to other people.

“They always tend to make me feel better,” he said.

Before looking at a computer, TV or phone, he braces himself for the excitement of talking to family or the worry about COVID-19 news.

Giovana Izzo also has to remind herself to keep it together, not knowing the next time she’ll get to hug her son.

Andi Allen’s biggest concern when the pandemic started was how people with disabilities, who frequently feel marginalized, would cope with social distancing.

Allen, based in Fort Lauderdale, is the Florida state director for Best Buddies, an organization that promotes inclusiveness for people with intellectual and developmental disabilities. Her job over the past several months has involved shifting Best Buddies programming to a virtual environment.

“There was a lot of work to do and a responsibility to the community to make sure that we made the necessary shift so that we can continue to promote inclusion, even if it’s virtual,” she said.

Best Buddies hosts virtual gatherings multiple times per week, Allen said. Some are for job training, others for social media etiquette or how to deal with emotions. And there’s also some fun like virtual dance parties and games.

Allen’s 19-year-old sister has Down syndrome and lives in Michigan with their father. She usually goes to school year round, but hasn’t been able to because of the pandemic. Allen said she’s benefited from connecting with some of the Best Buddies in Florida instead of her usual social experiences.

“When you encounter someone with an IDD (Intellectual and Developmental Disabilities), I encourage you to be inclusive and be yourself,” she said. “Treat them like you would any one of your friends. If you open up your world to their world, your world will be greatly enhanced.”

Despite the benefits of virtual platforms, Patricia Ruiz, Miami Speech Institute director, said it doesn’t work for everyone. Younger children aren’t in the ideal age range for teletherapy, and many in-person therapies have been put on hold.

“My therapists face a lot of challenges,” she said. “It’s very hard. And parents sometimes need to remember that we’re doing things virtually for the first time. It’s new for everyone.”

“What COVID has done is stripped away the routine and it greatly diminished the dosage of treatment,” he said. “So there’s regression, there’s an active loss of skills on a regular basis.”

Previously, children’s lives and outlets were balanced between school, therapy, extracurriculars, other caregivers and the home, Alessandri said. Now, everything is at home, and parents are getting overwhelmed and disappointed in the regression.

“The layers of heaviness for a family are quite exhausting,” he said.

Randy Greene, 25, uprooted his life in Jacksonville to move back to Cooper City, where his mother lives. In March, the two decided that it would be safer for him to social distance from home in Broward County.

Greene, who has Down syndrome, lived independently with a roommate in a community for people with developmental disabilities. He said he loved his job as a greeter at Mercedes-Benz.

“Toward the middle of March, it started to weigh on Randy a bit,” said his mother, Nina Greene. “He got anxious and it was hard for him to figure out how to deal with it. We thought it best for him to come home for what we thought at that point would be a much shorter period of time.”

He has kept busy and engaged by staying in touch via Zoom with his friends from high school, peers in Best Buddies and co-workers from Jacksonville. Nina Greene said “he’s lighter” after touching base with other people. He has also spoken with a therapist a few times since March.

“I’ve felt really anxious,” Randy Greene said. “It was really tough, but I manage it, and I’m trying to stay safe.”

“It’s a community that can feel exceptionally isolated to begin with,” Nina Greene said. “So now you’ve taken this community and they are even more isolated because they’re doing quarantine like everyone else. But that makes it harder for them to have interactions with other people.”

“A lot of the families that I work with have used this period to do a lot more hands-on instruction with their kids and develop skills in areas that were challenging for them,” she said.

Face-to-face meetings in her practice would take from 75 minutes up to 10 hours, which would place both patient and provider at high risk for COVID. So they’ve switched to telehealth and hybrid models of treatment for neurorehabilitation.

But still, families with fewer resources have had difficulty with technology, dropped calls and privacy, Naidoo said. Access continues to be an issue not only with medical treatment but also school and work for many groups.

“When you hit a crisis and you have to shift completely,” she said. “We’ve become a lot more efficient in doing what we need to with a minimal amount of contact.”

As virtual therapy continues, therapists have the benefit of seeing children in their natural environments rather than a clinical or school setting, said Mandy Alvarez, speech and language therapy director at Integrated Children’s Therapy in Miami.

“We’re able to take daily routines and really make those opportunities for rich interaction with parents,” she said.

But as people return to work and feel tired of the online work, she has noticed parents less engaged in the therapy than in March and April. And there’s added anxiety as the pandemic worsens in South Florida, and there is concern about what the school year will look like.

Alvarez added that in most years, the late spring and summer is used to get kids “school ready,” but that process was lost this year.

Broward’s superintendent announced that the district is considering exceptions to virtual learning for students with special needs, recognizing the challenges that online settings present. These classes would be self-contained because research has shown that people with disabilities such as cerebral palsy, Down syndrome and autism are most likely to become infected by and die from COVID-19, especially at younger ages.

“If we have to do remote for children with special needs in the fall, particularly significant special needs, I think it’s going to be really problematic in terms of longer implications on their development,” UM’s Alessandri said.

Diana Abril said that will be the case for her 4-year-old son, Lucas, who has autism.

When school went remote in the spring, his preschool teacher sent work home, but the plans were for his neurotypical peers, not personalized. His therapists also “basically abandoned him,” she said.

“He needs these therapists. He needs the individualized in-person instruction,” said Abril, an attorney who lives in Palmetto Bay. “He’s not going to learn otherwise. … This was not a tenable situation for a home with working parents, small children and specifically a child with a disability.”

How a Chinese agent used LinkedIn to hunt for targets

Sun Jul 26 , 2020
Dickson Yeo Jun Wei Yeo, an ambitious and freshly enrolled Singaporean PhD student, was no doubt delighted when he was invited to give a presentation to Chinese academics in Beijing in 2015. His doctorate research was about Chinese foreign policy and he was about to discover firsthand how the rising […] 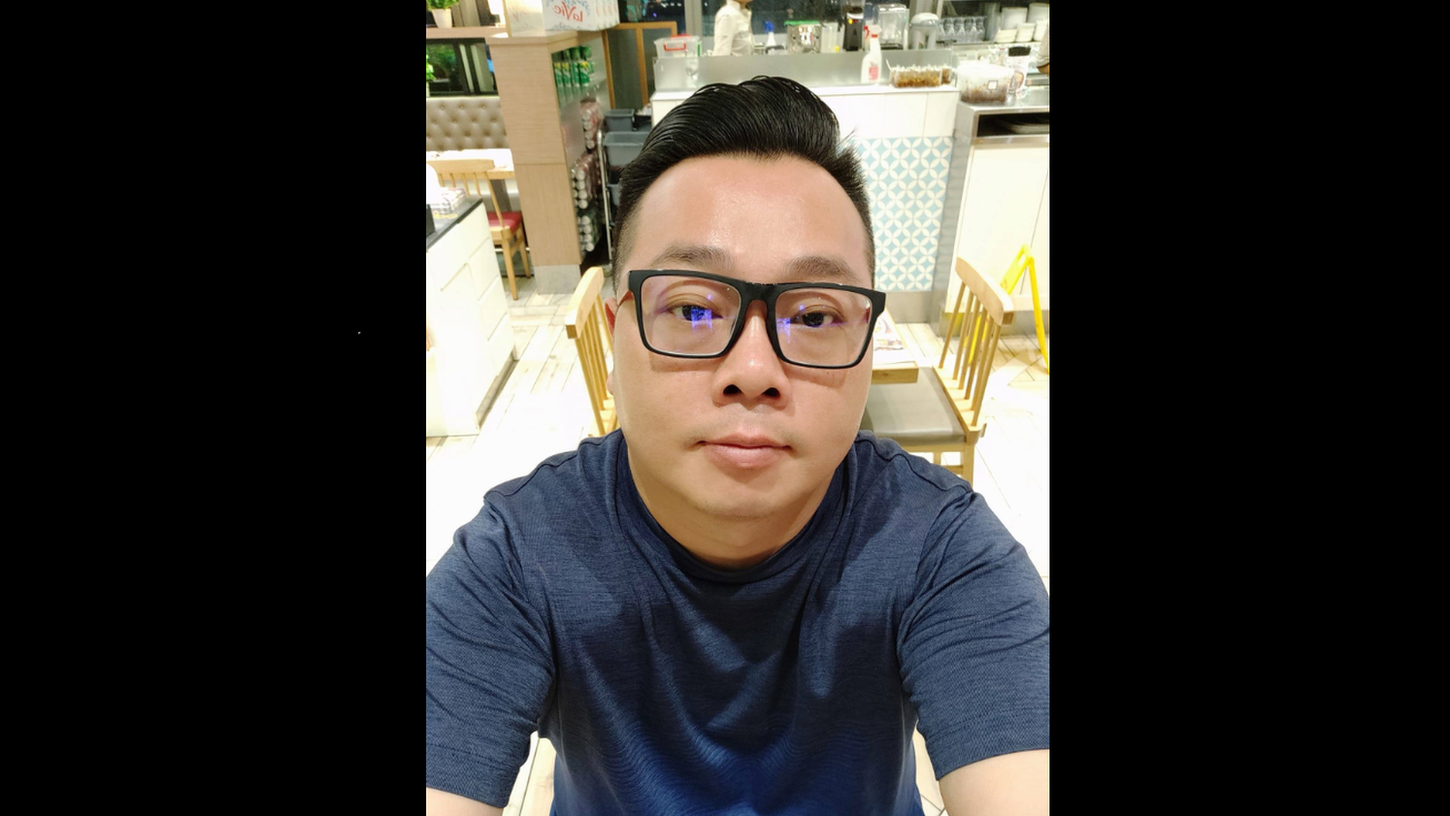