The Trump administration rescinded Tuesday an immigration order that would have forced more than 10,000 international students in South Florida and at least a million nationwide to attend classes in person during the pandemic this fall — or face deportation.

Foreign students with an F-1 or M-1 student visa would have been required to take at least one in-person class to maintain their legal status. If their school planned to offer only online classes in the fall due to the surge of COVID-19 cases, as Harvard University has said it will do, the students would have had to transfer to another school, not be allowed into the country or be deported.

The directive, announced by U.S. Immigration and Customs Enforcement on July 6, caused upheaval in higher education. The president of Harvard, which announced on July 6 that all of its undergraduate courses would be taught remotely, called the measure “cruel.”

Harvard, along with the Massachusetts Institute of Technology, filed the first lawsuit against the federal government, arguing the policy jeopardized public safety and pushed schools to reconsider fall learning plans.

Dozens of other colleges and universities, including the University of Miami, and companies, such as Google and Facebook, joined that lawsuit, while other universities filed their own. The attorneys general of at least 18 states, including Massachusetts and California, also sued.

International students, who often pay the full cost of a university’s tuition, contributed $41 billion to the U.S. economy and $1.6 billion to Florida in 2018, according to the U.S. Department of Commerce.

At the start of a hearing in Boston related to the Harvard and MIT lawsuit on Tuesday, U.S. District Judge Allison Burroughs announced that immigration authorities and the two universities had agreed to a settlement.

She said ICE weighed the impact on foreign students and decided to reinstate the lose regulations implemented in mid-March for the Student and Exchange Visitor Program. Under those rules, which came when the number of COVID-19 cases first began to surge in the United States,the government gave international students flexibility to take all of their classes online to protect themselves from the spread of the virus.

Prior to the pandemic, international students could only take one course online, as per U.S. immigration rules.

‘A triumph for international students’

The news brought an enthusiastic response to hundreds of thousands of students.

Sayuri Izquierdo, a Florida International University student from Ecuador, said that as soon as she realized the order had been scrapped, she yelled to her mother, who was with her at her home in Quito: “We won! This is a triumph for international students!”

Izquierdo, a junior studying international business, said she has not slept well since she first heard about the immigration order last week. The 20-year-old said getting a full ride at FIU, a public university based in Miami, has been the “best news of her life.”

“I was very scared,” Izquierdo said. “I have always been very grateful to FIU and the U.S. government for giving me this opportunity, and I was afraid of losing it. I am very happy that they changed their minds.”

Colleges and universities also joined in her celebration. In a statement emailed Tuesday afternoon, Juan Mendieta, a spokesman for Miami Dade College, the nation’s largest community college, said: “We are pleased.”

MDC, with more than 1,350 international students — or 16 percent of its students — plans to offer classes online and in person during its fall term, which begins Sept. 1.

St. Thomas University President David Armstrong said the Miami Gardens private institution added its name to a letter from the Association of Catholic Colleges and Universities criticizing the move, and planned to support Harvard and MIT’s suit.

More than 300 international students are enrolled at STU, representing about 6 percent of its student population. The university plans to acommodate in-person classes online for those who don’t feel comfortable going to campus.

“I understand why the administration made this decision. They were trying to get colleges and universities to open for the fall; however, I don’t think this was a good policy, so I am glad they have now walked back from it,” Armstrong said.

Meredith Amor, a spokesperson for Barry University, said the private university near Miami Shores is “pleased” students will no longer have “the burden of added concern” this fall. Barry, which will offer face-to-face courses with online components, expects to enroll 500 international students, or 6 percent of its student body.

“This will allow leaders of colleges and universities to make the best decisions for their individual campuses,” she wrote in an email.

Not letting their guard down

In an emailed statement, Pablo Ortiz, vice president of regional and world locations at FIU, said the rules created “a great deal of anxiety” for the school’s 3,400 international students, or 6 percent of all FIU students.

“We recognize that this issue may not be fully resolved and await additional guidance from the Department of Homeland Security,” he said. “We will continue to work with our international students to make sure they are able to progress academically.”

An international student who just earned his associate’s degree in arts and civil engineering at Miami Dade College and will transfer to FIU this fall said he’s not sure the fear about his educational status will go away. The Miami Herald has not revealed the student’s name for fear of retaliation by immigration authorities.

“I never expected this. It was never something that I imagined could happen,” he said, referring to the July 6 ICE directive. “But now that I know, I’ll probably always think about it.”

Born and raised in Venezuela, he said he can’t finish his degree if he’s sent back to his collapsing home country. “It’s so stressful,” he said.

“Thankfully, this attack on students is over,’’ she said in a statement. “But the administration will undoubtedly continue in its failure to protect the people in America by using the pandemic for its hateful agenda to dismantle our immigration system,” she said. “Our fight continues.”

Information from the AP was used in this story.

Some California students won't be required to wear masks this fall

Wed Jul 15 , 2020
K-12 students in Orange County, California, can return to the classroom this fall without the need to wear face masks or abide by social distancing requirements, the Orange County Board of Education voted Tuesday. The decision comes as the Golden State is seeing a surge of coronavirus cases and Orange County showing […] 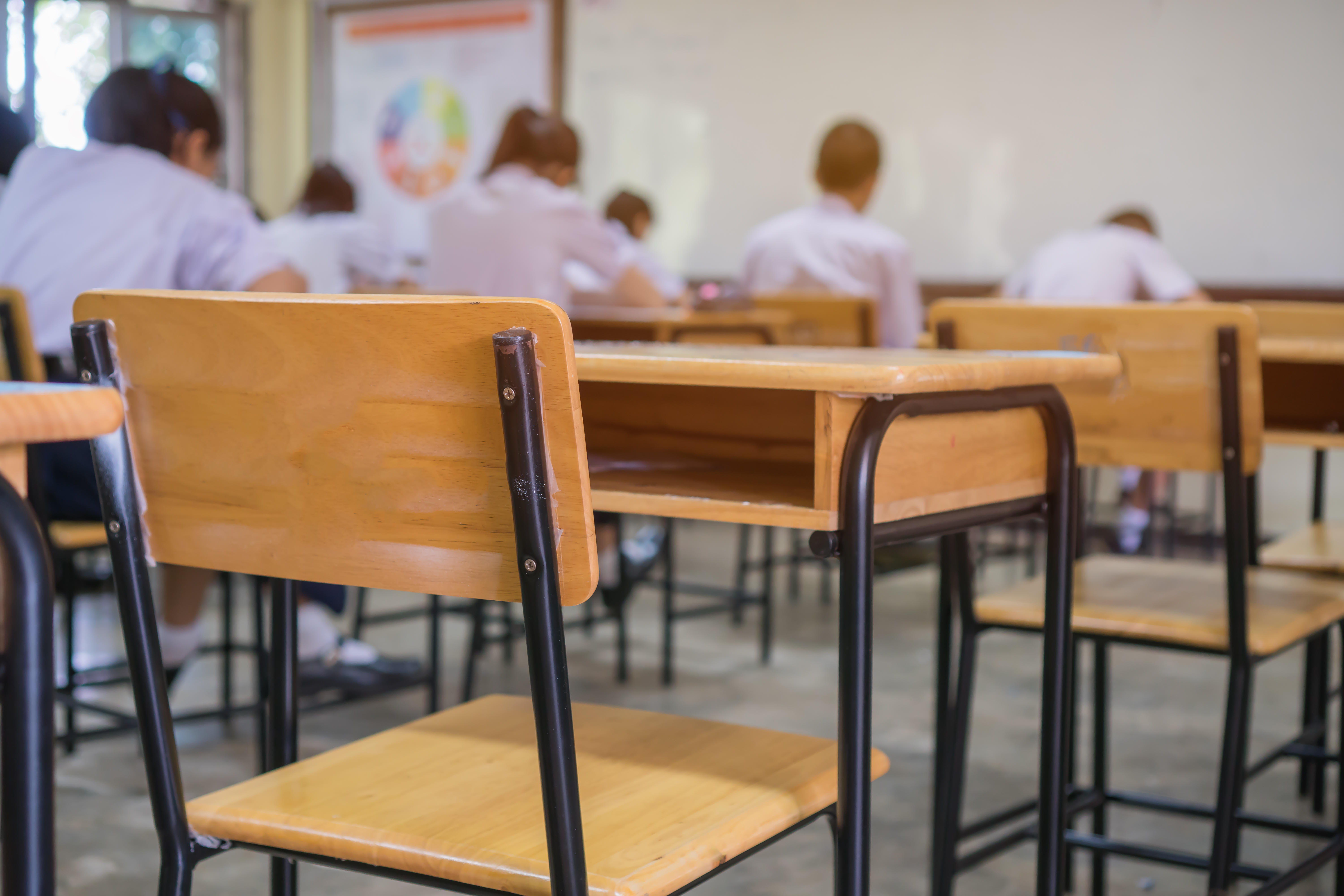