Universities have been scrambling to figure out how to support international students in the United States as the Trump administration threatens to deport them.

On Monday, Immigration and Customs Enforcement announced a new policy that forbids international students with F-1 and M-1 visas to remain in the United States if their schools are “operating entirely online.”

But the rules have sown confusion among universities.

With “very little information” included in the announcement, ICE has “put an entire system of educational institutions in upheaval without clarity around what is required of a hybrid model,” Manar Waheed, Senior Legislative and Advocacy Counsel at ACLU told Insider, who said this decision is a by-product of the “Trump administration exploiting a pandemic to target more people just because they’re immigrants.”

Many universities, including New York University and Boston University, where international students constitute 20% or more of the student population, have announced plans to operate under a “hybrid model,” which combines both in-person and online courses.

“NYU’s academic program for the fall [should] ensure our international students are in compliance as long as they enroll in either an in-person or blended class,” Josh Taylor, Associate Vice Chancellor of NYU Global Programs, told Insider in an email.

But the guidelines released by ICE still lack clarity, experts told Insider, leaving many students confused about where they stand and universities unsure of how to protect them.

Ambiguity around the rules has left universities scrambling

The guidelines state, for example, that while a student with an F-1 visa enrolled in schools adopting a hybrid model “will be allowed to take more than one class or three credit hours online.”

These schools must also, according to the rules, certify that “the program is not entirely online, that the student is not taking an entirely online course load this semester, and that the student is taking the minimum number of online classes required to make normal progress in their degree program.” Yet there remains little clarification on what determines that minimum standard.

Additionally, the guidelines state that students pursuing vocational degrees while on M-1 visas, or students in English training programs while on F-1 visas are not permitted to enroll in any online courses, appearing to leave them in limbo.

Universities with the “hybrid model” may be able to keep the students in the US. Shoba Sivaprasad Wadhia, the Director of the Center for Immigrants’ Rights Clinic at Penn State University, told Insider that the “hybrid model” could be read “generously” to satisfy ICE’s requirements.

“If I teach immigration law next fall, and it’s twice a week, and one day is in person and one day is online, that satisfies the hybrid model,” she told Insider.

But in some cases, universities offer very limited options for in-person courses, causing chaos for students.

Bowdoin College announced in June that they will proceed with an online learning model with first-year students and a few others on campus in the fall. Bowdoin’s spokesperson Doug Cook emailed Business Insider that the plan is “still intact.”

Wadhia said that whether research credits or dissertation hours for Ph.D. candidates not enrolled in coursework will allow them to remain in the US depends on how the university “codes” these hours.

The parameters of “hybrid” courses remain unclear, but ICE’s new guidelines state that the US State Department “will not issue visas to students enrolled in schools and/or programs that are fully online for the fall semester.” This means these students have no choice but to opt to take in-person courses, assuming that their institution offers such options.

“Universities are being forced into making choices about the health and safety of their faculty, staff, and students versus ensuring that international students are able to be here and study,” Wadhia said.

The US Department of Homeland Security has yet to provide further clarification. It stated in its original announcement that it plans to publish the “procedures and responsibilities in the Federal Register as a Temporary Final Rule,” but it’s unclear when they’ll come.

Meanwhile, Harvard and MIT have filed a lawsuit against the Department of Homeland Security and US Immigration and Customs Enforcement over this new policy.

Universities across the nation, including Cornell, Princeton and Stanford have also announced intentions to file amicus briefs in support of Harvard and MIT in their lawsuit, and the University of California has announced its intent to sue the federal government for “violating the rights of the University and its students” in a separate lawsuit.

As uncertainty looms over universities and international students, many of whom already face many difficulties due to travel restrictions in the pandemic, a number of faculty across the country have voiced out on social media that they will support international students that face “removal from the country” by offering a 1-unit in-person independent study.

Sara Wallace Goodman, an associate professor of political science at the University of California, Irvine, tweeted that she’ll do one-unit courses to help students remain in the US. Her tweet has garnered attention from faculty and students across the country.

She told Insider that she’d like to see other professors commit to similar strategies as well.

“It’s not about the retweets, but other professors for committing to it as well,” she said. “And also thinking creatively about establishing labs or one-credit courses as a way to use our agency to step in and offset what we see as an unjust policy.”

Thu Jul 9 , 2020
NASHVILLE, Tenn. – If everything had gone according to plan, Missy Wood thought she’d have a job helping at-risk youths by now.  Wood, a recent graduate of Middle Tennessee State University, saw her internship with Court-Appointed Special Advocates end abruptly in March as the COVID-19 pandemic took root in Tennessee. She […] 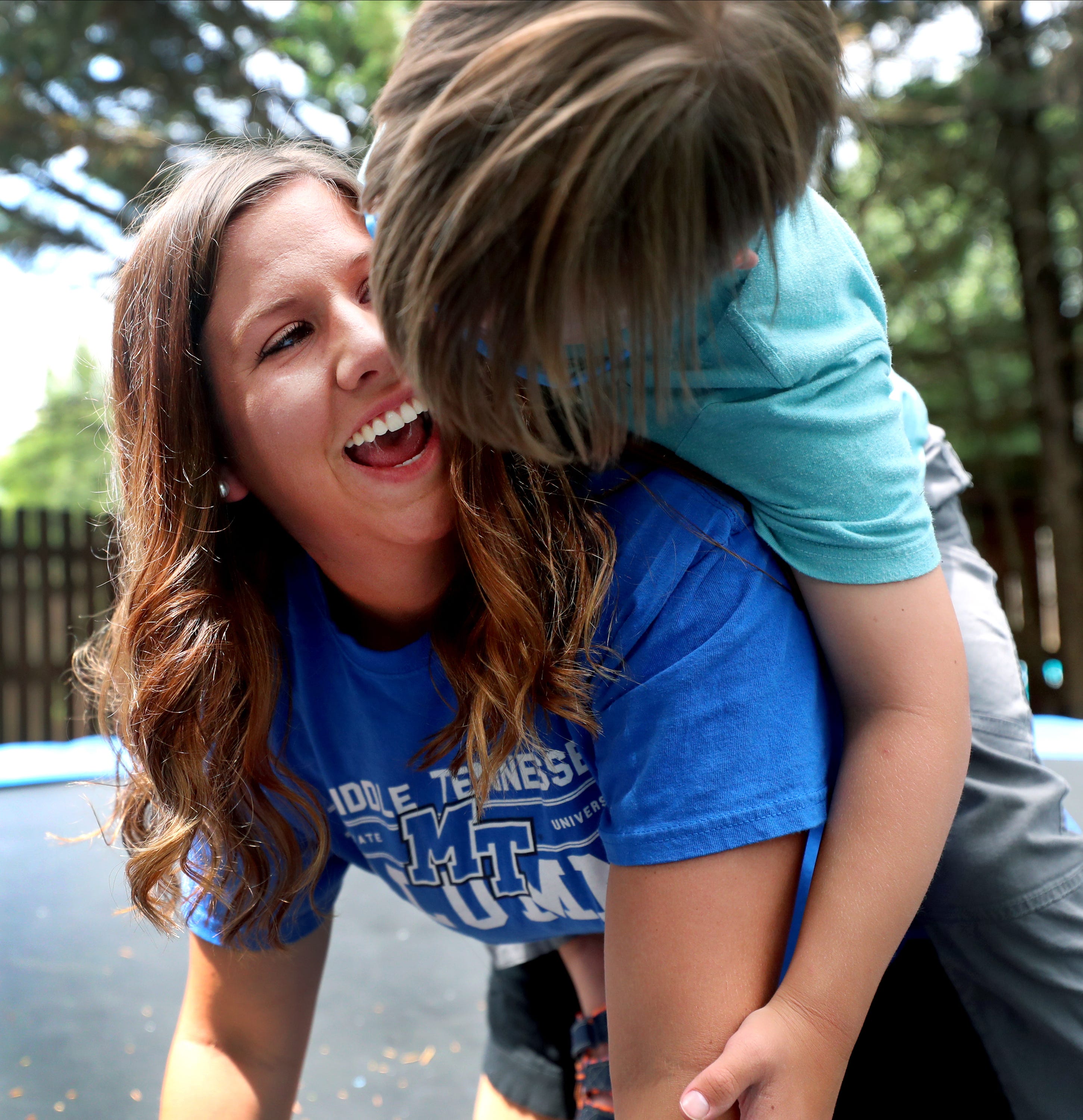