By Panu Wongcha-um and Kay Johnson

BANGKOK (Reuters) – Over two days of video calls earlier this month, about a dozen students from Thailand’s Kasetsart and Mahanakorn universities debated whether to break a taboo that could land them in jail: openly challenging the country’s powerful monarchy, according to two people on the calls.

Protesters on the streets and online have made a growing number of veiled references to King Maha Vajiralongkorn over the last few months as they push for greater democracy, but nobody had dared make a public call for changes at the palace.

The students discussed on the calls a Harry Potter wizard-themed protest and considered stopping short of open confrontation by only mentioning “He-Who-Must-Not-Be-Named,” a reference to Potter’s archenemy in the J.K. Rowling books, the two participants said.

The argument for a clearer – but riskier – statement won out.

On the evening of Monday, Aug. 3, human rights lawyer Anon Nampa, 35, took the stage at Bangkok’s Democracy Monument and called for the palace’s powers to be curbed, an extremely rare event.

“No other democratic countries allow the king to have this much power over the military,” he told about 200 protesters, with police standing by as he spoke. “This increases the risk that a monarchy in a democracy could become an absolute monarchy.”

While the country has been roiled by decades of political turmoil, street protesters have not previously sought changes to the monarchy, which the constitution says must be held “in a position of revered worship.”

Any form of challenge to the monarchy was extremely rare under Vajiralongkorn’s father, King Bhumibol Adulyadej, who died in 2016 after 70 years on the throne.

Neither Anon nor any of the protesters have been charged with breaking Thailand’s ‘lese majeste’ law, which punishes criticism of the monarchy by up to 15 years in prison.

However, on Friday Aug. 7 police said Anon was taken into custody and charged with several offences relating to a separate protest on July 18, including “raising unrest and disaffection amongst the people,” which carries a maximum seven-year sentence.

Anon has denied all charges, said his lawyer Weeranan Huadsri. He was freed on bail on Saturday.

The Royal Palace declined to comment on the protests or the more outspoken calls for royal powers to be curbed.

Defence Ministry spokesman Kongcheep Tantrawanit said: “Don’t draw the monarchy into conflict, it is not appropriate. The monarchy is a centre of unity for the Thai people.”

SWEPT UNDER THE RUG

Anon’s open call for reform underscored the scale and speed of change in Thailand as some members of a new generation take on an establishment tied to the close relationship between the palace and the army. The king, a former army officer, is officially commander-in-chief of the armed forces.

“This is an issue that people want to talk about,” said Patsalawalee Tanakitwiboonpon, a 24-year-old engineering student at Mahanakorn University who helped plan and spoke at the protest on Monday. “It has been swept under the rug for so long. So we think it is better if we can talk about this issue rationally and in the open.”

The latest series of protests have grown from a handful of peaceful, online-organized flash mobs, mostly on university campuses, to dozens of street demonstrations across Thailand and millions of people following hashtags online such as #FreeYouth.

The reaction from authorities, so far, has been limited. Prime Minister Prayuth Chan-ocha, who first took power in a 2014 military coup, told reporters on Aug. 4, the day after Anon’s speech, that the government was open to talking to the students. He said on June 15 that the king had requested no prosecutions under the lese majeste law.

Army chief Apirat Kongsompong was not so conciliatory. In a speech to cadets on Aug. 5, he said:  “COVID is a curable disease, but hating the nation, hating one’s own country, this a disease that is not curable.”

On Aug. 4, the day after the protest, Anon told Reuters he was “not too worried” about being arrested. He had planned to speak out about the monarchy at two further protests in coming days, according to his Facebook page.

The police said in a statement on Friday that Anon and another organizer were arrested because it had received complaints about the July 18 protest and that an investigation was under way. Police declined to say who had complained or describe the nature of the complaints.

The police did not explain why Anon had not been charged under the lese majeste law for his speech at the Aug. 3 protest.

Even though King Vajiralongkorn spends much of his time in Germany, his image is pervasive in Thailand. Gold-framed royal portraits look down on city streets. Cinemas play a royal anthem at which audiences are traditionally expected to stand.

Many Thai conservatives say the bond between the monarchy and army is a guarantee of stability. The military strongly supports the palace’s position as Thailand’s highest moral authority, with its head taking an unprecedented public oath last year to only support a government that backs the monarchy.

Some analysts say the military uses its close association with the monarchy to justify its prominent role in Thai politics. Ex-army chief Prayuth has appointed three retired military leaders to cabinet positions and more than a third of Senate seats are held by current or former military officers.

Meanwhile, the king has strengthened his constitutional powers since he took the throne in 2016. In his speech, Anon gave two examples of the king accruing powers he described as incompatible with democracy: Prayuth’s government transferring two army units to the king’s personal control in 2019 and moving the crown’s vast property holdings into the king’s name in 2017.

“Yes, I am afraid, but if we don’t come out to talk about what is necessary then the problems will continue,” said student Thanapol Panngam, 27, one of the organizers of Monday’s protest.

So far, only a handful of the dozens of student protest groups have openly criticised the monarchy, but they are united in demanding change after a disputed election last year which allowed former junta leader Prayuth to retain power. Critics say the election was pre-determined by rules written by the military that automatically gave Prayuth a significant number of votes. Prayuth says the vote was fair.

“Our main ideology is to promote democracy,” said Jutatip Sirikhan, 21, president of the Student Union of Thailand, which has helped organise the protests and has not criticised the palace.

The protests took off around the beginning of this year after courts banned the opposition Future Forward party, which had emerged from obscurity to a surprisingly strong third place in elections, helped by wide youth support for its call to end the military’s dominance over the country’s politics.

“How’s the weather in Germany?” read one placard at one of the first campus protests in Bangkok in February, a seemingly innocuous question but one that most Thais would recognise as a reference to Vajiralongkorn spending more time in Bavaria than Bangkok.

Then the new coronavirus halted the protests as Thailand locked down.

But from their phones and laptops back home, the activists kept up the pressure online – and with it the questioning of the monarchy.

During the lockdown, the students were also planning their next moves. “There were Zoom meetings that would include more than a dozen people, and they would go on for hours,” recalled Jutatip.

Protesters reappeared on the streets in force on July 18, spurred on by anger at economic pain caused by the collapse in tourism due to the coronavirus and the apparent kidnapping of an exiled Thai activist – the latest of several to disappear. Human rights groups say Wanchalearm Satsaksit, 37, was grabbed by unknown assailants in Cambodia in June and has not been seen since. The government and military have denied involvement.

Thailand has seen repeated cycles of military intervention: there have been 13 successful coups since the end of absolute royal rule in 1932. King Bhumibol intervened in 1973 and 1992 to quell tensions after crackdowns by military rulers killed protesters.

Not all young Thais are on the same side. Pro-democracy protests have been met with royalist defenders of the government staging their own, smaller rallies.

“Many Thais have been concerned about offensive things against the monarchy,” said Totsapol Manoonyarat, a royalist former vocational student who said he was inspired by love of the king to join a counter-protest in Bangkok.

Stark divisions pose a dilemma for the government, some analysts say.

“If they crack down on critics, they risk creating a backlash,” said Matthew Wheeler, senior Southeast Asia analyst for the International Crisis Group. “But if they let it slide, there’s a risk the taboo will crumble.”

(Reporting by Panu Wongcha-um and Kay Johnson in Bangkok; Editing by Matthew Tostevin and Bill Rigby)

Mon Aug 10 , 2020
Brittany Goddard’s final semester at Howard University isn’t the dream ending she imagined in Washington, D.C.  When the coronavirus pandemic shut down the U.S. economy in March, she scrambled to pack up her belongings since she had to be out of her dorm room within 48 hours. At the same […] 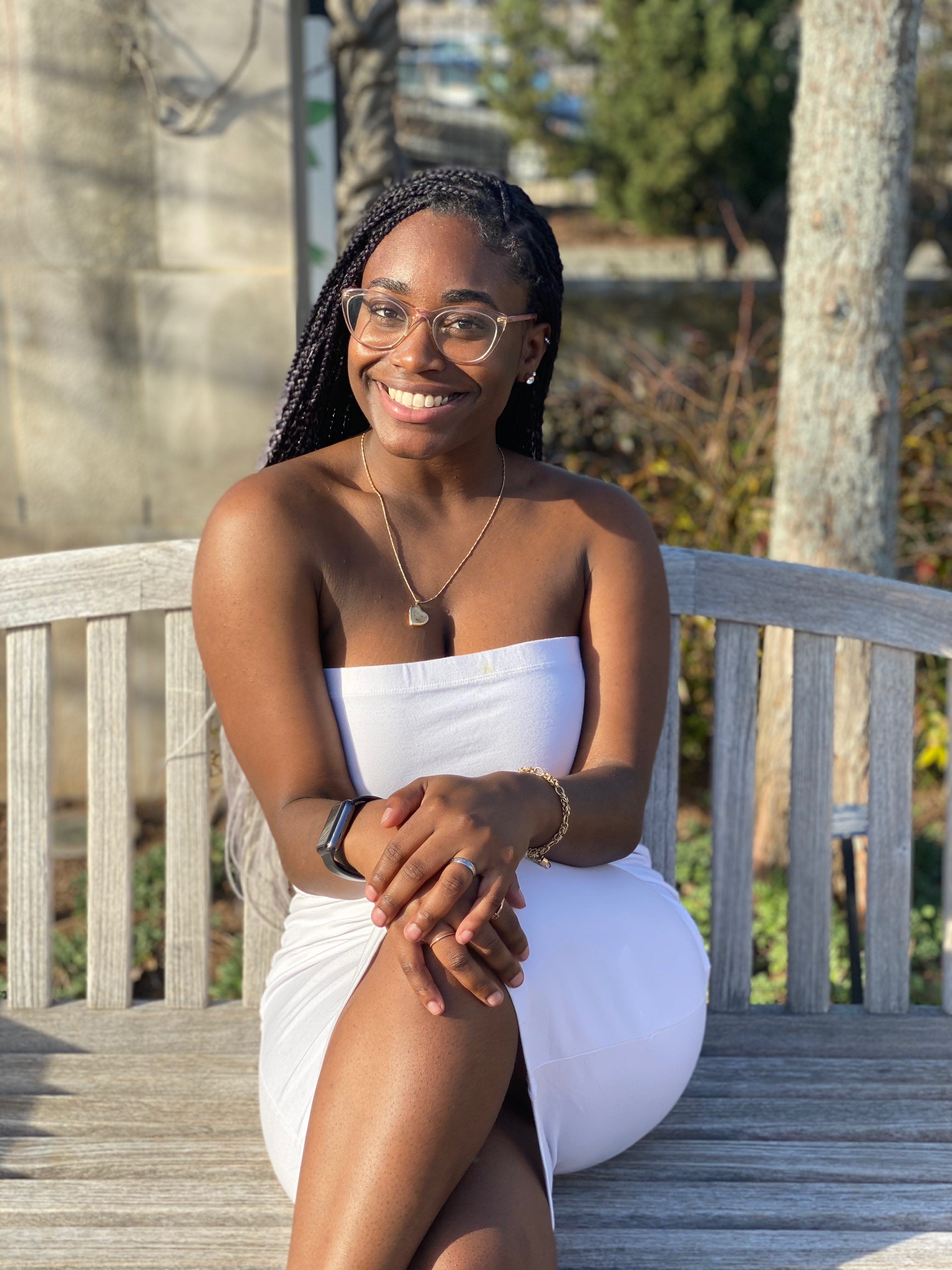