From significant business changes to noteworthy product launches, there’s always something new happening in the world of design. In this weekly roundup, AD PRO has everything you need to know.

A Big Week for Big Retailers

It was a busy news week for major home furnishings retailers. After reporting last week that Neela Montgomery would step down as CEO, Crate and Barrel announced that Janet Hayes would assume the role on August 1. The president of Williams-Sonoma from 2013 to 2019, Hayes was also formerly the president of Pottery Barn Kids and Pottery Barn Teen.

Elsewhere, Sur La Table filed for bankruptcy. The Seattle-based purveyor of kitchen goods disclosed its plans to close 56 of its 112 stores; 20% of its corporate staff was also cut.

West Elm made waves when it announced that it would take the 15 Percent Pledge, which means that partnerships with Black designers and business owners will comprise a minimum of 15% of all such collaborations. The retailer also made a commitment to ensuring that Black employees make up 15% of its corporate workforce.

Meanwhile, a development emerged in the bankruptcy of Pier 1, which has been shuttering stores and winding down operations. A new buyer, Retail Ecommerce Ventures, has emerged with an offer to purchase both the intellectual property of Pier 1 and its e-commerce business. Though the deal has not yet been finalized, it means that Pier 1 is likely to live on digitally—at least in name.

And finally, another struggling retailer announced updates in response to the economic fallout caused by the coronavirus. In a call about its first-quarter results this week, Bed Bath & Beyond said that sales had fallen nearly 50% in its latest quarter. As a result, the company said it planned to close some 200 stores in the next two years, and make other adjustments in an attempt to turn around the business.

Louis Vuitton’s Objets Nomades collection, a chic array of furniture and design objects that’s regularly updated and toasted at glamorous international events, is adapting to the times. The brand has launched a new augmented reality experience, which users can find on the LV app or website, or via QR code. With it, interested shoppers can visualize luxurious pieces by the Campana Brothers, Marcel Wanders, and Raw-Edges in their own homes.

The online decorating service debuted its first mobile app for iOS, which will not require app users to break out their tape measures. Users scan their rooms with their iPhone cameras, and the app converts photos into 3D models with accurate dimensions. The new app includes functions such as a swipe-through style quiz, shopping portal, and 3D-viewable renderings.

Congratulations, Studio 397! Today marks three years of business for the architecture firm, which was founded by Samantha Josaphat in 2017. Josaphat selected the company’s name as a reference to the fact that she is the 397th Black female architect to become licensed in the United States. Over the years, her projects have ranged from a Lenox Hill meditation studio to a Hudson Yards condo renovation. And just this past May, the firm was awarded the interior design and creative direction contract for Flatbush Caton Market. Located in Brooklyn, the facility has been providing Caribbean street vendors with indoor space for the past 20 years. Soon, Josaphat will help make the structure a more permanent fixture, while expanding its overall footprint. Another indication, it seems, of the talented architect’s bright future.

Kara Mann is officially out with a new offering of furniture designs, thanks to a collaboration with McGuire Collection. Elsewhere, Bisazza launched a new mosaic collection that brings the works of Fornasetti to large, mural-scale life. On a similar note, Marni released a furniture capsule thanks to Farfetch. Finally, Hunter Douglas’s new Pirouette ClearView and Designer Roller Duolite Shades caught sun-weary eyes, as did their just-released Greenscreen Sea-Tex fabric. An entire room in the making, perhaps, when all four releases are taken together.

The AD100 designer has launched a giphy and mobile wallpaper collection inspired by her fifth coffee-table tome, Evocative Style. The digital goods are available for download via Wearstler’s Instagram, @shopkwearstler, and can be used on Instagram, TikTok, Snapchat, and iMessage.

Kit Kemp Tries Her Stylish Hand at the Auction Circuit

On July 15, Christie’s London is set to unveil “The Collector: European and English 18th and 19th Century Furniture and Works of Art, Silver, Ceramics, and Gold Boxes.” Designer Kit Kemp is serving as the “tastemaker” for this sale, which is part of a wider series from the auction house. Paul Gallois, head of sale, says to AD PRO: “The 253 lots in the sale feature some of the greatest designers and makers of their time including Jacques Dubois, François Rémond, Gioacchino Barberi, François Linke, Christofle, and Marsh & Tatham—among others. The longevity of these works of art go to demonstrate that the skills and craftsmanship of that age are now the ultimate symbol of sustainability and elegance, retaining their usefulness and being an integral, yet elegant, part of a modern-day interior in 2020.”

Speaking to AD PRO of one of the evocative collages she created with such works, Kemp notes, “This pair of elegant console tables truly enhances the interior of this SoHo loft suite in New York.  The warm tones of the decor combined with the contemporary textiles are lifted by the distinction of the antique marquetry consoles, adding grace and depth to the room.”

Haas Brothers and More Make Masks for Good Causes, Thanks to Phillips

Phillips auction house announced this week that it would be selling masks by the Haas Brothers, Summer Wheat, and Bel Fullana through their website. A portion of the proceeds will go to the Bass Museum, Artadia, Innocence Project, and the NAACP. Look for the masks—in groups of three for $75—starting July 15.

Calling all Black designers and architects with a love of history. The Excelsior Club in Charlotte, North Carolina, was a members club that served as a hub of African American social life for many years after it opened in 1944. After closing in 2016, and being named one of the country’s most endangered historic sites by the National Trust for Historic Preservation, the property was purchased earlier this year. Now, developer Kenwood Investments is putting out a call for Black architects to remodel and re-envision the site, which ultimately will become a boutique hotel. Interested individuals can find more details about applying online.

Salone del Mobile’s Shanghai, China edition, originally scheduled for this fall, will not take place. The show is set to resume in November 2021. In the meantime, the organization plans to focus its efforts on the next iteration of the hallmark Milan show, scheduled for April 2021. “It was a painful but inevitable decision,” Claudio Luti, president of the Salone del Mobile organization, says. “It will, however, drive us to be even more resolute and determined to consolidate the leadership of the Salone del Mobile brand as a benchmark brand for design the world over.”

Elsewhere, New York’s Shoppe Object fair has officially been canceled. In its wake, however, comes Shoppe On, a newly launched and completely digital experience. Last but certainly not least, the Atlanta Design Festival announced that it too would be focusing its upcoming iteration on all things virtual.

Rodman Primack Pops Up in Aspen

Rodman Primack has decamped from Mexico City in order to stage an Aspen pop-up in conjunction with his organization AGO Projects. The AD100 designer collaborated with galleries Joségarcía, Kurimanzutto, Labor, and OMR to bring work by Beatriz Zamora, Abraham Cruzvillegas, Mario García Torres, Jorge Méndez Blake, and others to the fore. Speaking to AD PRO, Primack says: “We are thrilled to being partnering with our good friend and Aspen ‘local’ Jamie Tisch to [present] some of our AGO Projects program collectible design highlights….We are big believers in the handmade and in supporting local craft.”

This Saturday, blankets by Hangai Mountain Textiles will be presented, while throughout the rest of the summer La Double J, Tiwa Select, RTH, and more are scheduled to stage their own presentations.

Lake Forest Showhouse & Gardens Is Now Open to the Public

Lake Forest Showhouse & Gardens officially opens this weekend, and will remain so through August 9. With 31 participating design firms and expansive gardens, it’s sure to be a sight to see. Paloma Contreras is serving as the event’s honorary chair, and its setting is known as the Pullman Estate in Lake Forest, Illinois. The event will benefit the Infant Welfare Society of Chicago.

Object & Thing to Head to Connecticut

It might not be on view quite yet, but fans of midcentury modernism got something to look forward this week. “At The Noyes House: Blum & Poe, Mendes Wood DM, and Object & Thing” is set to be unveiled this fall at the New Caanan, Connecticut, home of Eliot Noyes. The glassy abode of the Harvard Five architect will undoubtedly make an ideal environment for the assortment of works expected to be on view. The exhibition is scheduled to run September 15 through November 28.

Denver’s skyline just got an artistic addition, thanks to artist Nari Ward. The artist’s work, LAZARUS Beacon, uses the city’s famed clock tower as its canvas to project a video with words from Emma Lazarus’s sonnet “The New Colossus.” The staging of the public artwork is made possible by both the Museum of Contemporary Art Denver and Orange Barrel Media. More than 31.5 million people are expected to eventually see it.

Carnival Corp. will not make full return until 2022

Fri Jul 10 , 2020
Cruise giant Carnival Corp. is continuing plans for a phased-in approach for its return to sailing, beginning with fewer ships and fewer passengers, on a region-by-region basis. The company will not make a full return in terms of passenger capacity until 2022 at the earliest, according to CEO Arnold Donald.  “[The] nature of restart […] 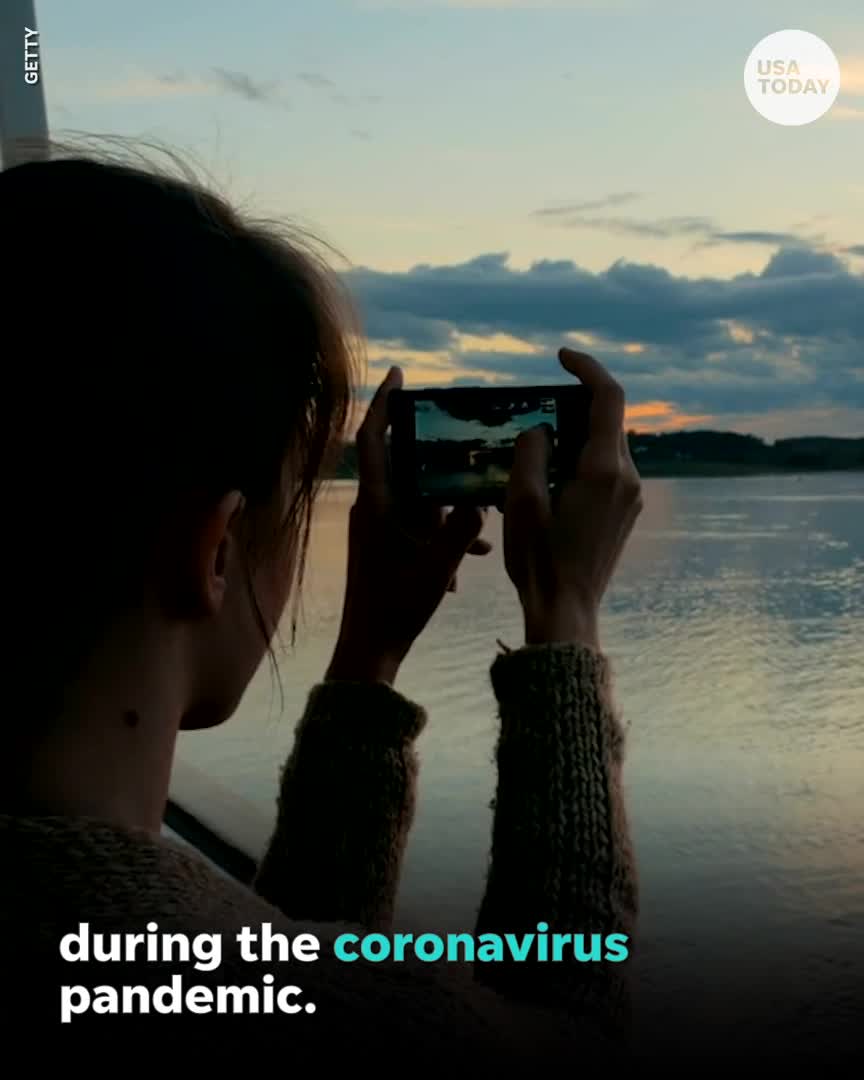