Singer-songwriter Jimmy Buffett, sidelined from his annual summer tour because of the COVID-19 pandemic, says people need an occasional rest from what’s going on in the world, as he explains in an interview with Tracy Smith for “CBS Sunday Morning” to be broadcast Sunday, July 26.

Buffett has been using his time away from touring to launch a new CD, “Life on the Flip Side,” and to perform online, often for groups of first responders.

“Historically, you think about it, in times like this, you still have to have a little fun, you still have to have a rest from what’s going on. And you know, I knew that that was the case, because we’ve had a history of that,” Buffett says of singing for first responders. Healthcare workers and doctors, he said, “for a long time have used my music in operating rooms and emergency rooms to calm down.”

Buffett’s summer tours are known for large gatherings of his fans (dubbed “Parrotheads”). He’s been performing for more than 50 years, and while he’s often talked about taking a summer off, the 73-year-old artist hadn’t planned it this way.

“This isn’t quite what I had in mind, Tracy,” he told Smith about a summer marked by a pandemic. “But you know, what’s that? ‘Make lemonade out of lemons.’ … I talked to a lot of the people, you find some silver linings in all this. And that’s what we’re doing, like, for family and for band.”

Smith talked with Buffett about his career, how he’s dealing with being off the road in the summer, and what the future may hold. He also performs “Slack Tide,” one of the songs off of his latest studio album, “Life on the Flip Side,” released in May.

To hear Jimmy Buffett perform “Slack Tide” from the album “Life on the Flip Side,” click on the player below:

Smith noted Buffett has talked about mortality in the past, including in some songs in the new collection. Is that something he thinks about often?

“You know, there’s an end coming up there,” he replied. But, “At 73, you know, I look ahead at people that I know now. You know, we just lost one who was a dear friend and a great inspiration, Carl Reiner, at 98. That’s who I look at up there. … And then I’ll look at the 80-year-olds that are still doing it. And I look at the late-70-year-olds that are still doing it.

“So, that’s who I’m watching,” he said. “And working seems to be the magic elixir when you are lucky enough to be an entertainer, or do things that you can still do at that age.”

Bill Gates on the U.S. handling of the COVID-19 pandemic and vaccine misinformation

Fri Jul 24 , 2020
The Republican National Convention will no longer hold events in Jacksonville, Fla., President Trump said Thursday, citing a coronavirus “flare-up” in the city. “I looked at my team and I said the timing for this event is not right,” he said Thursday during a White House coronavirus briefing. “With what’s […] 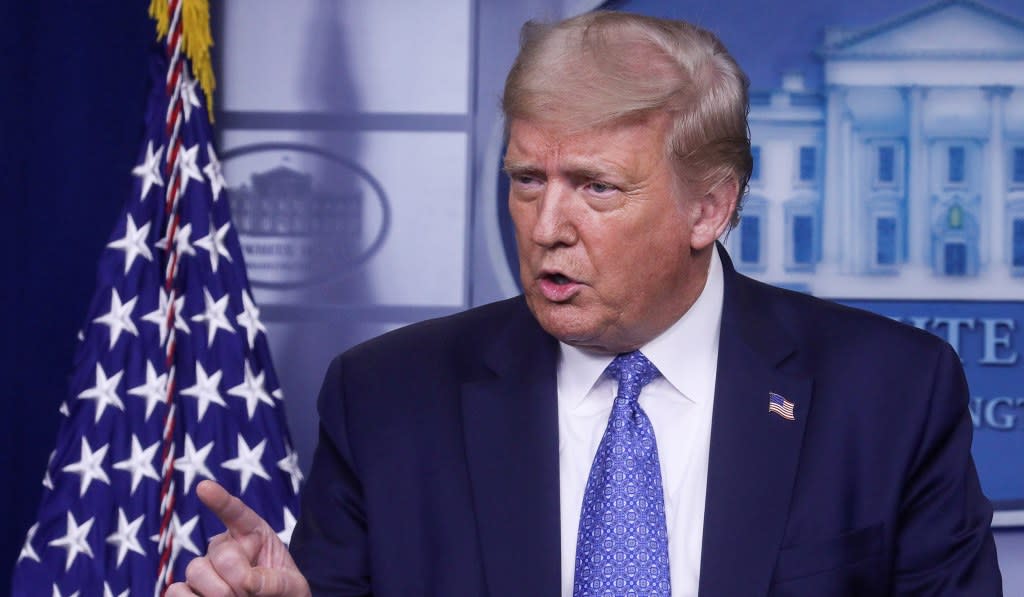