The Atlanta Falcons have not received a lot of good news this season.

After falling to the Green Bay Packers 30-16 on Monday night, the Falcons are sitting at 0-4 and enduring their third consecutive slow start to a season under head coach Dan Quinn.

However, in the midst of their struggles, the Falcons did find time to celebrate star receiver Julio Jones for becoming the franchise leader in career receptions.

Jones passed franchise legend Roddy White with his 809th catch against the Packers. Jones made the reception deep on his goal line as the Falcons were backed up. The NFL star finished with four catches for 32 yards in the game.

The former Alabama Crimson Tide star now has 812 career receptions. He hopes to add to his historic pace this season. However, he is battling a hamstring injury that has limited him this season.

Jones joined the Falcons after being drafted sixth overall in the 2011 NFL Draft. He has 12,338 receiving yards and 57 touchdowns in his career including seven seasons eclipsing 1,000 yards receiving.

“He is huge,” Quinn said earlier this season. “The way he comes in and approaches (the game) and his accountability, he can multiply (scoring chances) by the way he goes about his work. Not just his he a great talent. He has the great character part of it too. That is not always the case and it certainly has been for him. He looks fast and explosive like he always does.

It is all the things that maybe don’t show up on the stat sheet that makes him the most special player. We are certainly fortunate.”

Prior to the NFL, Jones shined with the Alabama Crimson Tide. He had 78 catches for 1,133 yards and seven touchdowns during the 2010 season. He finished as a first-team All-SEC selection that year.

Since then, Jones has made seven Pro Bowls and two first-team All-Pro selections. Now 31 years old, the Falcons star still has a lot more left in the tank.

Sun Oct 11 , 2020
ANN ARBOR, MI — The University of Michigan’s faculty senate was divided on a vote of ‘no confidence’ in President Mark Schlissel Wednesday afternoon. According to multiple sources, the vote was 957 in favor, 953 against and 184 abstentions. The vote requires 50% of all votes to be in favor […] 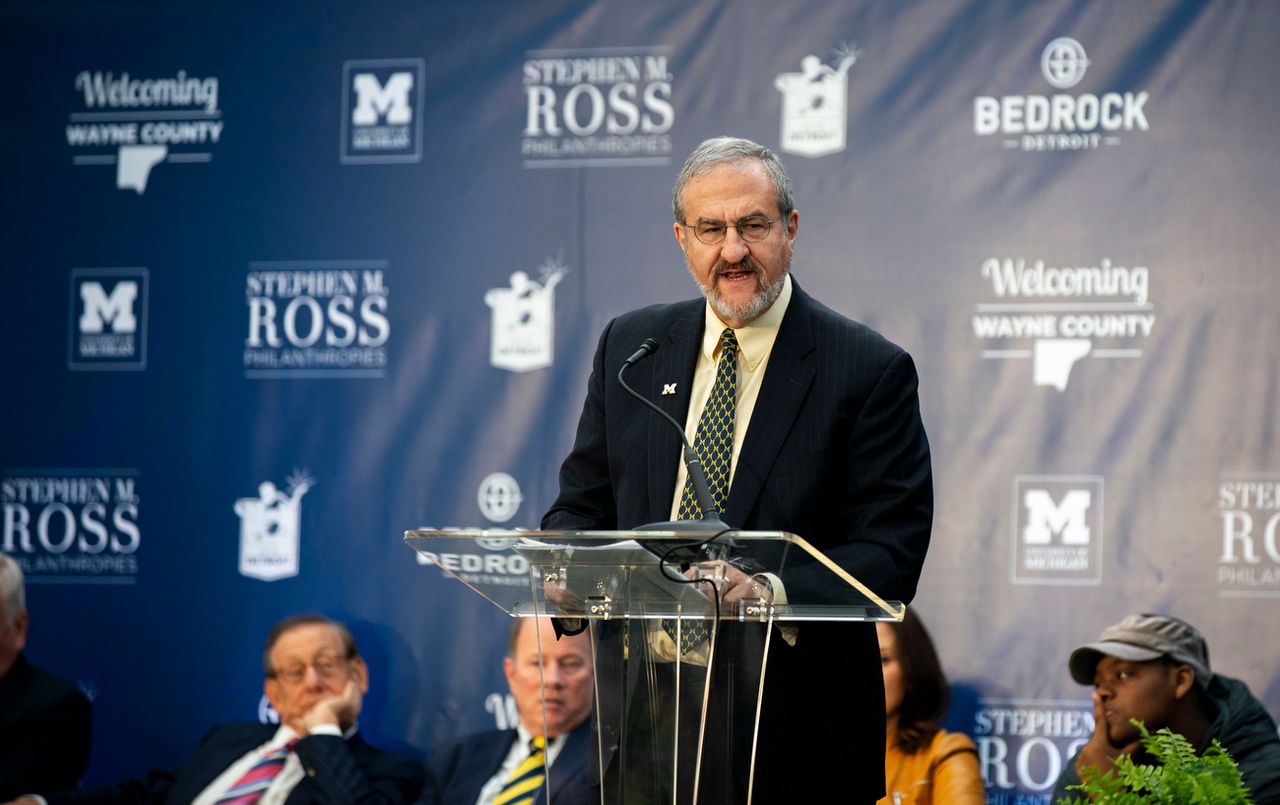