Three days after winning Sen. Kamala Harris’ endorsement for the Democratic presidential nomination, former vice president and future nominee Joe Biden had one request to make of his onetime rival: the support of her famous #KHive.

“All you need to do is ask!” Harris responded cheerily.

That moment, released in a campaign video posted in early March that smash-cuts to a series of clips of drumlines, marches, and supporters dressed in Harris’ signature campaign color palette, presaged the importance of Harris’ most vocal and demonstrative fans—the name is lifted from performing artist Beyoncé’s #BeyHive—in the months to come.

Now that Harris has joined the ticket, the California senator’s fanbase is newly invigorated—although as Biden seeks to unite the Democratic Party in the final months of the campaign, he may need to do more for their support than just ask for it.

“There was so much misinformation and so much dogpiling on her throughout the primary and then down through this VP process,” said Chris Evans, who under the 53,000-follower strong nom de Twitter @notcapnamerica has become a queen bee in the #KHive. “That’s part of what’s kept us active—we feel this purpose to get out there and whack-a-mole these different attacks that, we feel, are either false or are misleading or unfair.”

Harris, Evans said, has “built a pretty vast digital army”—and now she gets to use it.

Stan culture is hardly new to the 2020 presidential campaign, but even by the stratospheric standards set by Sen. Elizabeth Warren’s (D-Mass.) and Sen. Bernie Sanders’ (I-Vt.) highly engaged fanbases, the #KHive has surprised political observers both in its fervency and its longevity. Despite Harris dropping out of the race in December 2019, before a single vote was cast in a presidential nominating contest, her #KHive has continued apace, boosting her as a potential running mate, warring with supporters of candidates who eventually outlasted her, and, most recently, launching a full-throated defense of the California senator in the face of perceived hostility from Biden’s own circle.

“These supporters, even more than they were previously, demand a return on their investment,” said Kimberly Peeler-Allen, a visiting practitioner at Rutgers University’s Eagleton Institute of Politics. Peeler-Allen is the cofounder of Higher Heights, an organization that seeks to build the political power and leadership of Black women, and told The Daily Beast that the Black voters, particularly Black women, understand the rarity of Harris’ position, and the stakes if she doesn’t have a vocal team of supporters at her back.

That excitement—and the perceived threat to the broader gains made by her historic run—is part of the reason that the #KHive has remained a digital force in Harris’ favor long after she left the field.

As Biden has leaned on Harris’ fundraising prowess in the lean coronavirus pandemic months when traditional campaigning was ceased—and, by extension, on the surprisingly resilient network of online supporters who have continued to stan the California senator since she dropped out of the race—many in his orbit have courted their ire by discouraging him from asking her to join the ticket.

When a top bundler for Biden told The Daily Beast that Harris’ hitting Biden on school busing in an early debate was “treacherous,” members of the #KHive blasted the remarks as sour grapes. When Chris Dodd, the former U.S. senator and co-chair of Biden’s vice presidential vetting committee, was reported in Politico to have criticized Harris’ lack of “remorse” for the attack, the #KHive sprang into action, decrying Dodd’s remarks as both sexist and racist.

“Chris Dodd is the man every woman has encountered in her career,” wrote Reecie Colbert, a financial analyst in Washington, D.C., who under the Twitter handle @BlackWomenViews has become one of the most prominent figures in the #KHive world. “He is the boss who is unimpressed when a woman suggests an idea, but suddenly warms to it once it is uttered by a man—or magically comes out of his own mouth.”

Dodd’s remarks, said Eric Bazail-Eimil, a student at Georgetown University’s School of Foreign Service and member of the #KHive, were seen as part and parcel of the barriers that Harris supporters saw as blocking her candidacy while less experienced candidates continued.

“We are really there because we know she’s under attack in a very specific way,” said Bazail-Eimil, who told The Daily Beast that while he’s not the kind of #KHive stan to spend all day “fighting with Briahna Joy Gray on Twitter”—the bombastic former spokeswoman for Sen. Bernie Sanders’ 2020 campaign—he was “jubilant” that Harris had been asked to join the ticket.

“It’s going to fire up a very vocal part of the Democratic Party that is not afraid to go after trolls to correct the record,” Bazail-Eimil said. “While she’s on the national stage, and while people continue to attack her, we’re gonna respond.”

That aspect of stan culture has occasionally proved unwieldy for other campaigns. Sanders’ most ardent online supporters were denounced by the campaign as undercutting his message of inclusive social change, and former Rep. Beto O’Rourke’s online supporters—dubbed “Betomaniacs”—were criticizing for attacking his opponents for the Democratic nomination even after both O’Rourke and the opponents had thrown in the towel.

But where those fandoms have petered out, Evans said, the #KHive has only found renewed energy in the battle to help her win a place on the national ticket—and is feeling stronger than ever now that she’s made it.

“I think a lot of it, honestly, boils down to the simple fact that she’s got a star quality to her,” Evans said. “There isn’t anything particularly special about the #KHive group. I think the longevity and the strength of that group really speaks more to the strength of Kamala herself.”

And for those who tried and failed to stand in Harris’ way, the #KHive has a message:

“People who get off trying to humiliate Kamala Harris, know this,” tweeted Colbert on Monday. “1) she’s poised to be Biden’s VP, and 2) the #KHive remembers.”

Wed Aug 12 , 2020
Taylor Jewell/Invision/AP/Shutterstock Garnished with sharp points of view and organic debate, Diego Luna’s dinner conversations in his new Amazon Studios show Pan y Circo (Bread and Circus) take a stab at dissecting some of the most contentious issues of our time. For each episode, the famed Mexican actor, director, and […] 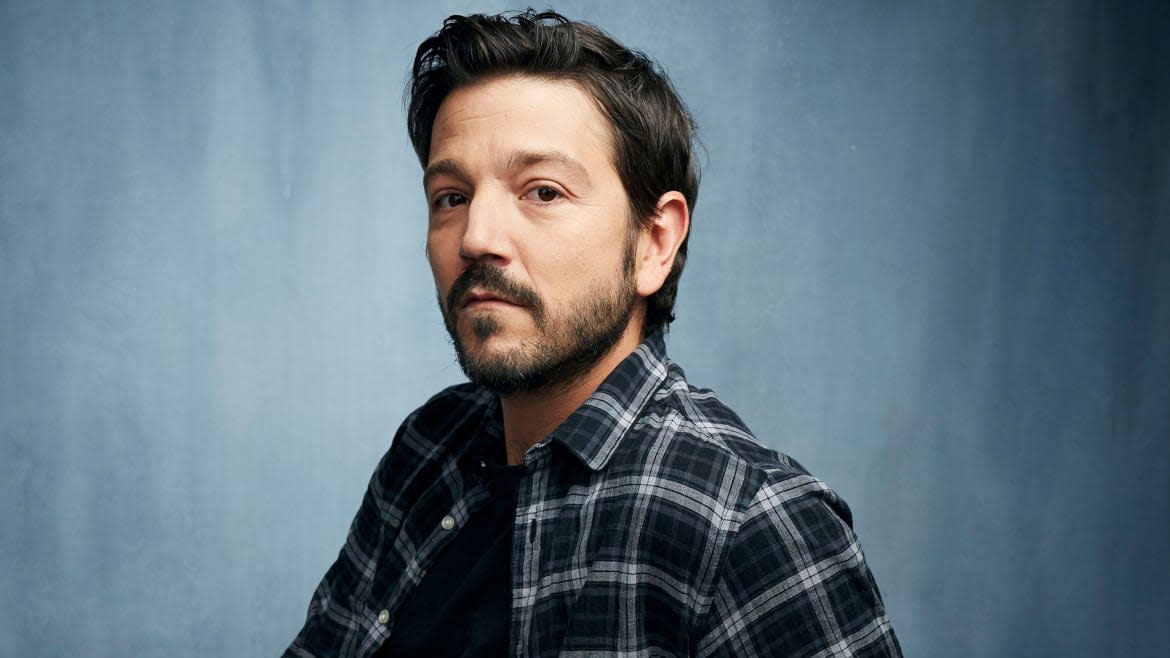