Gas continues to leak from the propane tank.

Kenley Jansen’s fastball velocity is down.

Clayton Kershaw now throws harder than Jansen and Kershaw has about a billion innings on his left arm.

When Shohei Ohtani of the Angels threw fastballs that registered speeds in Jansen’s range, the two-way player was mortified enough to subject himself to a MRI examination.

In previous seasons, Jansen downplayed his diminishing velocity by arguing that speed of his trademark cutter was less important than its movement.

Six appearances into this pandemic-shortened season, Jansen is making an entirely different case.

“I feel like I’m a complete pitcher now,” Jansen said in an online videoconference. “I have three pitches. I can pitch.”

Then again, he has no choice.

Jansen won’t say it, and Dodgers manager Dave Roberts won’t say it, but his status as the team’s closer likely depends on it. With Blake Treinen throwing 98 mph whiffle balls, the Dodgers have another option.

Baseball is the ultimate game of adjustments, and at 32, Jansen is no longer the dominant force that is an exception to its rules. He too must change.

The average velocity of the signature cutter was close to 94 mph in his career year of 2017, according to Pitchf/x data collected by Brooks Baseball. Jansen lost nearly 3 mph in velocity since then, resulting in his last two seasons being his worst.

Offsetting the decreased velocity will require Jansen to use two other pitches with greater frequency and effectiveness, a sinker he has gradually developed over the last few years and a slider he was taught by Dodgers pitching legend Orel Hershiser.

Hershiser, a former Cy Young Award winner and current Dodgers broadcaster, is in uniform for parts of spring training as an instructor.

Speaking by phone from Dodger Stadium, Hershiser recalled a time this spring when he, pitching coach Mark Prior, and former pitching coach Rick Honeycutt gathered around Jansen during or after a bullpen session.

The subject of the conversation was the slider.

Prior, Honeycutt and Hershiser passed around a baseball, each of them showing Jansen a different grip. Hershiser advised Jansen to throw a version of the pitch that moved less like his cutter and more like a curveball.

Hershiser passed along wisdom Sandy Koufax had once imparted on him.

“You’re not trying to make it break,” Hershiser said. “You’re trying to spin it. The spin is what makes it break.”

“Once I started seeing the shape of it and how tight it was, I kind of fell in love with it,” Jansen said.

His development of the pitch has given him three distinct offerings: a cutter that moves away from right-handed hitters, a two-seamer that darts in the opposite direction and a slider with a vertical break.

“It’s just to keep hitters honest,” Jansen said. “Listen, if I’ve developed two pitches and I feel like they’re pretty good, why not use them? That’s going to make my cutter even better.”

He’s encouraged by the early results.

He’s been charged with only one run in six appearances for an ERA of 1.50. He’s converted all four of his save opportunities, including a wobbly one Wednesday in San Diego that would have been a blown save if left fielder Chris Taylor hadn’t ended the game by throwing out a runner at the plate.

A start like this was important to Jansen, considering how last season ended.

He posted a career-high 3.71 earned-run average in the regular season. And with the season on the line in Game 5 of a National League Division Series against the eventual World Series champion Washington Nationals, Roberts called on Joe Kelly instead of Jansen to start the ninth and 10th innings of a tie game.

Jansen appeared in mop up duty, entering the contest only after Kelly served up a grand slam to Howie Kendrick in the 10th inning.

Asked if he was bothered by that, Jansen voiced his trust in Roberts.

“He’s the manager,” Jansen said. “Me and him are always on the same page.”

As Jansen continued talking about how much he adores Roberts, he eventually came around to acknowledging that he wasn’t pitching well at the time.

“I know I didn’t have my best season last year, so I’m not going to sit there at home and feel sorry for myself,” Jansen said. “No, I’m going to try to turn it around and put work in for every single penny they pay me.”

Jansen visited Driveline Baseball in Washington, which has a data-based training program for pitchers. He kept a strict diet and lost weight.

But Jansen’s visions of a return to dominance were interrupted by the COVID-19 pandemic, which shut down the sport. Later, Jansen contracted the virus himself.

The most severe symptoms lasted three days. His entire body ached. He had what he described as a “terrible headache.” His chest hurt. He lost his appetite and had no energy. He couldn’t smell anything.

As a result, Jansen was late to report to the Dodgers’ summer camp. When he resumed workouts after a two-week quarantine, he said, “You just don’t have your balance.”

Even now, Jansen wonders if he’s dealing with lingering effects of the virus.

Which could be why Roberts said of Jansen, “I still think that there’s certainly more in there.”

Jansen is particularly mindful of the virus, especially because of his history of heart problems.

“No doctors know what’s going on right now,” he said. “Even though I got it, you don’t know if you’re going to get reinfected again. I’m not going to take that for granted, like, ‘I’ve had it already, I’m good.’ No, I’m going to act like I never had it.”

So Jansen showed up for a videoconference with reporters the other day with his nose and mouth covered by a blue mask bearing the Dodgers logo.

Just another change in a season of adjustments.

Thu Aug 6 , 2020
HYANNIS, MA – Despite numerous concerns from teachers who believe it is not yet safe for Barnstable students and staff to return to the classroom for in-person instruction, the school committee on Wednesday approved an adjusted school calendar that will allow the district to move ahead with a hybrid learning […] 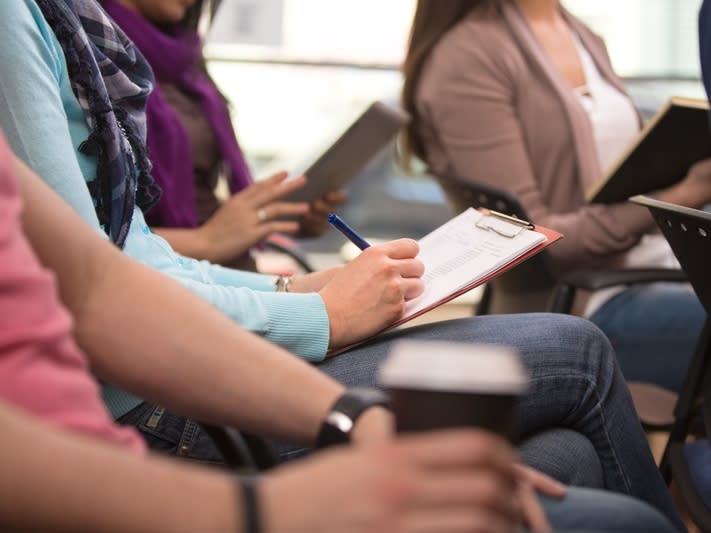