The Florida Keys is experiencing its first outbreak of the mosquito-borne disease Dengue fever in 10 years.

The Florida Department of Health Friday confirmed two more cases of the illness in the island chain, bringing the total number of cases to 16.

All the cases have been in about a two-mile area of Key Largo in the Upper Keys, according to the latest health department information.

The last time the Keys had a Dengue fever outbreak was 2010, said Alison Kerr, spokeswoman for the health department in Monroe County.

That year a total of 55 people contracted the illness, which is caused by the bite of a female Aedes aegypti mosquito, the same mosquito that caused the Zika outbreak in Miami in 2016. Male mosquitoes lack the ability to bite.

No one in the Keys has died from Dengue this year, and all who have gotten it so far are expected to make a full recovery, according to a health department press release.

But, the illness is potentially deadly and causes severe flu-like symptoms, including aches and pains, fever and sometimes a rash.

The Florida Keys Mosquito Control District has upped its efforts to destroy the Aedes aegypti population in the area, including spreading more insecticide to kill both larvae and adults.

The district normally flies its helicopter to and from its base at Florida Keys Marathon International Airport. But it has recently begun using Key Largo School as a place to reload liquid larvaecide into the chopper to target more mosquito breeding areas.

Mosquito Control District personnel have also been canvassing the area to check for breeding sites and adult mosquitoes. The agency encourages the public to do its part by dumping any containers that have standing water, like potted plants, pet bowls and buckets, because that’s where the invasive bugs breed.

The outbreak coincides with renewed efforts from an international biotech company that wants to release millions of genetically engineered male Aedes aegypti bugs in the Keys as a way to eliminate the natural population.

The controversial plan already passed state and federal regulatory hurdles, and the company, Oxitec, is waiting for approval from the Mosquito Control District’s five elected commissioners.

There is vocal organized opposition to the experiment from both international and local environmental groups.

People like Dr. Hellen Wallace, executive director of the United Kingdom-based nonprofit GeneWatch UK, and entomologist Jeffrey Powell, say that a similar Oxitec project in Jacobina, Brazil, between 2013 and 2015 actually made matters worse.

Powell and other scientists wrote in a September issue of Scientific Reports that the genetically modified mosquitoes bred with the local female population and eventually created a generation of fitter mosquitoes than existed in the area before the experiment.

Oxitec and others say the study was flawed, but Powell defended his work during an online presentation Monday.

“No one has actually challenged the scientific validity of our study,” he said. “That’s solid and we stand by it 100 percent.”

However, Nathan Rose, head of regulatory science at Oxitec, said there was no evidence that the genetically modified mosquitoes made the wild ones more vigorous, but actually, the experiment made the natural population less fit.

“This paper was later discredited,” he said during an online meeting Tuesday hosted by the Mosquito Control District.

The way the experiment is supposed to work is Oxitec will release boxes of male Aedes aegypti eggs into an as-of-now undetermined area of the Keys. Water will be added and adult mosquitoes will emerge and fly out amongst the existing population to breed.

However, the released mosquitoes are bred with a “killing mechanism” that does not allow their offspring to survive before the larvae stage. The goal is that eventually the population will breed itself out of existence.

Ed Russo, president of the Florida Keys Environmental Coalition, which is against the Oxitec project, said it has the potential to work in the short term, but it must go on indefinitely to eliminate the local Aedes aegypti population.

For now, Oxitec will pick up the bill if the project is approved, but the company’s goal is to sell it to local governments if it’s successful. While the cost has not been released, Russo said it is too expensive for the district to maintain, and he said there are serious risks of unknown consequences.

“It’s a very expensive proposition. It has to continue forever,” Russo said at the Monday meeting. “The only people that are going to be benefiting from this are the shareholders of Oxitec.”

It’s not clear how the district’s commissioners will decide on the issue, but senior district staff seem willing to give it a chance. Lawrence Hribar, the district’s research director, said he is concerned that Aedes aegypti in the Keys are becoming resistant to the insecticide used to kill them.

“The tool box, as we call it, is shrinking,” he said at the Tuesday meeting. “We really have to look at everything that comes along and evaluate it.” 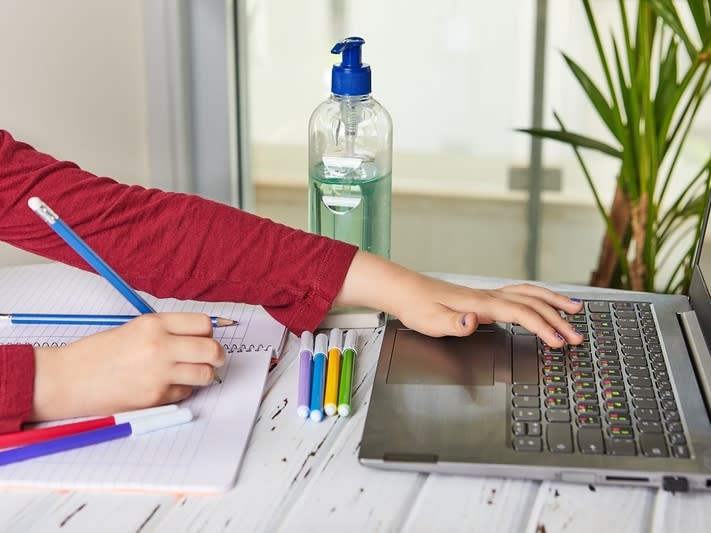