There are a few underachievers in the list of 10 most expensive signings of all time but no one tops Ousmane Dembele for a failure to deliver value for money.

Diario Sport recently calculated that the sixth all-time biggest signing has played just 25 per cent of possible minutes since his arrival in the summer of 2017.

Barcelona’s failure to package him off to Manchester United before deadline day means that Ronald Koeman must now somehow put the brakes on Dembele’s career that is currently heading for the edge of a cliff.


Part of Koeman’s brief, beyond making Barcelona a force again in Europe, building a new team around Lionel Messi, and saving the current board’s skin (it might be too late for that), has always been saving the three most expensive players in Barcelona’s history.

He has made a good start in terms of revitalising Philippe Coutinho and there is hope that he can do the same with Antoine Griezmann. The biggest test will be Dembele.

Injuries have played a big part in that damning Dembele statistic but even when fit and available his percentage minutes played only rises to 53 per cent. In all he has played in just 75 games.

That is why the club tried so hard to get him out of the door before deadline day. They were buoyed by Manchester United’s interest but suggestions that United might want to pay up to £54m (€60m) for him were always fanciful. They considered a loan option with no commitment to buy – similar to the deal that Bayern Munich had for Coutinho.


What happened then depends on whom you ask. There are strong suggestions that Barcelona would only allow him to go out on loan with no compulsory buy, if he first renewed his contract. They could not afford him to go to United, not do enough to make them sign him, and then come back one year closer to the end of his contract.

As things stand he will be a free agent in 2022. Next summer he’ll be starting his final year at the club with the freedom to negotiate a free-transfer (not many players get to do that age 24 next year).

That version of events is vigorously denied by Barcelona who say they did not offer him a contract extension. They say he flatly refused to go out on loan with the inference that he currently prefers to idle away his lucrative contract at the Nou Camp than test himself in the Premier League.

The fear of him leaving for free in 2022 having achieved nothing at the Nou Camp is a real one. There were even stories circulating post-window that he had already lined up Juventus as a destination. It’s hard to believe a player who – often through no fault of his own – has proved so completely unreliable already has such a concrete long-term plan in place.


Barcelona media, meanwhile talk about this being now or never time. If he doesn’t start to respond and deliver then he will be got rid of in January.

But the €129m question (Barcelona paid £96million to Borussia Dortmund in 2017 for Dembele and are currently still making their way though an additional £35million of add-on payments) remains. No one wanted him this summer, why will they want him at the turn of the year?

Koeman has to be the answer to that question.

The good news for Dembele is that the Dutch coach wants quick direct wingers in his team. And when Dembele is fit and focussed he is the embodiment of quick, direct winger. The trick will be getting him back to his best level.

The 23-year-old ruptured the tendon at the top of his right hamstring last November and played no significant part in the rest of the season.


In September 2017 he suffered the same injury in his left leg and was out for four months. These are two sprinter’s injuries – deadly for a player whose pace played such a big part in making him such a sensational prospect when he emerged at Dortmund.

Koeman wants his 4-2-3-1 system to include a front four (3+1) of interchanging players. He wants at least one of the players playing wide in the line of three to be someone who can run in behind teams at pace.

At the moment that player is Ansu Fati on the left, while Griezmann is currently lining-up on the right with less pressure to run beyond and more licence to drift infield. Up to this point Francisco Trincao has been Griezmann’s substitute but he also prefers to check back on to his left foot and drift in-field.


Dembele – brilliantly two-footed – is more than happy to go around the outside of a rival left back. Koeman likes that quality.

He would be happy to have Fati on one side and Dembele on the other forcing teams on to the back foot and opening up the space for Messi and Coutinho or Griezmann to thrive in the space created.

The position is there waiting for Dembele. He has a coach who wants to make the most of a player with exactly his attributes but he needs to overcome any psychological hangover from his two tendon injuries and find his wings again.

If he can the player they call the mosquito could still bite for Barcelona. If not it will be the summer market all over again in January with the club trying to sell a player no one wants to buy.

Fri Oct 16 , 2020
Alabama QB Mac JonesJohn Raoux/Associated Press While the College Football Playoff has never been in jeopardy, the rest of bowl season has had an unclear outlook. Put simply, there were too many unanswered questions. Would the games be prioritized? Would any schools not travel to a fan-less game several states […] 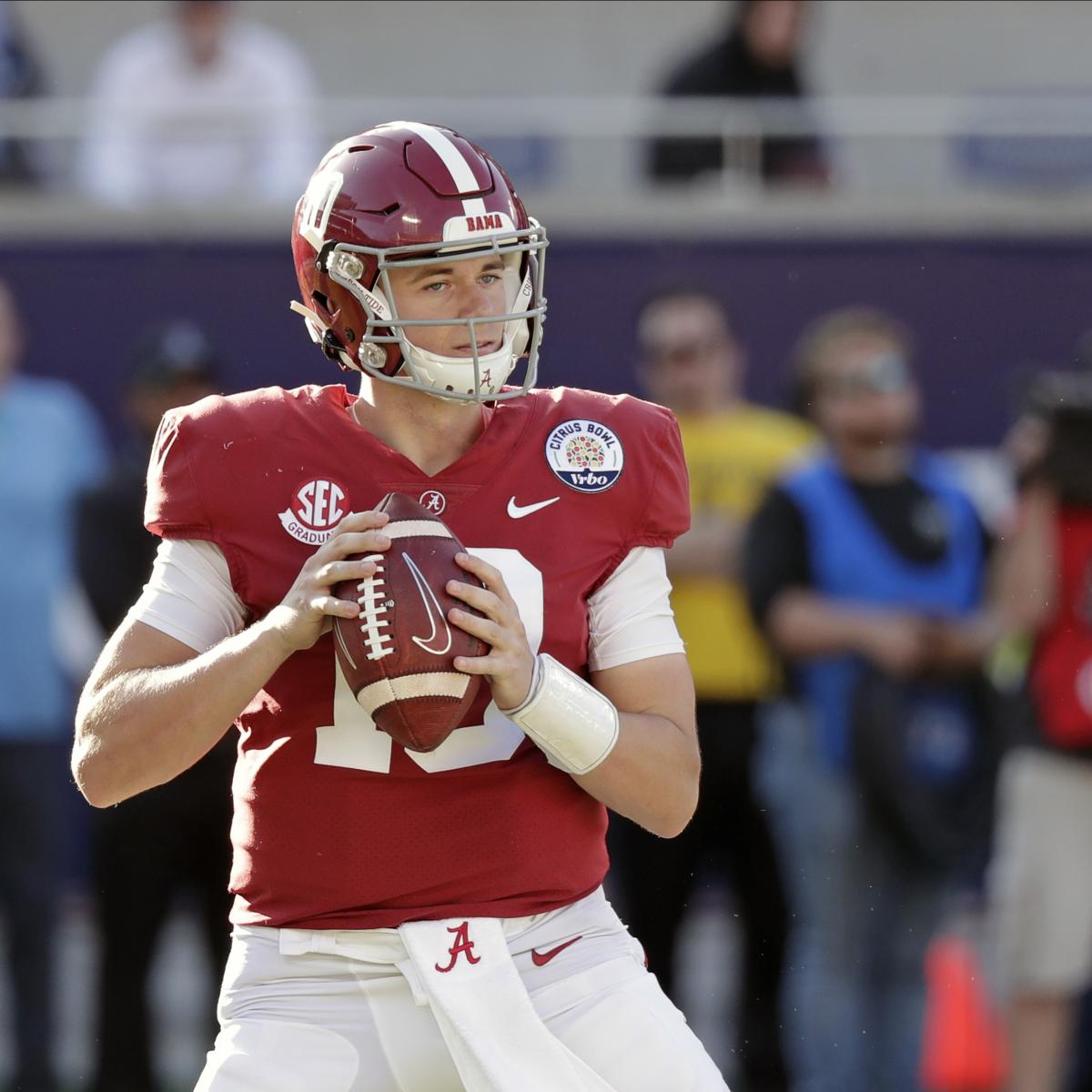