After a relatively subdued start to the campaign, some of college football’s heavyweights return to action in Week 4. After delaying the start of its season by two weeks because of the coronavirus outbreak, the SEC opens its campaign on Saturday, with defending national champions LSU, Alabama and Georgia all in action.

The Crimson Tide, ranked No. 2 in the AP Top 25 Poll, begins its season on the road against Missouri, while No. 6 LSU welcomes Mississippi State and No. 4 Georgia takes on Arkansas on the road. Meanwhile, No. 1 Clemson has a bye after thrashing The Citadel 49-0 to improve to 2-0 and No. 7 Notre Dame travels to take on Wake Forest.

Trevor Lawrence completed eight of nine attempts for 168 yards and three touchdowns, while Travis Etienne rushed for 68 yards over eight carries as the Tigers put the game against The Citadel to bed by scoring all their 49 points in the first half.

Ian Book, meanwhile, was a modest 12-of-19 for 143 yards in Notre Dame’s 52-0 demolition of South Florida, but the Fighting Irish didn’t need their quarterback to be particularly involved as they racked up 281 rushing yards, with C’Bo Flemister leading the way with 127 yards and one touchdown over 13 carries.

Meanwhile, Miami climbed from No. 17 to No. 12 after defeating Louisville 47-34 on the road in the season’s first matchup between ranked programs, while the Cardinals slipped from No. 18 to No. 23 after the loss. Hurricanes quarterback D’Eriq King completed 18 of his 30 passes for 325 yards and three touchdowns, while Cam’Ron Harris added 134 yards and one touchdown over nine carries as Miami snapped a three-game losing streak on the road.

Week 4 also features two ranked matchups, with No. 23 Kentucky traveling to No. 8 Auburn, while No. 14 Cincinnati hosts No. 22 Army. Elsewhere, No. 3 Oklahoma returns from a week off with a home game against Kansas State, while No. 5 Florida and joint-No. 8 Texas are both on the road, facing Ole Miss and state rival Texas Tech respectively.

Here’s all you need to know ahead of Week 4.

The full AP Top 25 can be found here.

Tue Sep 29 , 2020
That it comes against the Yankees, in arguably the greatest rivalry in all of sports, adds another layer to this. It’s beneficial that Houck gets to experience it so early into his career. An outing against such a formidable lineup like the Yankees will require Houck to emphasize his attention […] 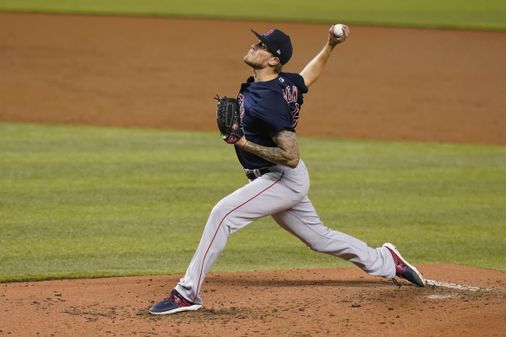