To date, the city of New York, the most populous city in the U.S. and the hardest hit by the COVID-19 pandemic, has only received 12% of federal PPP loans. Like many cities and counties around the country, New York is counting on federal loan aid to help businesses and support in the reopening of public schools. NYC Comptroller Scott Stringer joined Yahoo Finance to discuss why the city needs a stimulus package that includes funding for education.

“We need to have a stimulus package that is also gonna include money for school re-openings; this is not a cheap undertaking,” he said.

“This is really a matter of putting dollars to work so that we can create a school plan that works for kids, whether it’s [online learning or] classroom learning. This is the challenge of every big city and every small county in America right now,” he stressed.

“Trump has to stop playing games and come forth with a stimulus that reflects that we actually need to get our kids educated in a safe way. Looking at science and medicine, not hokey pokey stuff coming out of Washington,” he added.

Stringer says that the teachers are often left in the dark when it comes to the reopening of NYC public schools.

“The teachers are the last ones to be consulted on major life-and-death decisions. Keep in mind, teachers lost their lives teaching our children.” According to the NYC Department of Education, more than 79 DOE employees have died of COVID-19, including 31 teachers.

The NYC comptroller places blame at the feet of Mayor Bill de Blasio, whom he said took too long to close schools — and is taking too long to come up with a re-opening plan.

Stringer, referring to himself as a “Public school dad” of a seven and 8-year-old, offered some protocols that he believes would help city schools open safely.

“We’ve got to double down and make sure these kids don’t get pushed aside because the government is incompetent, and it’s not willing to listen. I think that’s happening on the national level in the Trump administration and certainly happening in New York City. Let’s listen to the teachers. Let’s hear what their thoughts are. We cannot allow people to teach if they don’t feel safe, so let’s make them safe.”

Stringer says the city has 30-million square feet of open space and schoolyard space. He believes that the school system should take advantage of that to keep both students and teachers safe.

“You gotta use some of it, folks. I mean, just get creative, get busy, do something.” 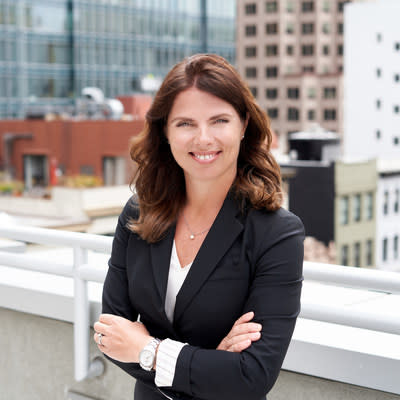