America’s live event and entertainment businesses came to a screeching halt this year when most states imposed restrictions on large gatherings because of COVID-19. Now, many say their industry feels forgotten, and they need financial relief to survive.

Brad Dunnum has owned ARIA Show Technology in western Michigan since 1999, employing 10 people who provide sound, lighting, video and other services for live events. But the pandemic forced Dunnum to lay all of them off in June.

“We’re not seen or heard a lot because we’re behind the scenes,” Dunnum said. “When nobody notices us that means we’ve done a good job … and because of that, a lot of folks have forgotten about us.”

Nearly 17 million people were employed in the leisure and hospitality industry, which includes the live events industry, at the beginning of 2020, according to the Bureau of Labor Statistics. That number dropped sharply to under 9 million in April, and is now just over 12 million. That number includes those who work in the arts, entertainment and recreation sectors, as well as accommodation and food service sectors.

NBC News’ Social Newsgathering team spoke to several workers in the industry who say they fear what the comeback for their industry could look like.

Claudine Goin, who came off furlough last week as a senior producer at productionglue, a production company in New York, said “no one seems to be talking about” the affect the pandemic has had on the live event industry.

That sentiment, that the troubles facing the industry has not received enough attention, was shared by many who spoke with NBC News.

“We’ve talked about artists and they’re doing concerts from their kitchens … and hotels and airlines and restaurant workers, they’re all getting back to some kind of normal and at least able to generate some sort of revenue,” Tom Lohman, vice president of Odyssey Lighting in Grand Rapids, Michigan, said in a phone interview. “But for us, if we can’t put 1,000 people or 20,000 people in an arena safely, we have no work.”

Many workers who are currently furloughed or normally do freelance work say they believe the industry won’t return until at least January 2021, with some saying things might not start up until next March. And even then, there may be a delay as people slowly become comfortable being in large crowds again, said Julienne Bilker, who also works at productionglue, as a production manager. “It can never turn back on instantly,” she added.

Bilker emphasized the need for an extension of the extra $600 unemployment benefit provided through the CARES Act, which is set to end July 31. Many of her colleagues have been relying on it to make ends meet, she said.

Some said that when the unemployment safety net runs out, they may be forced to find new careers altogether, while others said they’ve already tried that avenue but that, because of the overall depressed economy, viable work is hard to come by.

Amid a steep drop in employment this year because of the pandemic, the White House on Tuesday announced the “Find Something New” initiative, encouraging people who are unemployed or unhappy with their jobs to pursue a new career.

Melody DePree, a production coordinator and labor manager in Los Angeles, has applied to more than a hundred jobs since April 1. So far, she hasn’t gotten a single one.

“For us, the end of July is this big cliff that we’re about to fall off of unless the government steps up and helps us financially,” DePree said.

A bipartisan group of senators sent a letter to Senate Majority Leader Mitch McConnell, R-Ky., and Senate Minority Leader Chuck Schumer, D-N.Y., on June 4 calling for the “inclusion of targeted relief for the live entertainment industry in future legislation.”

“We expect this industry will continue to be disproportionately impacted,” the letter said. “Even as the current stay-at-home orders are phased down, there will continue to be restrictions and limitations imposed upon large gatherings for an extended period.”

Chris Fahey, a freelance production manager in California, said the upcoming conclusion of the additional unemployment “pretty much means I won’t know how to pay my rent.”

Fahey only worked two big events this year. Typically, he works festivals like Stagecoach and Coachella, along with a number of large events in California.

Still, there’s hope that a shift to digital events or drive-in concerts may help stave off unemployment for some.

Jenna Woods, a freelance stage manager, worked a virtual graduation this year, but said securing jobs like that one aren’t easy.

“A lot of clients who are used to doing live events don’t know much about how live streams work,” Woods said. “A lot of them are hesitant to transfer their live events into the online world.”

It isn’t the same as an in-person event, and it means employing fewer people than usual. Woods, whose husband also works in live events as a stagehand, said the end of the additional unemployment money, and the fact that their unemployment benefits will run out in November, is a point of stress for her family.

“What we’re going to do between December and March is a big question mark,” Woods said. 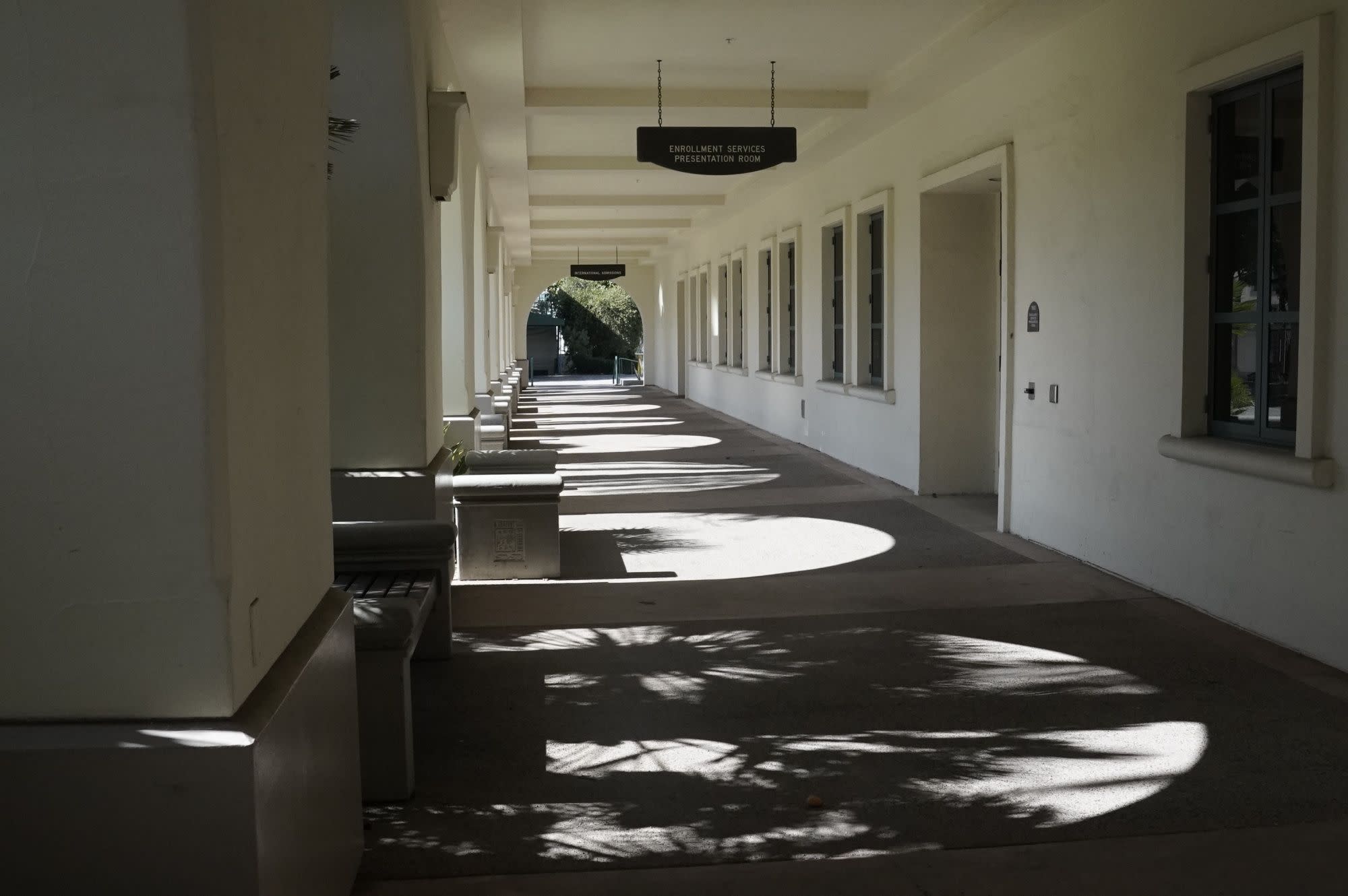