Lucien Smith was one of the first visitors at the Parrish Art Museum on Aug. 7. The museum in Water Mill, N.Y., had just reopened from its spring pandemicclosure, unveiling a slate of new exhibitions to welcome guests back to its galleries.

The 31-year-old artist was heading into the museum for the second time that day; he’d led a tour of his exhibition earlier that morning. The 10 large canvases, still owned by Smith, have been in storage for the past seven years. The works earmark his swift rise in the art world as a young twentysomething, and they’re marking an important new milestone for the artist now: his first museum show.

“I’ve gotten a lot of messages and e-mails and people congratulating me, which is nice; it’s nice to hear from people I haven’t heard from in a while,” he says. “I’m kind of still in shock, but I’m sure it’ll settle in soon. But yeah, dream come true for me to see these paintings, especially after so many years, together again.”

Last summer Smith was awarded an Inga Maren Otto fellowship at the Watermill Center, Robert Wilson’s art “laboratory” which supports experimental and out-of-the-box creators and experiential artists. Through that experience, he connected with curators from Parrish and began a dialogue, culminating in a solo summer show one year later.

Smith’s more recent work is a departure from his early abstract series of paintings, which feature blue and yellow spray paint applied to canvas using a fire extinguisher, a technique he honed over the course of several years. He describes the process of making the paintings, which he started in 2011, as an exercise in perfecting the technique; the final suite is the summit of that effort. “I don’t know if I work in the same way as I used to, but I’m definitely always chasing to try to have the thing I’m creating come as close to how I imagined it,” he says.

The artist made the final ten paintings of his “Rain Paintings” series in 2013 while spending the summer in Southampton. This was before he decamped from the city to live in Montauk full time; then a recent graduate of Cooper Union, his work was selling for wide-eye prices. In early 2014, one of his “Rain” paintings sold at auction at Sotheby’s in London for 224,500 pounds. The hype and sales figures were untenable, and Smith ultimately traded the art market for an artist-first philosophy, and his Manhattan studio for Montauk.

He declined the industry standard of exclusive gallery representation and the more linear, paved roads to institutional shows; it’s difficult to land in a museum without the infrastructure of the establishment. Not that his work hasn’t been shown in notable galleries — it has, including at Half Gallery, Salon 94 and Skardtedt. Smith’s also garnered the support of other establishment-skirting creatives and friends, including Virgil Abloh, who in 2018 hosted an exhibition of Smith’s work at his conceptual SoHo retail space Empty Gallery.

Despite his early success, Smith isn’t wedded to genre or stylistic language, or even to his own accomplishments. While in residency at Watermill, he began working with a young assistant intern who’s now the director of Smith’s nonprofit, Serving the People, an online platform for art and creative discourse.

“I work in a whole new way than I used to,” says Smith. “A lot of my energy is really devoted to my nonprofit organization — art if anything, for a lack of a better word, has become more of a hobby, so there’s less pressure meeting expectations. I kind of just do what I want, when I want to do it.”

The platform is anti-curation and inclusive; they’re working to make it so that anyone can create a user profile for themselves to sell work. They’re also working on building out an editorial blog to facilitate conversation between emerging artists and writers.  In the last few months it has hosted Yard Sale, a group exhibition — which is ongoing and encourages anyone to submit their own work — benefiting The Loveland Foundation, as well as an exhibition for 2020 BFA graduates. Ultimately Smith hopes that STP will be a more efficient and healthier alternative for up-and-coming artists to choose over the more established — and opaque — gallery routes.

Although Smith recently hosted an exhibition of his own work on the platform, he’s likely to be more behind-the-scenes as STP continues to establish more of its footprint. “I don’t necessarily want to bogart the platform,” he says. “I think it’s important for me to separate myself from the organization to really let it be its own thing.”

That show, “Fear Eats the Soil,” underscores Smith’s approach to pricing within the art world. Each photo work was specifically priced — $1,241, $852, $1,003 — based on an algorithm and determined by the exact square-inch measurements.

“That was just me to use the platform to experiment,” says Smith. “That’s price transparency, and that’s stuff we’re dealing with. We’re a real big fan of the auctions — not Sotheby’s and Philips — but allowing people to bid up on works. I think that’s an interesting way for artists to be able to price their works, it’s a shot in the dark otherwise,” he adds. “The cool thing about our site is artists will eventually be able to just write their own prices. And they can write $7,000 — if they don’t sell it for $7,000, they can write $3,000 and continue to figure out their own market. I do believe that [artworks] have no value unless someone purchases it, so whatever someone’s willing to purchase work for at that time is kind of what it’s worth.”

While summer out East is different this year, life and work look very much the same for Smith, who moved to Montauk to avoid many of the social trappings and distractions of the art world.

“I’ve been practicing social distancing and quarantining for five years now, my day-to-day is really not much different,” says Smith. “My productivity and work ethic hasn’t changed much since quarantine, but I would say that because of what we’re going through, we’ve received a large amount of support and volunteer work from students and graduates all over the world, who want to get behind something that’s a little more socially effective.”

In terms of his own work, Smith has been working on paintings for several upcoming group shows, as well as a feature film, which is already several years in the making.

“It’s been a labor of love. It’s also a field that I’m not too well versed in, so it’s taking some time,” he says of the film. “Hopefully it’ll be in theaters by 2022, 2023, but it’s been five years of me working on the script and really visualizing my ideas. I also don’t plan on making that many films so it’s something I want to be as perfect as it can be. I’m not interested in rushing it.”

More From the Eye:

Kenny Scharf Has Many Faces at Jeffrey Deitch

Wed Aug 12 , 2020
Lights, camera, learn! AaronAmat/iStock via Getty Images Plus Many of the nation’s 57 million K-12 students will spend at least part of the 2020-2021 school year either dealing with distance learning or a hybrid model that keeps them out of classrooms several days a week. They’ll spend lots of time […] 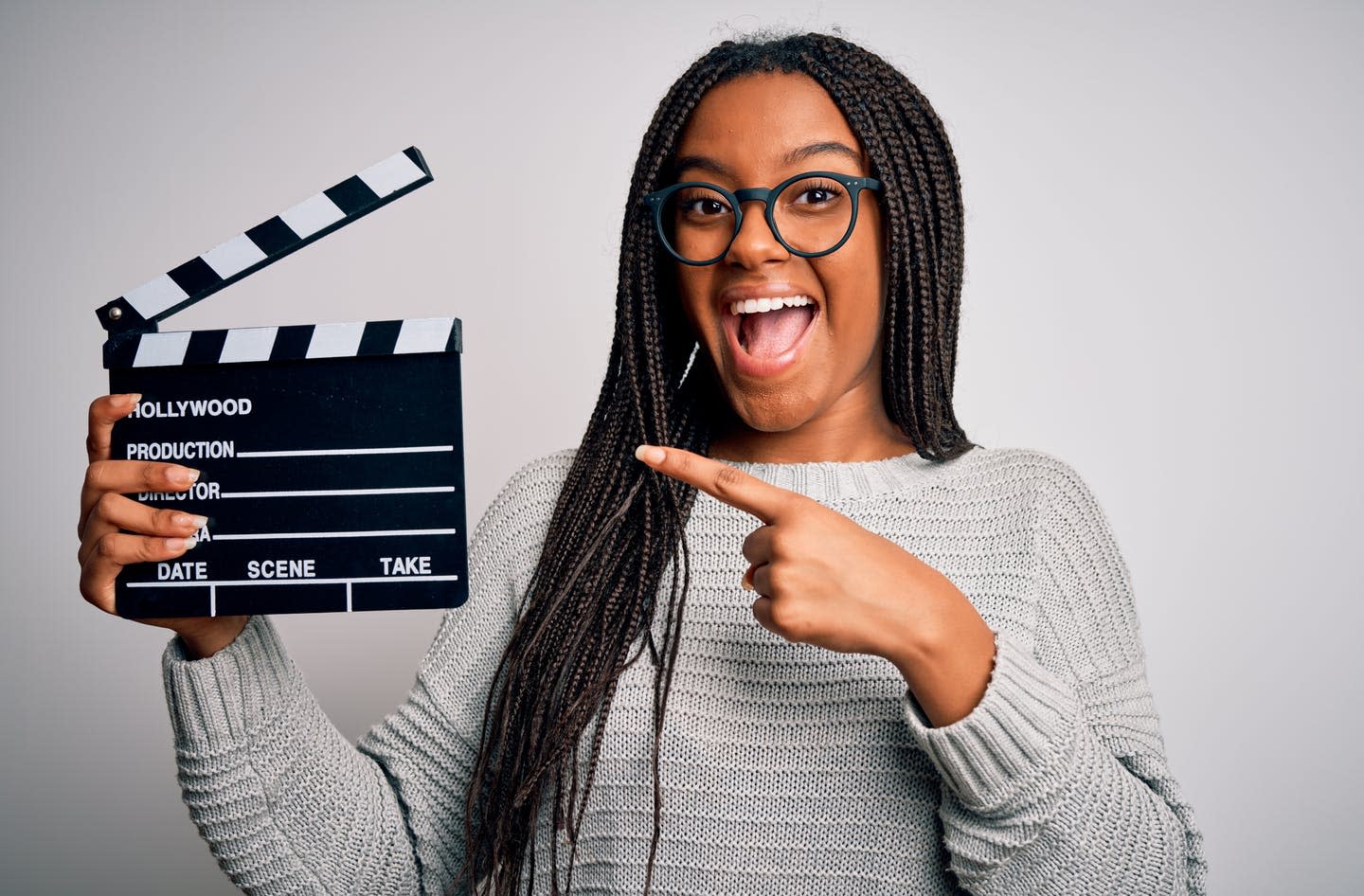