Lions quarterback Matthew Stafford and his wife Kelly are making a bigger commitment to his alma mater, the University of Georgia. After an initial donation of $350,000 to the athletic department to help launch a social justice program with the UGA Athletic Association.

On Friday, the Stafford announced that they were increasing the total gift to $1.5 million, to be spread throughout the athletic program and to help fund scholarships.

Kelly and Matthew Stafford at a Pistons game in 2015. (Photo: Duane Burleson, AP)

The Staffords have given back to several causes in the Detroit area since the Lions drafted Matthew first overall in 2009, but they wanted to make a bigger impact at their alma mater.

“Give a lot of credit to my wife. She was hugely instrumental in getting everything together, as well. It was a total team effort,” Stafford said Friday via teleconference. “We’re just trying to figure out the best way to make an impact is. We’ve done some work here in the Detroit area and wanted to do some work back where we spent our college years.

“Obviously, Georgia was thinking about starting this program and we were obviously extremely happy to be a part of it.”

With social unrest erupting around the country following the deaths of Ahmaud Arbery, Breonna Taylor and George Floyd and the Black Lives Matter Movement, more athletes have come to the forefront to express their views on social issues. It’s also led to an increased conversation among athletes and their communities in sharing ideas.

That includes the Lions who have had discussions about race and inequality. The more they talked, the more the learned about situations that could have been uncomfortable previously, but they gained a common ground.

“I think, obviously this offseason, for us as a football team, was a special one. It was different,” Matthew said. “Obviously, we’re on these Zoom calls, but there was some awesome conversations that happened. A lot of listening, a lot of learning and a lot of inspirational stuff. That was an awesome thing to be part of and kind of got the wheels turning.”

Some of that spurred the Staffords to look at other ways to make a difference. The donation turned out to be one of their preferred avenues.

It’s been a revelatory experience for Kelly as well, who has evolved from her opposition to Colin Kaepernick’s kneeling protest during the national anthem. The discourse has helped her to understand more fully the implications of his protest and how it’s being interpreted.

“When Kaepernick knelt during the national anthem, I had strong feelings about it. Even when he kept saying it had nothing to do with the flag or military, I didn’t listen. I kept not listening to him or anyone else and let the political rhetoric persuade me that him kneeling was disrespectful to our military,” Kelly wrote on Instagram last week. “Over the past several months, I have opened my ears, mind, and heart and it has opened my eyes to see how wrong I was and for that I am sorry.

“This systematic racism is not going away unless we ALL work on it by working on ourselves and those around us. It’s time for everyone to do their part to help end this system. Matthew and I thought this was a good place to start. We are proud to be a part of this program and we will keep fighting to help end this social injustice. Black Lives Matter.”

Wed Aug 26 , 2020
As more universities abandon plans to reopen and decide instead to keep classes online this fall, it’s leading to conflict between students who say they deserve tuition discounts and college leaders who insist remote learning is worth the full cost. Disputes are flaring both at colleges that announced weeks ago […] 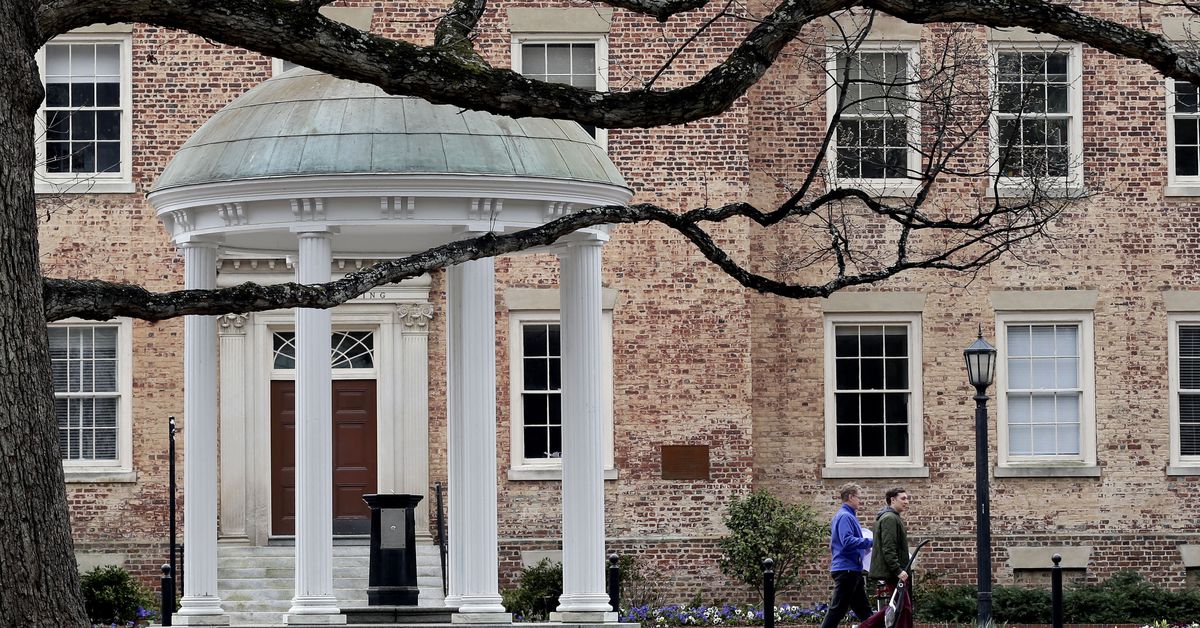