Professor Sarah Gilbert keeps a mug on her desk that neatly surmises her life and work: ‘keep calm and develop vaccines’. It is a mantra that has served the professor of vaccinology at Oxford University’s Jenner Institute well. After all, the team she leads has surged to the very front of the global race to develop an effective coronavirus vaccine.

This week – as has been the case on numerous occasions in recent months – her name has been plastered across the front pages. The initial results of the coronavirus vaccine published in the Lancet medical journal has confirmed the jab is safe and produces an immune response to Covid-19. Those findings have sparked renewed hope that an effective vaccine could be rolled out by the end of the year.

“It’s not surprising to us,” says the 58-year-old in her first newspaper interview since the announcement, projecting the same air of brisk professionalism and supreme confidence she has displayed throughout the pandemic, while our politicians flap and flail.

Since January, Professor Gilbert and her team have condensed a process that normally takes years into months and become world leaders in finding an effective weapon against the virus.

The unimaginable pressure of that endeavour aside, the efficacy of the vaccine is also now a family affair. Among those to have taken part in the phase 1 trial are her 21-year-old triplets, all biochemistry students (two at Oxford and one at Bath). Having returned to the family home during lockdown, she insists they volunteered on their own accord – “living close to Oxford, it’s something students around here get to know about, trials” – but waited until their exams were over in case of any adverse effect.

Has she been keeping a wary eye on their condition across the breakfast table since? “I haven’t been at home much,” she admits.

In fact, last Sunday marked her first day off this year. She spent it pottering about in her neglected garden. She tells me such is the all-consuming nature of her work that she learnt long ago not to plant anything that requires too much attention. Professor Gilbert’s typical lockdown regime has involved getting up at about 4am each day and cycling the short distance to the laboratory. Typically she will return home exhausted at around 8pm while her colleagues toil into the early hours.

“My husband has taken on all the shopping and cooking responsibilities,” she says. “I just go home and sit down and there’s food there. I wouldn’t have the energy to cook anything myself.”

Professor Gilbert has previously spoken of the difficulties faced by working mothers in science and the debt to which she owes her husband. When the pair first moved to Oxford 26 years ago for Gilbert to take up a senior post-doctorate position with Professor Adrian Hill (director of the Jenner Institute) her husband changed his career as a scientist to work in publishing for Oxford University Press. Following the birth of their triplets in 1998, the nursery fees alone would have cost more than her entire income. They agreed instead her husband would “sacrifice” his own career to look after the children.

Normally used to working in relative obscurity, Professor Gilbert is not entirely comfortable discussing such personal matters, nor is she enamoured with her newfound celebrity status. In recent months lucrative offers for after dinner speaking gigs have started to roll in. She has rejected every one.

“It’s not my natural instinct to stick my head above the parapet,” she says. “I don’t want to be a celebrity. I just want to get the work done.”

Sarah Gilbert grew up in the Northamptonshire town of Kettering. Her father worked in the office of a shoe factory and her mother was a primary school teacher. She attended Kettering High School after passing her 11 plus exams and despite an obvious flair for science, never dreamed she might one day study at Oxford.

“We didn’t get any information about Oxford at my school,” she says. “It was a completely different world. At the time there was a separate applications system but only the daughters of the local MP and the surgeon got to know about it. The rest of us were completely oblivious.”

Instead she read biological sciences at the University of East Anglia before pursuing a PhD in the department of biochemistry at Hull University. Various postdoctoral positions and a stint working in a biotech company followed, before she got the job at Oxford.

She has been working on vaccine development ever since and in the past 10 years specialising in emerging pathogens. In the wake of the 2014 Ebola outbreak – where the Jenner Institute led the first trial of a vaccine – Professor Gilbert responded to a call for researchers to devise methods to rapidly respond to was described as ‘Disease X’ – the unknown yet inevitable next global pandemic and would require a vaccine.

It was back in 2018 that the World Health Organisation (WHO) put scientists and health workers around the globe on alert for a new and potentially deadly pathogen – Disease X. The mystery pathogen was added ninth to a list of diseases which scientists believed would pose a major public health risk, one which could cause a serious international epidemic. Covid-19 fits that description, but she warns there will be more. “In the future there will be another ‘Disease X’ to respond to, and then another and so on,” she says.

She focused her work on three viral pathogens: Lassa Fever, Nipah and another coronavirus Middle East Respiratory syndrome (MERS) developing a vaccine combining one gene from the virus with a chimpanzee adenovirus (a common cold among primates). The vaccine works as a “trojan horse”; the adenovirus tricking the human cells to produce an immune response. Professor Gilbert has developed the Covid-19 vaccine using the same method.

Even with this running start over the rest of the world – and a vaccine manufacturing facility on site – she struggled to secure initial funding. “A lot of groups of people had to come to the realisation that this is happening, we are not stopping it,” she says, diplomatically. At one stage she had to persuade the university to “underwrite” some of their costs to be able to keep going.

“This is what I’ve been thinking about and planning for,” she says. “It is really great to be implementing these things and have the funding, finally, to do it and move at the speed we know we can move at.”

Success has brought about unwanted admirers. In recent days Russia has been accused by the security services of attempting to hack into vaccine development programmes at Oxford University and Imperial College London. Professor Gilbert says they are often targeted with so-called phishing emails and 18 months ago she received a message with an attachment apparently related to her work. After opening it she realised it was a virus and subsequently had her computer “completely wiped” by university technicians to ensure no malware remained. “We’re all very familiar with IT security,” she says.

The internet has also given rise to another secondary problem: the spread of misinformation. Having seen the virus in microscopic detail, Professor Gilbert says there is no evidence to support the unfounded suggestions perpetuated online that Covid-19 was manmade and escaped from a Wuhan laboratory. ‘It is very similar to viruses found in animals’, she says: ‘That is where it came from. This happens repeatedly. This is where we get disease from. Zoonotic transmission is where emerging pathogens start and it happens a lot.

Similarly social media has propagated a cult of anti-vaxxers. A poll released this week of 2,000 people across the UK claimed 14 per cent would refuse to take a vaccination for Covid-19. Other US polls have found that figure to be as high as 50 per cent. Experts estimate any vaccine will have to be taken by 70 per cent of people to render it effective.

Professor Gilbert is against compulsory vaccination, suggesting education is a far better approach. “There does need to be more done to stop the spread of misinformation,” she says. “When you start to unpick the objections people have to vaccines, a lot of it doesn’t make any sense.”

She hopes explaining the science will be enough to stymie the claims of the anti-vaxxers and prevent her hard work from unravelling. “Too many people reject them out of hand. They say these vaccines are being developed too quickly and won’t be safe but that doesn’t follow. Just because it normally takes 10 years to develop a vaccine that is mostly about funding and procedure. We know about the safety of all this technology. This is a different approach to vaccination – it doesn’t have to be slow.”

The British government has already ordered 100m doses of the Oxford vaccine, while the pharmaceutical giant AstraZeneca has signed up to mass produce hundreds of millions more. However Professor Gilbert warns there remains a long way to go.

Phase II and Phase III trials are currently ongoing in the UK examining the impact of the vaccine on thousands of volunteers over the age of 55. Sarah says: ‘We know 18-55 year-olds are not the ones who get really sick. But that’s where you start.” Researchers have already started on Phase II, vaccinating an older cohort of 55-69-year-olds and 70 plus. They start with a couple of hundred for each and eventually extend it to 1,000 in each group for Phase III. A further 8,000 volunteers between the ages of 18 and 55 are also involved in Phase III.

Phase II and phase III trials are currently ongoing in the UK examining the impact of the vaccine on thousands of adult volunteers.  Phase II is two older cohorts of 55-69-year-olds and 70 plus. They have started. We begin with a couple of hundred for each in phase II and eventually extend it to 1,000 in each group for phase III. That is happening now in the UK. Phase III also includes around 8000 volunteers between the ages of 18 and 55.

Due to the relatively small Covid-19 transmission currently occurring in Britain, the team are also running trials in South Africa and Brazil to examine how vaccinated patients might respond to being infected. Until there is an effective treatment for the virus she has ruled out so-called ‘challenge trials’ where volunteers are deliberately infected.

While the vaccine has now been confirmed to produce an antibody response, the level required to protect against infection from coronavirus remains unknown.

“What we haven’t done much before is giving a second dose of vaccine and seeing antibody responses get even stronger,” she says. “We don’t know what level we need to get to protect people against this virus. We can’t say what antibody level is needed – nobody knows.”

For the vaccine to be ready by Christmas, three things must first occur: efficacy proven, regulators agreeing to its use and a large quantity manufactured. To combat the pandemic, she is sure more than one vaccine will be required. “We’re not competing with the other vaccines because we need more than one vaccine for the world,” she says.

As for who should receive the vaccine first, Professor Gilbert says that depends on the situation we find ourselves in this winter. A second wave, she admits, is “quite likely” and on the horizon. “Pandemics come in waves,” she says. “They don’t just come once and disappear.”

Fri Jul 24 , 2020
RALEIGH, N.C. (AP) — When Laura Comino opened the housing email from the University of North Carolina at Greensboro in June, she knew she had to take action. At the direction of the state’s public university system, UNCG asked her to sign a housing contract addendum acknowledging that she might […] 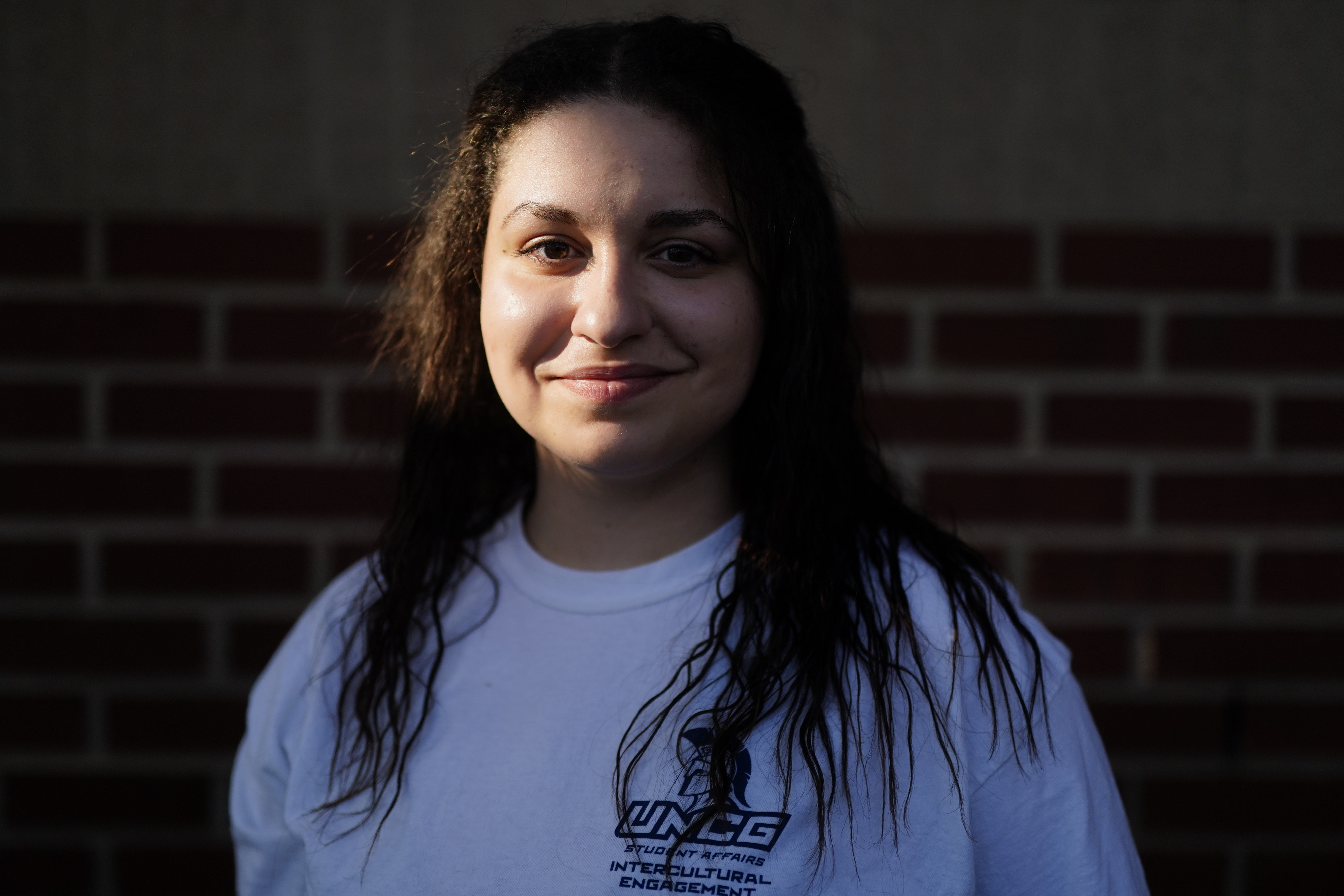