Meghan Markle and Prince Harry both have birthdays coming up, which means one thing: the Sussex Squad has a plan.

The Sussex Squad is a group of supporters of the royal couple who regularly join forces around major holidays and birthdays to celebrate Meghan and Harry through charitable endeavors. Generally, organizers pick causes to contribute to, alert the rest of the Sussex Squad via social media of the effort and begin fundraising and donating in the days leading up to their deadline.

Dani Trin, a recent college graduate based in Portugal, helped create and oversee the latest campaign for Meghan’s birthday on Aug. 4 and Harry’s on Sept. 15.

Last week, she announced the initiative on Twitter: scholarships for women’s education in partnership with the Campaign for Female Education, also known as Camfed. The non-profit organization works to eradicate poverty by educating African women.

The scholarships, dedicated to Meghan, is appropriately called the #InspiredByMeghan Scholarship. Donations from Sussex Squad members will support young African women through a year of technical and vocational training, specifically in the areas of nursing, engineering and journalism. As of Friday evening, the squad had raised more than $45,700.

HuffPost contacted Trin via email about the Sussex Squad’s history of charitable campaigns for their faves, how the most recent fundraising efforts came to be and what it’s been like getting recognition from the Duke and Duchess of Sussex.

The Squad first began organizing charitable efforts for the couple in 2018, when Meghan was pregnant with their son, Archie. The subsequent online movement was called the #GlobalSussexBabyShower and raised thousands of dollars for charities including Camfed, WellChild, which aids seriously ill children and Mayhew, an animal welfare group for which Meghan is a patron.

The Squad has since celebrated other major milestones in the couple’s life, leading a #HappyFathersDayPrinceHarry, which raised thousands for charities supported by Harry, and #ArchieDay, a celebration of Archie’s first birthday.

For the latter occasion, fans raised over $40,000 for coronavirus relief and, through the efforts of a separate group, planted over 111,500 trees in honor of the little one, along with donating to six charities focused on conservation.

This latest initiative is different, as all of the efforts are focused on one single charity, instead of three or four.

Trin wasn’t originally planning to do something for Meghan’s birthday, telling HuffPost she was burnt out from the organizing surrounding #ArchieDay. She’d also been focusing on graduating amid the worldwide pandemic.

But after someone asked her what she on tap as the next fundraising project on behalf of Harry and Meghan, she decided to do something for the duchesses’ birthday. She said that she’d been considering setting up a scholarship in Meghan’s name for some time and decided to go through with it.

“We were researching on how to set up scholarship funds and realized that it could get complicated having to deal with taxes and other people’s money,” she said. “So the best way to do it, it would be to have a non-profit organization to do it for us.”

Trin and fellow Squad member Elle Harris, who lives in New York and helped organize both the Global Sussex Baby Shower campaign and #ArchieDay, decided to partner with Camfed ― not only because of the work it does, but also due to the organization’s previous involvement with the duke and duchess and the Sussex squad. Harris told HuffPost that their last fundraising effort for Camfed led to 118 scholarships for young women.

Together, the two organized the new scholarship effort, communicating over the phone, Twitter and email, while Trin organized Zoom calls to coordinate with the non-profit. Over 100 members of the Squad knew about the project, but they were able to keep things under wraps until their chosen launch date ― a date chosen based on previous virtual fundraisers and the estimated length of time to run the campaign.

“We are uplifted by, and in awe of what they are doing,” the spokeswoman said. “The Sussex Squad has turned its inspiration into concrete action to make the world a better place.”

Calling the scholarships “empowering,” she added, “With this #InspiredByMeghan fundraiser, the Squad has created a really purposeful movement for good on Twitter. It’s not only about being inspired, but also being inspiring. You can feel the passion, momentum, and the belonging this engenders, and we are really proud and energized to be part of it.”

Trin said she chose the hashtag #inspiredbyMeghan “because, for me personally, it is thanks to Meghan that I realized how female education is one of the most single important areas to work on to better society.” She added that she wants to bring awareness to the cause and help as many girls as possible to continue their education.

Harris echoed Trin’s thoughts and said the group is continually “inspired by the example set by Meghan and Harry in their humanitarian work.”

“We’ve always operated as more than the common fan group. We’ve strived to make our admiration for Meghan and Harry mean more than tweets and Instagram posts,” she said. “We hope to make a difference in the lived lives of promising girls and young women.”

The Camfed account has been tweeting updates on money raised and scholarships earned.

It’s only Day 4 of the #InspiredByMeghan fundraiser & you’ve already achieved THIS ⬇️ We’re just in awe of you!!

With your support *17* young women in sub-Saharan Africa can complete a 1-year vocational training course!#SussexSquad is on 🔥🔥🔥 pic.twitter.com/vd62XRfrCX

Trin said her fundraising efforts and online support have earned her a call in the past from none other than the duke and duchess. She said they called to express their thanks for the fundraiser in honor of Archie’s birthday and the continued online support.

“I think I might have rambled a bit, I’m not sure, but I remember telling her how proud of them we all are and that we’ll be here supporting,” Trin said. “I’m surprised I was able to form coherent sentences.”

While the call was unexpected, Trin added that she didn’t consider it completely surprising. “Before she joined the royal family, Meghan was into connecting with people through her social media and blog,” she said.

After keeping the news to herself for a bit, Trin tweeted about the call and Sussex Squad members responded with glee.

“I feel like everyone was pretty excited. It’s always nice to get recognition from Harry and Meghan,” she said.

“I think Meghan will absolutely love this birthday gift. I would even go as far as to say we are giving her the best birthday gift this year,” she said, before quipping that the latest birthday fundraising efforts are going to put a little bit of pressure on the duke. “Tell Harry to step it up.”

Subscribe to HuffPost’s Watching the Royals newsletter for all things Windsor (and beyond). 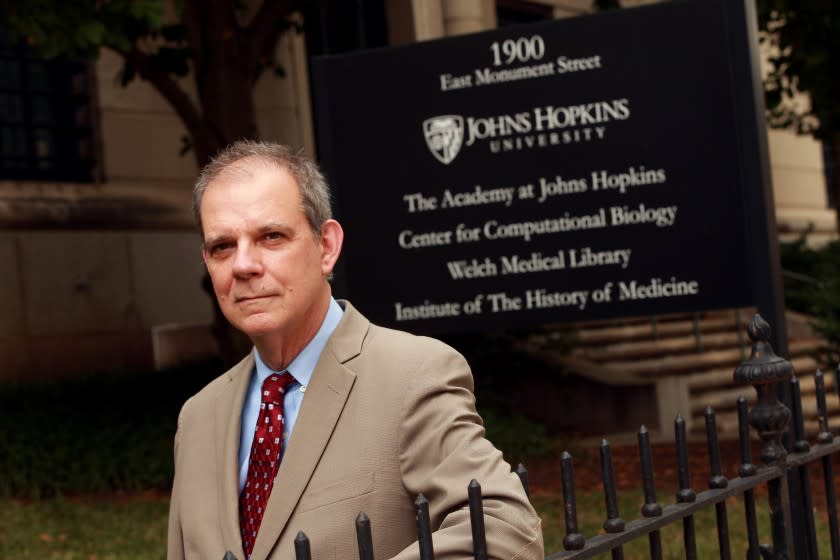