Meghan Markle recently delivered an important message, saying that denying education to girls is like “robbing” the society of its cultural richness.

Markle and husband Prince Harry recently joined Nobel Peace Prize winner Malala Yousafzai on a video call and discussed how education plays an important role in the lives of young girls on International Day of the Girl Child, which was observed Sunday.

“When young girls have access to education, everyone wins and everyone succeeds. It just opens the door for societal success at the highest level. It’s not just robbing society of the cultural richness that comes with educating young girls. It’s also robbing these young girls of childhood,” Markle said during the call.

Markle also noted that the dynamics of the community are “shifted” when women take over and talk about important topics such as policy change and legislation.

“The importance of girls’ education to help defer climate change is absolutely critical. So much is at stake when we don’t give a young woman the opportunity to learn and to get an education,” Prince Harry said during the video call.

Their remarks come almost a month after the royal couple donated $130,000 to an organization named CAMFED, a pan-African non-profit that supports the education of young women and girls.

“No better way to celebrate what really matters. Thank you to everyone who donated!” Markle and Harry said after the donation.

International Day of the Girl Child, celebrated annually on Oct. 11 as declared by the United Nations, recognizes girls’ rights and the challenges girls face around the world.

Tue Oct 13 , 2020
Boston College continued to connect with new recruits in the Class of ’21 this week, offering Quintayvious Hutchins out of Alabama.  Hutchins, a 6’5 250 pound defensive end out of Bessemer, Alabama is currently committed to Murray State. His recruitment started out quiet, due to a coaching change at his […] 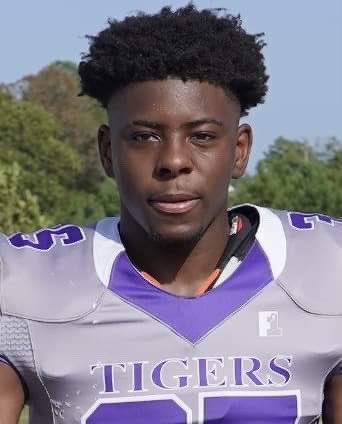