A Wednesday night protest in central Merced at the intersection of West Olive Avenue and R Street took a tense turn after two groups exchanged words in the area of the Chevron gas station.

Police said no injuries were reported and no arrests were made during the face-off between the opposing groups.

The local protest was one of a handful that have been held in reaction to the killing of George Floyd in Minneapolis. He died May 25 in police custody after an officer pinned Floyd to the ground with a knee to the back of his neck. The incident was captured on video. There have been protests and demonstrations nationwide and globally.

Efforts by the Sun-Star to reach the owners of the Chevron on Thursday were unsuccessful.

A flier for Wednesday’s protest had a collage in the shape of a fist, containing the faces of young black people who have been killed in recent years — people like Oscar Grant, Michael Brown, Sandra Bland and Trayvon Martin. According to the flier, the event began at 7 p.m.

Merced police say the protesters stayed on the sidewalk, marching up and down West Olive Avenue. An opposing group formed at the Chevron as the event progressed, and the sides exchanged words.

Officers formed a line along Olive Avenue to keep the two groups separated until about 1:30 a.m. Police said the officers eventually convinced the group at the Chevron to leave. Struble said some of the protesters threw eggs and water bottles at officers.

Merced City Councilmember Matthew Serratto showed up around midnight. He estimated the group at the Chevron numbered roughly 30 people, the protesters at least 100 and members of various law enforcement agencies about 40. Law enforcement had separated the two sides by the time Serratto arrived.

“It was under control,” he said, noting that he heard a physical altercation had nearly broke out at one point. “There was tension, but pretty under control.”

As to the reason why people showed up at the Chevron, Struble said police are presuming they went based on a Facebook post that said a riot was going to happen.

Struble said police learned of the Facebook post Wednesday. The post, which was sent to the Sun-Star, stated: “We need a bunch of bikers, gun owners, all the farmers with tractors and big trailers to defend her station!!! (The owner) said the only thing the cops have told her is to be prepared, as it’s not gonna be good for her…”

Struble said it appears the owners took it upon themselves to board up their business, after learning the protest was going to happen. “There was never any threat that we were able to find that said anything about Chevron,” Struble said.

In another wrinkle to the story, Mercedians were on edge this week after a threatening, anonymous post showed up on social media, encouraging looting and riots in the city. Police have said they do not know who is behind that post, and Merced activists have disavowed its message, saying they want to keep local protests peaceful.

Witness reports of firearms at event

There were reports on social media that some who showed up at the Chevron were armed with guns. Struble said police did not locate any firearms at the gas station.

Rubi Hernandez, a teacher raised in Merced, was also at the protest. She said it was clear that a few people at the Chevron were flashing weapons, although she could not tell whether they were real guns.

A number of trucks drove by with American flags during the protest, Reyes said. “Given what we’re seeing right now . . . the mere presence of people who choose to express their patriotism in this way can communicate a type of fear and violence that doesn’t require words,” she said.

She said she also saw a person in a white truck throw up an “OK” hand signal while driving by the protest — a gesture many interpret as being a white power symbol.

Another group of men shouted, “All lives matter” at the protesters, she said.

Other local events without incident

Wednesday evening’s event was the first time where a local march or protest related to Floyd’s death grew tense.

Since Saturday, there have been a handful of protests in the Merced County region, and all have been peaceful. On Thursday, a group marched and held an event in Court House Square Park. Merced Police Chief Tom Cavallero described that event as peaceful and well-organized. “Myself and Mayor (Mike) Murphy spent a few minutes with them before they started marching,” Cavallero said.

“I think it’s definitely a right to get out and protest and to make our feelings felt, but do it safely, do it peacefully,” Serratto said. “We need to understand each other better, I would encourage everybody to get out there and listen.”

Thu Jul 9 , 2020
The CDC is expected to release “additional reference documents” about reopening schools safely after President Trump criticized the original guidance as “tough” and “expensive.” Despite the ongoing controversy, former Education Secretary Margaret Spellings said it will be the states and local communities making the ultimate decision.  “They’re the people who are […] 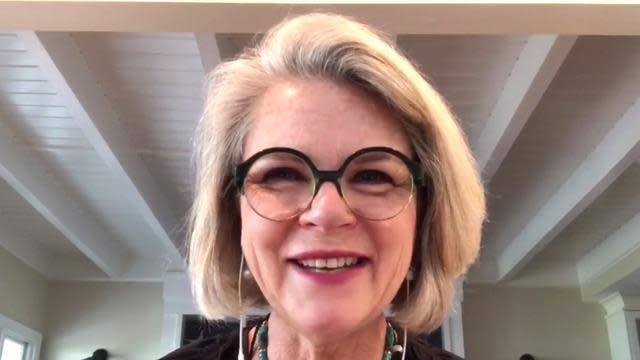