The Mid-American Conference on Saturday became the first league at college football’s highest level to cancel its fall season because of the pandemic.

”I’m heartbroken we are in this place,” MAC Commissioner Jon Steinbrecher said.

With the MAC’s 12 schools facing a significant financial burden by trying to maintain costly coronavirus protocols, and the uncertainty that campuses can be opened safely, the conference’s university presidents made the decision to cancel all fall sports – including soccer and volleyball – and explore making them up in the spring season.

”It would be naive to say that you don’t give thought and consideration to what the financial ramifications or any decision are, but this was a health and well-being decision first and foremost,” Steinbrecher said. ”As we sit here today we don’t know what this will mean financially and how the rest of the fall plays out.”

He added the decision was unanimous among the membership.

”It’s a bitter one, but we believe it’s the right one based on the medical from or medical advisory board,” he said.

Steinbrecher said the conference will make every effort to provide opportunities in the spring and the decision only effects fall sports, not basketball or others that begin in the second semester such as baseball, softball and lacrosse.

MAC schools rely heavily on revenue from road games against power conference teams. Most of those games were canceled when the Power Five went to exclusively or mostly conference games. Without them, the strain became too great of trying to keep players and staff safe during a pandemic.

The conference that built a brand name – (hash)MACtion – and managed to score an ESPN deal by playing football games on Tuesdays and Wednesday nights is now the first to surrender to the pandemic.

The MAC’s broadcast rights deal with ESPN with worth about $1 million per year per school, a tiny fraction of what the Power Five conference schools get from their TV contracts – but a significant amount of money for schools that operate with athletic department budgets in the $30 million range.

The move to spring football has already been going on in the second-tier of Division I.

Nine of 13 conferences that play in the Championship Subdivision, have already postponed fall football seasons, with an eye toward making them up in the spring. The first was the Ivy League in early July.

But in FBS, conferences have been putting in place plans – however tentative – for the coming season. The Power Five went first. The Southeastern Conference released its revised 10-game conference-only schedule Friday with much fanfare. The so-called Group of Five conferences, with the American Athletic, Sun Belt, Mountain West and Conference USA, completed schedule models this week.

The MAC was the last one without a stated plan. A meeting of its presidents earlier in the week was expected to produce an agreement on how to go about a fall season, but instead some schools pushed to not play.

The final decision was kicked to a Saturday morning meeting. The news, first reported by the online sports network Stadium, started leaking within 90 minutes of the scheduled start of the meeting. The league soon announced a news conference with its commissioner an hour later.

Steinbrecher said the conference’s health experts were uncomfortable with the idea that athletes would be facing a higher level of risk than other students.

”And there’s things to we just don’t completely understand about this virus at this point,” he said. ”We’re comfortable that we’re making the right decision for collegiate athletics.”

Follow Ralph D. Russo at https://twitter.com/ralphDrussoAP and listen at http://www.westwoodonepodcasts.com/pods/ap-top-25-college-football-podcast/

Sat Aug 8 , 2020
GEORGETOWN — Some people revere him. Some people despise him. Dr. Anthony Fauci has become a household name since the coronavirus first broke out in the United States. The immunologist who lives near north Bethesda is the White House’s health advisor throughout this world-changing pandemic who has weathered attacks from […] 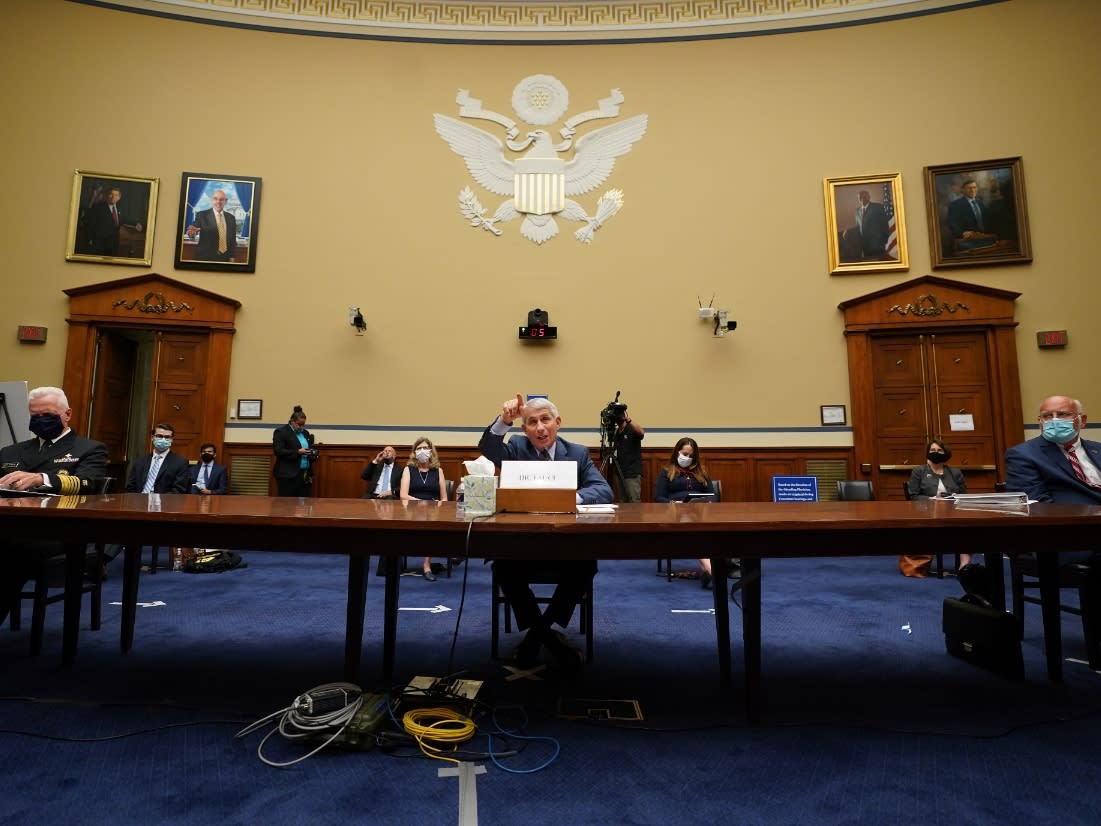