For most of us, 14 was an age of insecurity and social upheaval, when we had to figure out that teenage friendships are very different from childhood ones. Through all that, many of us found comfort in the friends we met online, who were far removed from the social strata of our schools. Yet there still remains a stigma around online friends, even to parents who grew up in the digital age. We see that in the story of a mother who decided to cut off all of her daughter’s online friendships to teach her a lesson.

“My daughter is 14 and hasn’t talked to any real person in five months ever since quarantine started,” thewtydg began her post on Reddit’s AITA forum this week. “She instead has been making friends online. I tried to tell her that online friends are not real friends and that she needs to talk to her real friends outside of the screen.”

While thewtydg’s daughter said that she has known her online friends for three years and feels like they care for her, she said her real-life peers have demonstrated the opposite.

“She claims that her friends from school often leave her out of things and make it obvious that they don’t want her around, which I think is bullshit,” the mom said. To which we say, was this woman ever a teenager?

In her rage against the concept of virtual friendships thewtydg made her daughter delete all her social media and gaming accounts.

“[I] wanted her to face reality that there’s more to life [than] just a screen,” she wrote.

Both the daughter and the woman’s husband think this was all unreasonable, and she may be surprised to learn that psychology is their side. Studies have shown that young people gain as much from online friendships as they do from friend IRL, something many of us are relieved to hear as our kids endure social distancing with us.

“There’s a lot of support for the idea that a friend is a friend, and it doesn’t matter if you engage with that friend in person or through a video game or a video chat,” Ron Stolberg, a licensed clinical psychologist and professor at Alliant International University told SheKnows recently. “People need to feel that they have friends. They need to feel that they’re included, that they have a group, that they’re connected to people.”

“Online friends can be just as real, and even more real, than in person friends,” ghostfornodamnreason wrote. “As a person who has been a part of many toxic friend groups, I know that sometimes real people can be really shitty. I tried confronting them about it, but it doesn’t work as well as you want it to. I ended up leaving both those groups with a little less sanity than I started out with. I would understand if you wanted her to have less screen time and like go outside and get fresh air, but if you’re just mad that she’d rather talk to her online friends than her in person ‘friends,’ then [you’re the asshole] for sure.”

“Forcing her to delete the only contact she has with people isn’t going to magically lead her to contacting her ‘real life’ friends because we’re experiencing a pandemic,” dis0rdered wrote. “At the end of the day, your authoritarian-type parenting might just lead her to lie to you and resent you as she grows up.”

A few also pointed out the irony of the fact that thewtydg took her question to an online forum.

Listen, we understand wanting your children to use moderation with their screen time, to avoid scammers, and to learn how to navigate relationships in the three-dimensional world. But right now is not the time to cut off a kid’s access to safe social interactions.

To her credit, she returned to her post with an edit.

“I understand that I am the asshole,” she added. “When she wakes up tomorrow, I’m going to try to make it up to her by getting her accounts back and allowing her to talk to her online friends. Although I don’t think it’s ok, if it makes her happy, I’ll allow it. Thank you all for showing me what I’ve done was wrong, and I’m going to try to build a better relationship with her from now on.”

That’s the kind of happy ending we needed to read today.

Then again, we’re not advocating limitless screen time, either. Here are some completely screen-free toys for your younger children.

Thu Aug 6 , 2020
ARLINGTON, VA—The Arlington County Police Department is now accepting applications for the 24th Citizen’s Police Academy (CPA). The CPA is an educational program designed to create better understanding and communication between police and the community they serve. According to the county police department, the intent of the CPA is to […] 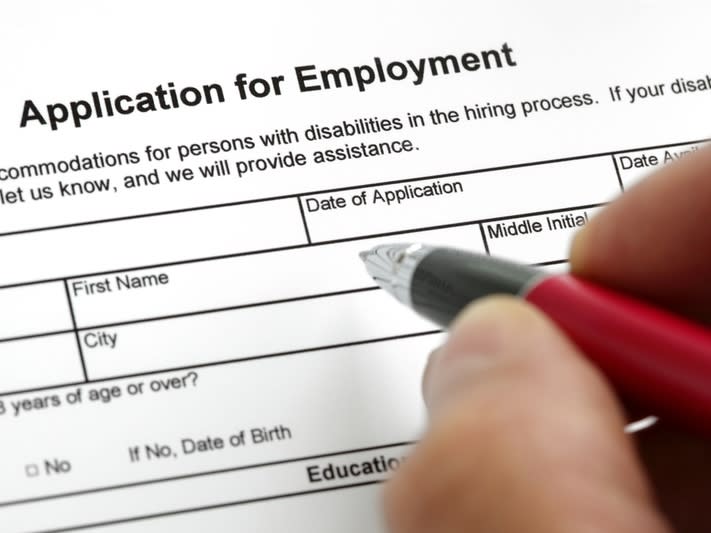