As college students and professors decide whether to head back to class, and as universities weigh how and whether to reopen, the coronavirus is already on campus.

A New York Times survey of every public four-year college in the country, as well as every private institution that competes in Division I sports or is a member of an elite group of research universities, revealed at least 6,600 cases tied to about 270 colleges over the course of the pandemic. And the new academic year has not even begun at most schools.

Outbreaks have emerged on Greek Row this summer at the University of Washington, where at least 136 residents were infected, and at Harris-Stowe State University in St. Louis, where administrators were reevaluating their plans for fall after eight administrative workers tested positive.

The virus has turned up in a science building at Western Carolina, on the football team at Clemson and among employees at the University of Denver.

At Appalachian State in North Carolina, at least 41 construction workers have tested positive while working on campus buildings. The Times has identified at least 14 coronavirus-related deaths at colleges.

There is no standardized reporting method for coronavirus cases and deaths at colleges, and the information is not being publicly tracked at a national level. Of nearly 1,000 institutions contacted by The Times, some had already posted case information online, some provided full or partial numbers and others refused to answer basic questions, citing privacy concerns. Hundreds of colleges did not respond at all.

Still, the Times survey represents the most comprehensive look at the toll the virus has already taken on the country’s colleges and universities.

Coronavirus infections on campuses might go unnoticed if not for reporting by academic institutions themselves because they do not always show up in official tallies, which generally exclude people who have permanent addresses elsewhere, as students often do.

The Times survey included four-year public schools in the United States, those that are members of the Association of American Universities and those that compete at the highest level of college sports. It has not yet expanded to include hundreds of other institutions, including most private schools and community colleges.

Among the colleges that provided information, many offered no details about who contracted the virus, when they became ill or whether a case was connected to a larger outbreak. It is possible that some of the cases were identified months ago, in the early days of the outbreak, and that others involved students and employees who had not been on campus recently.

This data, which is almost certainly an undercount, shows the risks colleges face as they prepare for a school year in the midst of a pandemic. But because universities vary widely in size, and because some refused to provide information, comparing case totals from campus to campus may not provide a full picture of the relative risk.

What is clear is that despite months of planning for a safe return to class, and despite drastic changes to campus life, the virus is already spreading widely at universities.

Some institutions, like the California State University system, have moved most fall classes online. Others, including those in the Patriot League and Ivy League, have decided to not hold fall sports. But many institutions still plan to welcome freshmen to campus in the coming days, to hold in-person classes and to host sporting events.

At the University of Texas at Austin, where more than 440 students and employees have tested positive since the spring, in-person classes will be capped at 40% of capacity and final exams will be taken online.

At Peru State College in Nebraska, where there have been no known cases, classes are expected to resume on schedule, but with stepped-up cleaning procedures and a recommendation for dorm residents to wear masks in common areas.

The University of Georgia has announced plans for in-person classes despite rising deaths from the virus in the state. The university has recorded at least 390 infections involving students, faculty and staff.

O’Bryan Moore, a senior at the school, said he was worried about the safety of his classmates and teachers. He said he was skeptical that students would widely follow guidelines to wear masks once they return in August.

“There is no way I can see this ending without outbreaks on campus,” said Moore, who is studying to become a park ranger.

Moore said that online classes have not been as effective as in-person classes, but that he still hoped the university would change its plans for students to return to campus.

“I think we should remain online for this semester, even if it’ll hurt my education,” he said. “Because it’s the right thing to do.”

Though hundreds of universities responded to The Times’ request for data, others declined to cooperate. Some said they were not tracking such cases. Others invoked privacy concerns, even though The Times asked for aggregate case totals, not a list of individuals who were infected.

A spokesman at Arizona State, for example, said they “chose months ago to not release data/names/results” on coronavirus cases. A spokesman for Montana State University said the school “does not provide health information on its students, faculty or staff, even on general subgroups.” The U.S. Naval Academy cited “operational security” concerns. A spokeswoman for Washburn University in Kansas said she believed giving such information would violate privacy laws. And while the University of Missouri’s athletic department confirmed 10 cases, a spokesman at the flagship campus would not provide information about other students and employees.

As students have started trickling back onto campuses in recent weeks, the early returns have been troubling. After 10 students tested positive this month at West Virginia University, officials pledged to deep-clean the places on campus where they had been. At Kansas State University, offseason football workouts were paused last month after an outbreak on the team.

Many of the first arrivals on campus have been athletes hoping to compete this fall. A separate Times survey of the 130 universities that compete at the highest level of Division I football revealed more than 630 cases on 68 campuses among athletes, coaches and other employees.

As universities make plans for the fall semester, administrators have had to weigh shifting public health guidance and financial and academic concerns, as well as the difficult reality that some students and faculty members are likely to test positive no matter how classes are held.

“There is simply no way to completely eliminate risk, whether we are in-person or online,” Martha E. Pollack, the president of Cornell, wrote in a letter explaining the decision to bring students back to campus.

An entertaining but inconsistent return for the beloved troupe

Fri Jul 31 , 2020
Disney It was inevitable that Disney+ would try something with The Muppets. Few entertainment franchises are more beloved than Jim Henson’s troupe of felt eccentrics. Sixty-five years have passed since their creation, and over the decades, they have acquired fans of all ages, from all over the world. Who doesn’t […] 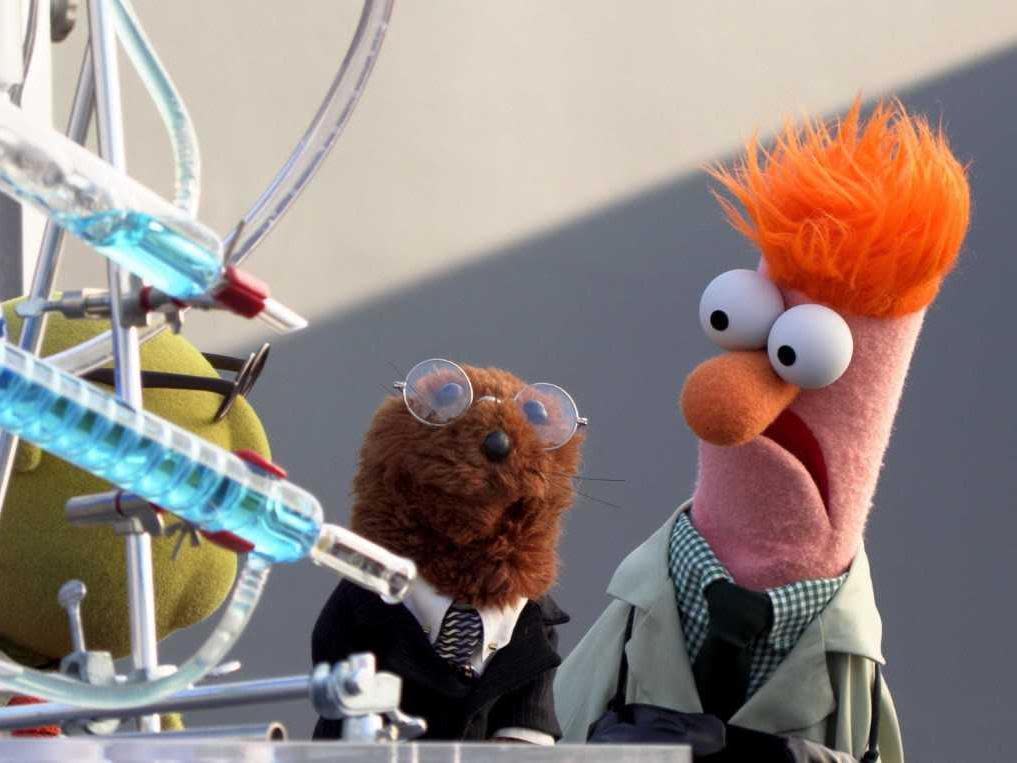