The evening my brother died was crisp but warm, early October. It was a regular day. People are always struck by the ordinariness of the circumstances when something bad happens.

Matt self-medicated with substances for years before it turned into a full-blown heroin addiction. It started with pill-popping at parties, then morphed into stockpiling syringes in a Café Bustelo can.

When I think back to that October evening, there’s an alternative version of events that I often indulge in. In this version, I still come home to the apartment we shared and find my brother overdosing in his bedroom, his skin blue like it’s covered in crepe paper, his mouth ajar yet unbreathing.

But this time, I don’t stumble and scream. Instead, I calmly uncap a dose of naloxone, the one I always keep with me. I tilt my brother’s head, his dirty blond hair brushing back off his face. I administer the naloxone, an easy puff up his nostril. I watch with hopeful desperation. A minute passes, maybe two. And then Matt’s gaping mouth draws air again. A cough, and then another. He opens his eyes. The color returns to his freckled arms, his cheeks. I hold his head and sigh.

I cherish this little remix I’ve made for myself. But it’s not what actually happened.

I didn’t have naloxone that night. I didn’t even know what it was. CPR kept Matt warm until first responders arrived, but ultimately, we were all too late.

Throughout Matt’s struggles, I didn’t really understand that addiction is treatable. I thought addiction was always a loss playing out in slow motion, a Greek tragedy, the ending unavoidable.

But in fact, decades of scientific research illuminate many effective treatment strategies for substance use disorders, and millions of Americans are thriving in recovery today.

However, you can’t recover if you’re dead.

Matt’s addiction brought him to various hospitals over the years. Doctors did not have much to offer. They shrugged. They looked at the floor, uncomfortable, or they lectured, haughty. They told us Matt’s brain was swollen from heroin use. They told us it was very important for him to stop using heroin. They asked us, Have you tried telling him how important it is to stop using heroin?

Matt’s death was preventable. But it was not prevented. And Matt is hardly the only one.

Before the tsunami of COVID-19, America surfed waves of addiction epidemics. The opioid one we’re riding now is the deadliest in U.S. history. Drug overdoses are the number one cause of accidental death in the U.S. They kill more of us than gun violence or car crashes. America leads the wealthy world in overdoses by a yawning margin.

Addiction also connects to the larger issue of racism and health equity in America. Despite the whitewashed narrative of the opioid crisis, Black and Native Americans are at a greater risk of overdose in many states. Still, white Americans are 35 times more likely to receive evidence-based treatment for an opioid use disorder than Black Americans. America’s decadeslong answer to addiction, the War on Drugs, fuels the criminalization of Black and Latinx communities and excuses violence perpetrated by police officers.

Our country is cracking an eye open to some of these facts, and earlier this year, there was a glimmer of hope. The latest data from the Centers for Disease Control and Prevention showed a slight dip in the national overdose rate. The number was still sky-high, but it was promising news.

Though it’s early days measuring the full impact of COVID-19, it’s safe to say that the pandemic has washed away that progress. According to The Washington Post, suspected drug overdoses nationally rose 18% in March, 29% in April and 42% in May. Individual states are also reporting alarming trends. Kentucky has estimated a 25% increase in overdose deaths. West Virginia reports a 50% jump in overdose-related emergency calls, and Wisconsin is seeing about the same figure.

The pandemic is bringing unprecedented social isolation, economic devastation and fresh trauma — all big risk factors for addiction. But we’re not prepared. Of the billions in COVID-19 emergency funds that have been approved by Congress and the Trump administration, a mere one-hundredth of one percent went toward mental health and substance use treatment.

Overdoses are going to continue increasing.

Opioids attach to receptors in your brain, spinal cord and gastrointestinal tract. That’s how the drugs’ euphoric effects blossom in your body. But the drugs also cause your breathing to slow, your blood pressure to drop. That’s what makes overdoses so deadly. Your body just forgets to breathe until your heart stops beating.

Naloxone, also known by the brand names Narcan or Evzio, stops this process. Once administered, either via syringe or nasal spray, naloxone heads straight for these same receptors. It hip-checks the opioid clean off and the harmful effects of the overdose start to reverse. Breathing resumes. It can happen as quickly as a few minutes. People who’ve witnessed a person being revived with naloxone have described it as a miracle.

In the five years since my brother died, naloxone has become a lot better known and easier to access. Most states now have a standing order for naloxone, which allows pharmacists to dispense it without a prescription. Community nonprofits distribute the medication at little to no cost. The U.S. Surgeon General has issued an advisory on naloxone, recommending that all Americans carry it and be prepared to use it.

And we’re getting better ideas about what to do with people once they’ve been revived with naloxone. Many states are enacting “warm handoff” policies so that when a person is brought into the emergency room after an overdose, they’re offered treatment for their substance use disorder on the spot.

Addiction is treatable. But not if you’re dead.

Numerous studies now link broader access to naloxone to lower rates of overdose deaths. But not everyone is sold. As is true of all drug policy discourse, misinformation and moralizing abound. Economists and online trolls alike opine that naloxone enables and encourages drug use. (It doesn’t.) T-shirt sloganeers joke about naloxone being an affront to Darwinism. Some local officials have floated draconian “three strikes” proposals to limit how many times an overdosing person deserves to be resuscitated. Some police departments have banned officers from administering naloxone, both before and during the COVID-19 pandemic.

Separate from these stigma-driven roadblocks, there are more complex limitations to widespread naloxone use that must be addressed. “Not all Good Samaritans are seen the same way,” as Ernest Owens wrote in Philadelphia magazine two years ago.

When Owens imagined encountering someone experiencing an overdose, he said, “As much as I would love to serve as a lifesaver in this kind of serious situation, racial bias in the criminal justice system could too easily make this act of service dangerous to me as a Black man.”

Naloxone alone isn’t going to end the overdose crisis. Defibrillators don’t cure heart disease, and EpiPens don’t cure allergies — nor do we expect them to. These are emergency tools that prevent death in cases of extreme medical distress. No one considers it a person’s fault if they need to be revived with a defibrillator more than once. EpiPens aren’t judged problematic because they allow folks with allergies to get dangerously close to shellfish. These are morally neutral tools. So is naloxone.

Solving the overdose crisis will require better access to science-based treatment and sustained recovery support. It will require urgently addressing income inequality, racism, the criminalization of drug use and other structural problems that lead to or intensify addiction. It will require a seismic shift in social attitudes. The road stretches long before us.

In the meantime, I’ll keep carrying naloxone. I never want to miss a life-saving opportunity again.

Do you have a compelling personal story you’d like to see published on HuffPost? Find out what we’re looking for here and send us a pitch!

Mon Aug 3 , 2020
Spurred by COVID-19, consumers are buying like crazy online, generating double-digit online sales gains at many retailers and brands through spring and summer. But that doesn’t mean consumers are loving the digital experience. The more time and money spent online, the more they lose patience with the level of service […] 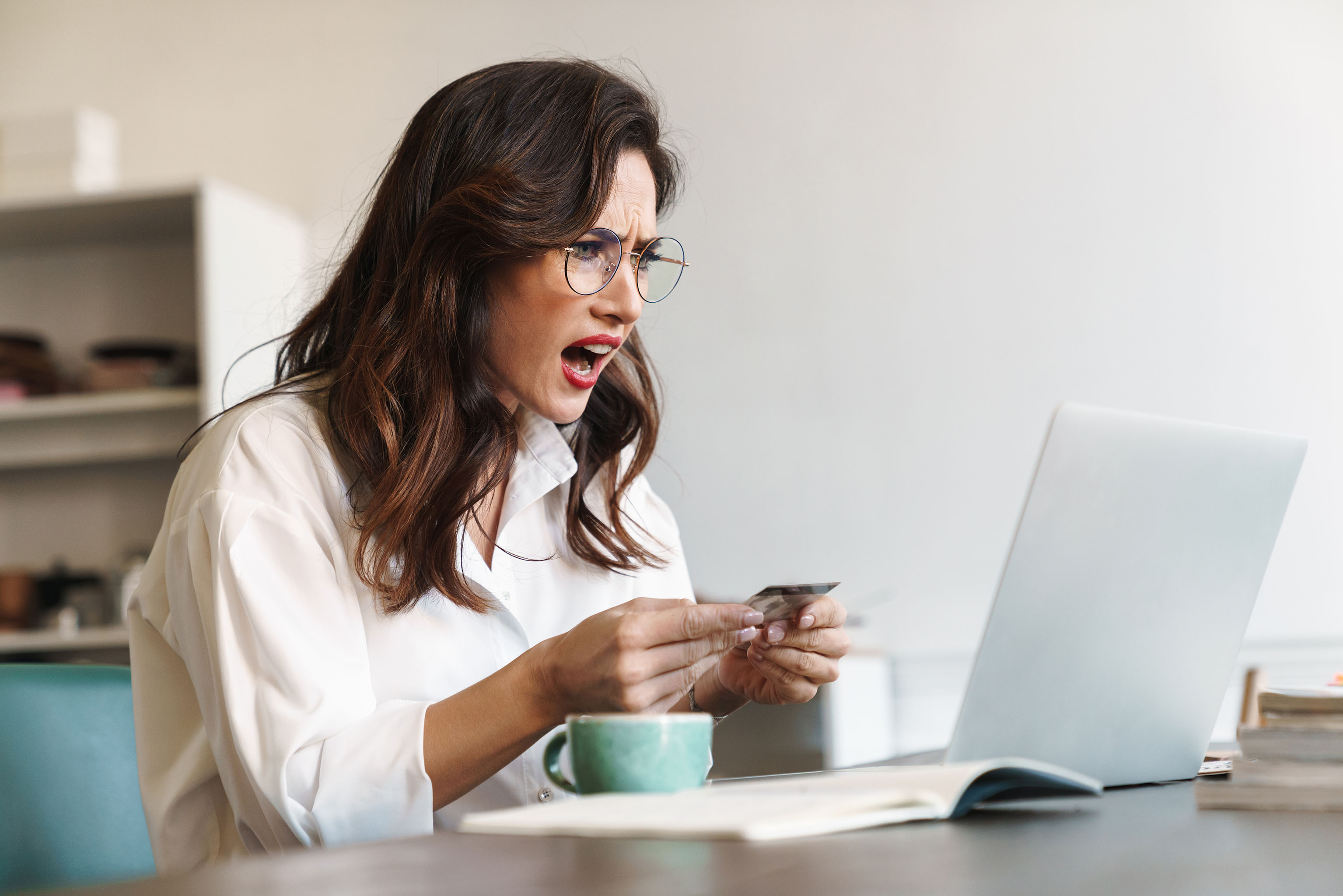