The Emmy smackdown between Netflix and HBO has taken another dramatic turn. As the Television Academy announced the 72nd Primetime Emmy Awards nominations on Tuesday morning, Netflix came out on top swinging with a whopping 160 nominations, followed by rival HBO in second at 107 nods. Netflix’s history-making tally is the most ever for a network — even surpassing what any of the Big 3 broadcast networks ever did when there was no real competition.

HBO still had reason to celebrate, however, as limited series “Watchmen” scored 26 nods, the most of any program. On the comedy side, Amazon Prime Video’s “The Marvelous Mrs. Maisel” maintained its, well, marvelous showing at the Emmys, garnering 20 nominations — the same as last year. The leading dramas were Netflix’s “Ozark” and HBO’s “Succession,” both of which pulled 18 nods.

It’s the second time that Netflix has bested HBO. In 2018, the streamer ended HBO’s 17-year Emmy nomination domination by landing 112 nods to HBO’s 108.

But with no “Thrones” this year, HBO was bound to decline from that peak. Netflix continues to ramp up its volume, which helps explains its rapid rise, from 13 nominations in 2013 to now.

The mood was jubilant Tuesday morning among Netflix staff, who noted that their haul was a sign that, as hoped, voters spent time during the quarantine watching more TV and discovering new faves. Netflix’s 160 nominations, for example, were spread out between 52 different programs.

But that theory also holds up for other networks, given the surprise performances of shows like FX’s “What We Do in the Shadows,” which earned eight nominations — including best comedy — and HBO’s “Euphoria,” which landed six, including a surprise best drama actress nod for Zendaya.

HBO can crow that although it doesn’t have the most nominations, it has perhaps a higher batting average — having landed those 107 nods via 21 programs, less than half of Netflix’s.

And that was led by “Watchmen,” a show that was already critically acclaimed before this summer, and became even more important as the nation launched a new conversation about the systemic racism against African Americans throughout history. “Watchmen” notably tackles that subject by addressing the Tulsa Massacre of 1921 — a moment in history that has only recently started receiving more attention.

In a year where there has finally been more conversation about active ways to improve representation in Hollywood, Emmy voters took notice. Categories large and small saw more diversity. In one notable example, given the recent debate over the lack of animated characters being voiced by people of color, four of the six nominations in the character voice-over performance category are diverse: Maya Rudolph, Leslie Odom Jr., Wanda Sykes and Taika Waititi.

This year’s Emmys weren’t only impacted by the coronavirus and the national move toward equality. The launch of multiple streaming services also shook things up, with the arrival of Disney Plus, Apple TV Plus and Quibi, all of which landed multiple nominations in their launch years. Meanwhile, Disney Plus made history by earning a drama nomination for “The Mandalorian” (which received 15 noms all together) — a first for a streamer in its inaugural frame.

Tuesday’s nominations were the culmination of the most unusual first phase of campaigning in recent Emmy history. The initial game changer came last year, when the Television Academy announced that it would abolish DVD mailers, a move met with cheers by most networks and studios.

Campaigning was about to change — but when representatives from those outlets met at January’s Academy lottery to pick dates for their FYC events, they had no idea how much the world around them would force an even larger pivot. After a handful of Emmy events took place (starting with one in New York on Feb. 29 with “Castle Rock” star Lizzy Caplan and “Prodigal Son’s” Michael Sheen), the COVID-19 pandemic put everything to a sudden halt.

In-person FYC events were scrapped, eventually replaced by virtual panels online. Netflix and Amazon Prime Video pulled the plug on their pricey pop-up campaign events spaces, which had become a tradition in recent years. And then voting and the nominations announcement were pushed back to allow for the adjustment to the new reality.

But the coronavirus production shutdown and stay-at-home decrees also impacted what was actually submitted for consideration. The limited series category, in particular, became a very different competition as programs including “Genius: Aretha” and the new season of “Fargo” were pushed out of the eligibility window. Meanwhile, shows that were expecting to campaign for their previous season while a new one began running, such as “Pose” and “Succession,” had to make due with the lingering buzz from shows that ran nearly a year ago.

And COVID-19 also brought about a crop of new specials that were inspired by or produced because of the quarantine, while the late-night race looked a lot different by April as shows relocated to their hosts’ homes.

Without events to attend (and free shrimp to scarf) every night, Television Academy voters found themselves at home — and with more time, presumably, on their hands to watch more contenders. That, combined with the lack of physical screeners, might have leveled the playing field — particularly for those outlets that don’t have the budget of a Netflix or an Amazon (in other words, nearly everyone else).

Among other potential game changers, this was the year that the Television Academy began vetting its membership of 23,000 to determine who might continue to have voting privileges. Members must now meet their peer group’s active membership requirements, which usually includes current or recent work experience in their field, in order to qualify to vote for the Emmys. Those who have worked for two decades in the entertainment business, and who would have qualified as active members for at least 16 years during their career, can also vote for the Emmys, even if they’re no longer employed in the biz.

The hope is that by instituting more of a vetting process, there might be more of a balance of diverse voices in the mix.

The TV Academy also this year finally put a stop to the double dipping that some documentaries had been able to pull off by competing both in the Oscars and Emmys. Programs will no longer be eligible for an Emmy if they’ve been nominated for an Oscar.

And then there’s the decision to expand the comedy and drama categories to eight nominations, from the previous seven. For other categories, the number of nominations depends on how many submissions were entered. Categories with more than 240 submissions get eight nods, and a sliding scale takes it down from there. That means that a handful of categories that previously featured six nominees, such as variety talk, didn’t meet the required threshold of at least 81 submissions, and have lost a nom.

The wild, unpredictable year of Emmy now enters a second phase where once again, traditional campaigning is out the window. And that then leads to the Creative Arts Emmy and Primetime Emmy ceremonies in September.

So far, the Academy is mum on how it will handle the two Creative Arts shows, which had been scheduled for the weekend of Sept. 12 and 13. The Primetime ceremony is definitely still on for Sept. 20, and will air on ABC with host Jimmy Kimmel.

But that telecast also remains shrouded in mystery, although the Academy made history recently by tapping Reginald Hudlin, the first-ever Black executive producer of the Emmys, to work along side Kimmel and Done+Dusted’s Guy Carrington, David Jammy and Ian Stewart. With it very unlikely that the show will look anything close to a normal Microsoft Theatre Emmy telecast, the producers have an opportunity to reinvent the show and lean in to the unconventional nature of all of this. And with so many fresh faces and new shows getting their due on nomination morning, the producers have been handed some great pieces to work with.

15 Easiest Countries To Immigrate To From US

Tue Jul 28 , 2020
Whatever push-or-pull factors had you consider starting your life anew in a new land, be mindful of the fact that deciding upon a destination abroad warrants a great amount of research and rational deliberation, but to spare you the trouble we have compiled this comprehensive list of easiest countries to […] 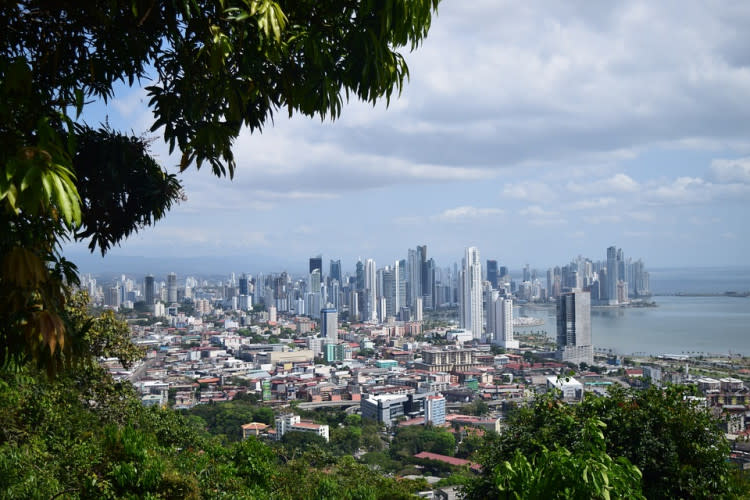