Over 17.1 million people across the globe have been diagnosed with COVID-19, the disease caused by the new respiratory virus, according to data compiled by the Center for Systems Science and Engineering at Johns Hopkins University. The actual numbers are believed to be much higher due to testing shortages, many unreported cases and suspicions that some governments are hiding or downplaying the scope of their nations’ outbreaks.

The United States has become the worst-affected country, with more than 4.4 million diagnosed cases and at least 151,496 deaths.

“If the emergency statewide administrative rule is approved, I intend to sign an Executive Order that would make it effective Friday night,” DeWine tweeted. “I continue to have grave concerns about the spread of coronavirus at establishments that serve alcohol for onsite consumption. We have seen outbreaks associated with bars across Ohio.”

“Bars, by their nature, lend themselves to a revolving door of people in close contact, oftentimes indoors,” he continued. “Patrons either stay at one location, sometimes for hours or bar hop. Either way, they interact with many different people.”

The First Lady of Brazil, as well as a fifth member of President Jair Bolsonaro’s cabinet, have been diagnosed with COVID-19, officials said Thursday, according to The Associated Press.

First Lady Michelle Bolsonaro appeared to be in good health, a statement said, according to the AP.

The first confirmation that President Bolsonaro tested positive for COVID-19 came on July 7. He had at least four positive test results and then this Saturday he said he tested negative.

Brazil has the second-highest coronavirus cases and fatalities in the world, behind the U.S.

Nepal will reopen Mount Everest to climbers for the September to November season, officials said Thursday, according to Reuters.

Nepal has experienced a steady rise in COVID-19 cases, Reuters said. Climbers will have to adhere to the government’s health protocols, a tourism department official said, according to Reuters.

The Ohio Board of Pharmacy has withdrawn its new rule prohibiting the sale or distribution of hydroxychloroquine for COVID-19 after facing opposition from Ohio Gov. Mike DeWine, the Dayton Daily News reported Thursday.

DeWine said in a statement earlier on Thursday, “I agree with the statement from Dr. Steven Hahn, Commissioner of the Food and Drug Administration, that the decision about prescribing hydroxychloroquine to treat COVID-19 should be between a doctor and a patient.”

“Therefore, I am asking the Ohio Board of Pharmacy to halt their new rule,” DeWine said. “The Board of Pharmacy and the State Medical Board of Ohio should revisit the issue, listen to the best medical science, and open the process up for comment and testimony from experts.”

Hydroxychloroquine, which has been used and praised by President Donald Trump, had its emergency use authorization to treat COVID-19 revoked by the FDA in June.

Dr. Anthony Fauci, the director of the National Institute of Allergy and Infectious Diseases, told  “Good Morning America” Tuesday, “The overwhelming, prevailing clinical trials that have looked at the efficacy of hydroxychloroquine have indicated that it is not effective in coronavirus disease.”

As coronavirus cases rise in New Jersey, it is possible the Garden State could soon mathematically be added to its own tri-state travel advisory. But New York Gov. Andrew Cuomo said Thursday there will be no blockade from New Jersey.

“I don’t know how you could quarantine New Jersey,” Cuomo said on a conference call.

“They’ve been our neighbor all through this,” Cuomo said. “We are going to keep our fingers crossed and work with them to keep the numbers down.”

Among the new emerging hot spots are New Jersey’s Camden County, located near Philadelphia, and Mercer County, which includes Princeton and Trenton, according to Thursday’s “daily hot spot triage” report distributed by the Department of Homeland Security.

Camden and Mercer counties had not been on the hot spot list since April 13.

New York, New Jersey and Connecticut’s travel advisory list applies to states with a seven-day average of positive tests over 10% or number of positive cases exceeding 10 per 100,000 residents.

MORE: A COVID-19 vaccine will still save lives even if it’s not 100% effective, experts say

Earlier this week, D.C. was added to New York’s travel advisory list, meaning D.C.’s seven-day average of positive tests was over 10% or the district’s number of positive cases exceeded 10 per 100,000 residents.

For the third day in a row, a new record-high number of deaths were reported in hard-hit Florida, according to the state’s Department of Health.

In the last 24 hours, 253 new fatalities were reported, the department said.

As of Thursday morning, 16.5% of Florida’s adult ICU beds were available, according to the state’s Agency for Healthcare Administration;

Five counties — Jackson, Monroe, Nassau, Okeechobee and Putnam — had no available ICU beds, according to the agency.

Former Republican presidential candidate Herman Cain has died at the age of 74, according to a post on his personal website, nearly one month after his coronavirus diagnosis was announced.

A source close to the White House also confirmed his death to ABC News.

Cain’s hospitalization was announced on July 2.

A spokesperson for Cain said on Monday that he remained hospitalized and was being treated with oxygen for his lungs.

“The doctors say his other organs and systems are strong,” the spokesperson added.

Cain, a Black Voices for Trump co-chair, attended President Donald Trump’s June 20 rally in Tulsa. Cain was photographed inside the arena without wearing a mask and sitting in close proximity to others.

The businessman and radio talk show host campaigned for the Republican nomination in 2012.

Tennessee has experienced a 33% jump in coronavirus cases among children in the last 10 days, ABC Memphis affiliate WATN reported.

And in some parts of rural west Tennessee, cases among kids have surged by more than 100%, WATN reported.

Tennessee Gov. Bill Lee said at a news conference Tuesday that reopening schools for in-classroom learning is the “best option” and “planned delays should be reserved for the most extreme situations,” The Tennesseean reported.

An internal FEMA memo obtained by ABC News highlights a surge in New Jersey and a doubling death toll in the Atlanta area.

And in nearby Connecticut, 943 new cases were reported for the week ending July 27 — a 77.9% increase from the week prior.

In some parts of Georgia, some patients were forced to wait in ambulances because of the surge in COVID-19 patients, the memo said.

In Alabama, new cases are increasing despite a 28.3% decrease in new tests administered, the memo said.

As of Monday, only 12% of Alabama’s ICU beds were available. A record high number of ICU beds were filled, with 496 COVID-19 patients in intensive care units.

Callers to 911 in Houston will no longer be asked if they are experiencing COVID-like symptoms, changing a months-long practice to pass on the information to first responders. Firefighters are now told to treat every call as if the patient or home is COVID-positive.

Houston Fire Chief Sam Pena said the change is an admission of the widespread nature of the virus in the city and out of concern that callers were not always offering true information.

For months, Pena pleaded with the public to give honest answers to protect firefighters, who have sustained large numbers of COVID-forced quarantines.

The change was announced on the same day the Houston Fire Department attended a funeral for Captain Leroy Lucio, Houston’s first firefighter to die from COVID-19.

“Less information to the men and women on the front lines responding to calls is dangerous to firefighters, paramedics and citizens of Houston,” Lancton said.

Chief Pena explained the change to HFD members in a memo obtained by 13 Investigates. “The prevalence of COVID-19 is high in the Houston area and COVID-19 cannot be ‘ruled out’ in the field nor appropriately screened via OEC. In the best interest of HFD members’ health and well-being, all addresses and patients should be considered as possible COVID-19 positive places and patients. No attempts should be made or opinions formed to consider and treat any patient as ‘non-COVID.'”

The change is the second in recent weeks affecting COVID-19 information in dispatch. Earlier in July, the department stopped logging addresses of COVID-19 positive patients in the city-wide dispatch system. Chief Pena says that was taking too much time to enter thousands of cases in an antiquated system one by one.

Globally, there are now more than 17 million confirmed cases of COVID-19, per John Hopkins University tally.

The current number now stands at 17,031,281 but the actual numbers are believed to be much higher due to testing shortages, many unreported cases and suspicions that some governments are hiding or downplaying the scope of their nations’ outbreaks.

Florida’s governor Ron DeSantis has extended the moratorium on evictions and foreclosures until Sept. 1.

The ban was initially set to expire on Aug. 1 but the governor extended it for the third time in three months after the moratorium began in April.

State Rep. Ana Eskamani, D-Orlando, tweeted the news saying: “BREAKING— Eviction and foreclosure moratorium has been extended for another month.”

2:11 a.m.: Florida to pause COVID testing due to tropical weather

The Florida Division of Emergency Management (FDEM) announced that all state-supported drive-thru and walk-up COVID-19 testing sites will temporarily close at 5 p.m. on Thursday, July 30, in anticipation of impacts from Potential Tropical Cyclone Nine.

Testing sites are closing out of an abundance of caution to keep individuals operating and attending the sites safe. All sites have free standing structures including tents and other equipment, which cannot withstand tropical storm force winds, and could cause damage to people and property if not secured.

Potential Tropical Cyclone Nine is expected to impact Florida with heavy rains and strong winds arriving to South Florida as early as Friday. The sites will remain closed until they are safe to reopen, with all sites anticipated to be reopened at the latest by 8 a.m., Wednesday, August 5. 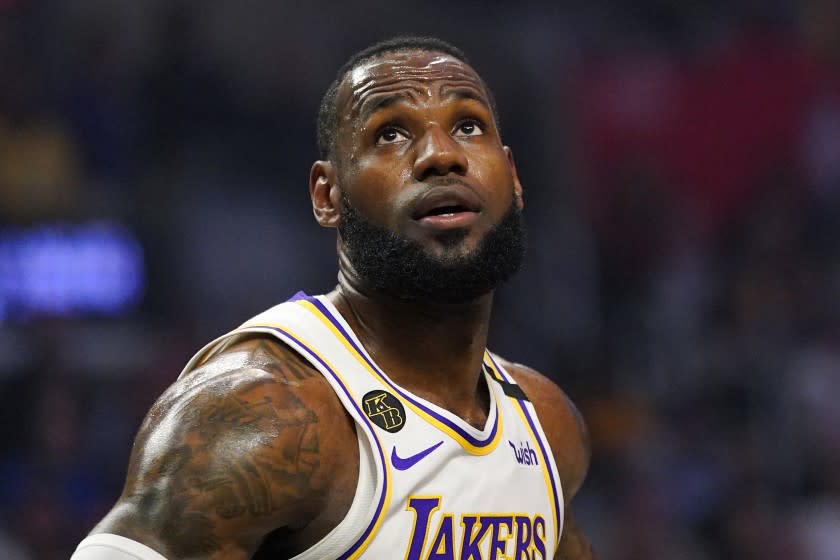