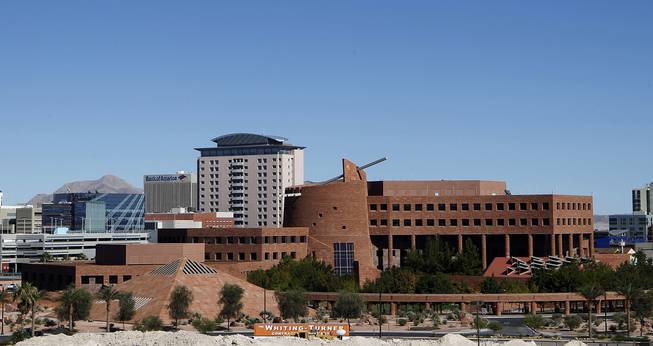 NEVADA BOARD OF REGENTS

The Sun will preface our endorsements here by saying the most important vote regarding the Board of Regents will be on Ballot Question 1 — the measure that would pave the way for reform of the higher-education system by removing the regents from the state constitution.

We’ll write far more about this issue, but the upshot is that it’s time for the regents and the system’s administrative overlords to be brought under control. As is, the way the regents were written into the Nevada Constitution has created confusion over the years about the extent of the board’s authority, with the regents at times claiming it makes the higher-ed system a separate, fourth branch of government that is not accountable to the executive and legislative branches.

Question 1 would allow lawmakers to restructure the board and the system, and make it accountable.

Certainly, the state’s higher-ed overseers act as if they don’t answer to anyone but themselves. Their history is deeply stained with corruption, abuses of authority, dysfunction and a refusal to operate transparently. The board also has become a political backwater that routinely draws unqualified candidates.

Cumulatively, these problems are keeping Nevada’s universities and colleges from meeting their potential.

Again, we’ll have much more about this later, but we strongly urge voters to approve Question 1. It’s a far more critical issue than the board member elections this year, considering that it could result in major changes that could reduce the size of the board or limit the members’ powers.

That said, here are our recommendations on the board positions.

The Sun offers no recommendation in this district. The voters will be well-served by either candidate. These two candidates are not newcomers to Clark County politics.

Tarkanian is a former Las Vegas City Council member and the wife of the late UNLV basketball coach Jerry Tarkanian, while Whipple, an attorney, served on the board of regents from 2003 to 2008 and is a fourth-generation member of a well-known Nevada ranching family. Each candidate brings an impressive body of public leadership experience, but each comes with concerns attached. For Tarkanian, it’s her family’s ties to Republican Party extremists — her son, Danny, made several runs for office as a GOP candidate supporting Trump. Lois Tarkanian went as far as to trash her son’s last opponent, U.S. Rep. Susie Lee, in Breitbart News. Whipple is the longtime attorney for the family of Cliven Bundy, the Nevada rancher whose followers in the sovereign-citizen movement believe the U.S. government has no authority.

The Sun endorsed Nigam in the primary and will do so again in the general election. He’s eminently qualified, having served on the Nevada Equal Rights Commission, the Las Vegas chapter of the NAACP and other community boards.

This is a race that points out the absolute need for voters to support Question 1. Boylan and Spirtos are two wholly unfit candidates offering a choice that is no choice. Spirtos’ disqualifying attributes include opposing the plan for a new building for the UNLV School of Medicine, which is critically needed in Southern Nevada. As for Boylan, his Twitter feed is a swamp of anti-Muslim tweets. Samples include calling for Islam to be banned “the way Nazism was banned,” referring to Muslims as “muzslime” and commenting “Should be fun, moving targets” on a story about the mayor of Venice vowing to shoot Muslims. This is not someone who should be voting on the interests of a richly diverse university community in Nevada, nor is Spirtos. We urge voters not to select either of them. Yet one of them will win and will be on the board, as Nevada doesn’t allow for write-in candidates. That’s a travesty, and it screams for the need to pass Question 1. So in this race, it’s a choice between complete unfitness or malicious racism — voters deserve better.

Hughes is an exceptional choice for this position. He’s a former Teach for America employee who comes to the board after serving as an executive at TNTP, a teacher training program.

Amid the turmoil of the pandemic, experience and stability are what our kids need. Newburn has been a steady hand on the board, and we think the state would be served well if he stayed on the board. Cantu is also a qualified candidate who could make a good addition to the board, but not over a very strong incumbent in Newburn.

Gov. Steve Sisolak made a smart choice in picking Naft to fill the seat he vacated when he ran for governor. As a longtime district director for Rep. Dina Titus, D-Nev., Naft gained a firm grasp on Southern Nevada issues and learned to navigate the region’s political environment. Naft’s experience showed — he got off to a quick, solid start on the commission. He deserves a full term.

Kirkpatrick, the commission’s chairwoman, provided strong, steady leadership during these last months of crisis. She worked with state and local officials to obtain and distribute federal funding, get coronavirus stimulus funding for businesses, mobilize testing resources and much more. The former longtime state legislator is a head-and-shoulders choice.

In a contest between two candidates who are no strangers to Southern Nevada voters, we think Miller outshines Anthony on the strength of his experience and his moderate political sensibilities. Miller, the son of former Gov. Bob Miller, is a former Nevada secretary of state and deputy Clark County district attorney. Anthony is a Las Vegas city councilman and failed candidate for mayor. His politics concern us, as when he teamed with extremist Councilwomen Michele Fiore and Victoria Seaman to endorse a “Blue Lives Matter” march with an overtly racist theme that was eventually postponed. Miller will provide experienced, measured leadership.

McCurdy emerged from what may have been the strongest primary field on the ballot last spring, defeating state Sen. Moises “Mo” Denis and North Las Vegas City Councilman Isaac Barron. His win over those two extraordinary candidates speaks to his abilities, his experience and his strength as a leader. With a resume that includes four years in the Nevada Assembly and three years as chair of the state Democratic Party, he’d be an exceptional addition to the county commission.

The Sun endorsed Guzman in primary and we’re thrilled the public voted both for her and Leavitt, because they picked the two most qualified candidates. The Sun is comfortable with either one and recommends them both to the voters.

Proffitt brings unique educational experience that makes all the difference here. That includes serving as training director for the Sheet Metal Workers Local 88 union, which provides a four-year educational apprenticeship program aimed at developing specialized skills in such fields as math and computer technology. The Moapa Valley resident also is the spouse of a Clark County School District special education teacher and father of three children who all are students of District B.

In this district, voters are fortunate to have two very good candidates. Morales gets the nod thanks to her background in promoting and providing educational opportunities to local students. That includes her work as executive director of the Fulfillment Fund Las Vegas, a nonprofit that facilitates college access and academic achievement to students of all backgrounds, and as a leader of outreach programs for afterschool tutoring and drug prevention for the YMCA of Southern Nevada. But this is a tough choice, because Henry also brings a powerhouse resume. She’s a longtime local advocate for the Head Start program and has been on an array of local community organizations: Children’s Advocacy Alliance Strong Start, North Las Vegas Library Board, and many more. Morales is our choice, but we also commend Henry for seeking the position.

The voters made the right call in the primary by choosing these two candidates, both of whom were endorsed by the Sun. In the general election, however, we’re giving our full support to Brooks. Why? Because in a time of turmoil for students and families, we think stability in leadership is critical. Experience and institutional knowledge count, and Brooks brings both to the election along with level-headed leadership sensibilities. Case in point: Brooks was among the adults in the room who thwarted an attempt by a minority of the board members to fire Superintendent Jesus Jara in July. The ouster attempt was a hysterical overreaction to a flap over a school funding bill during the legislative special session, and the last thing CCSD needed was to go into the school year amid a leadership shakeup. Brooks recognized as much, which speaks to the value of having a steady and experienced hand on the board. Salt is a strong candidate, but Brooks offers the stability and leadership acumen the district needs.

Wed Oct 7 , 2020
Watch BYU vs Louisiana Tech Live: College football WEEK 5 The match will kick off at Kickoff: Friday, 7 p.m. MDT and will be shown live on TV: ESPN2. BYU face Louisiana Tech for the First meeting time in a matter of days tonight when they host the LaVell Edwards […]