Looking back on it, James and Kimberly Snead say they never should have provided refuge to a disturbed teenager who later slaughtered 17 people at Marjory Stoneman Douglas High School.

They should have believed what they were told: that he was homicidal, untrustworthy and infatuated with firearms.

“We thought we could handle this troubled young man, unfortunately, we were wrong,” they say in a public apology revealed Tuesday. “We were particularly wrong to allow him to store his firearms in our house, including the AR-15 used in this tragedy.”

The letter is part of a legal agreement that settles a slew of negligence suits filed in civil court against the Sneads in connection with the 2018 tragedy.

The settlement also calls for them to pay $1 to the victims and forbids them — or their lawyer — from speaking of or profiting from the story of the massacre. The Parkland families released the letter Tuesday in a conference call with the South Florida Sun Sentinel.

Andrew Pollack, father of one of the dead children, said he and other families of the victims pushed for the public apology. “They didn’t want to accept accountability, and we forced it on them. For us, that’s why we’re here. We want accountability.”

Jim Lewis, the Sneads’ attorney, said Tuesday: “I agreed and signed to say nothing. I can’t comment.”

The apology comes more than two years after Cruz, then 19, strode onto the campus of Stoneman Douglas carrying an AR-15 rifle. He walked unimpeded into the freshman building and killed 14 students, a teacher, a coach and the athletic director.

At the time, the orphaned Cruz had been living with the Sneads for about 2 1/4 u00bd months. They were the parents of a casual friend of his.

Cruz was a well-known troublemaker in schools in Parkland. He had attention deficit hyperactivity disorder and had been labeled “emotionally disturbed” by educators for most of his schooling. He spent several years at a special school for children with serious behavioral disorders.

The couple say in the letter they “will forever regret” taking in Cruz.

“We did so believing we were helping a troubled young man who needed help. We are profoundly sorry for the actions and inactions which may have contributed to Nikolas Cruz’s ability to carry out the murders on Feb. 14, 2018.”

The Sneads allowed the mentally disturbed Cruz to keep a collection of knives and guns at their home, including the assault-style rifle used in the killing.

James Snead is an Army veteran and the family had their own rifles, in a gun safe.

The couple still say they thought Cruz’s guns were secure in a locked cabinet and only they had the key. But they now admit: “We were particularly wrong to allow him to store his firearms in our house.”

Records in the criminal case against Cruz show he ordered gun items online and had them shipped in January 2018 to the Sneads’ home.

“Everything everybody seems to know, we didn’t know,” James Snead said on Good Morning America a week after the shootings. Snead called Cruz “polite” and said, “He seemed normal.”

Tom Hoyer, another of the grieving parents, expressed disgust that the Sneads went on national TV after the killings and portrayed themselves as Good Samaritans oblivious to the risk Cruz posed.

“I have no sympathy for them at all in this,” he said. “That guy is a lucky man. He’s lucky that … what happened to us didn’t happen to him.”

Early on, the Sneads stressed how they tried to get Cruz some help. James Snead got Cruz enrolled in an adult education center.

Believing Cruz needed grief counseling, Kimberly Snead, who is a neonatal nurse, took Cruz to a therapist’s office a few days before the shooting. He never saw the therapist, however, because the office was still in the process of confirming his insurance benefits.

After the shootings, the Sneads were hit with more than a dozen civil lawsuits and castigated publicly for allowing Cruz to move in with a cache of guns and knives. Some considered the couple obtuse for not recognizing the teen was deranged.

The Sneads are one of a chain of people and institutions faulted for failing to intervene to stop Cruz’s murderous path.

The FBI had been specifically told by a family friend in Massachusetts that Cruz had the makings of a school shooter. The agency never investigated.

The Broward School District kicked Cruz out of Stoneman Douglas a year before the shooting but failed to ensure that, given his mental disability, he was able to continue elsewhere with his schooling, supervision and therapy.

And the school resource officer and seven other Broward Sheriff’s Office deputies cowered instead of running into the building to interrupt Cruz’s deadly attack.

The 2018 massacre shocked the nation and turned the Parkland students and families into public figures who continue their quest for accountability and their activism on behalf of school safety.

In the letter made public Tuesday, the Sneads admit that Rocxanne Deschamps, a neighbor of the Cruz family, warned them about the teen. She had briefly taken in Cruz immediately after his mother’s November 2017 death but kicked him out after arguments and fights.

Deschamps had told police that Cruz had bought a gun and was digging holes in her backyard, possibly to bury it because she did not allow guns in her home.

“Ms. Deschamps informed us of warning signs of his behavior which occurred in her home and that he had chosen to keep his rifle over continuing to live with her,” the Sneads wrote.

They also now say they received a more dire warning from Katherine Blaine, a New York cousin of Cruz’s mother.

“Kathy Blaine informed us that Nikolas Cruz was violent, dangerous, infatuated with guns and knives, untrustworthy and threatened to kill people on Instagram, among other things,” the Sneads’ letter states.

Reached by phone Tuesday, Blaine told the Sun Sentinel: “I blame them for not listening to me; that’s what I blame them for. Why the hell didn’t you listen to Rocxanne and me, to get the guns away from him?”

The letter extracted by the Parkland families in the settlement is meant to serve as a warning to others who may find themselves in a similar situation — wanting to help a teen in need.

“We want people to learn from our mistakes and experience,” the Sneads wrote.

They encourage people to think carefully before bringing a potentially dangerous youth into their home.

“If they have a history or exhibit any warning signs you must immediately get him or her the professional help they need and contact law enforcement,” their letter states.

The Sneads also advise people to make sure all firearms are securely locked and to review the youth’s social media accounts regularly.

“Troubled persons so often foretell the violence that they’re going to commit on social media.” 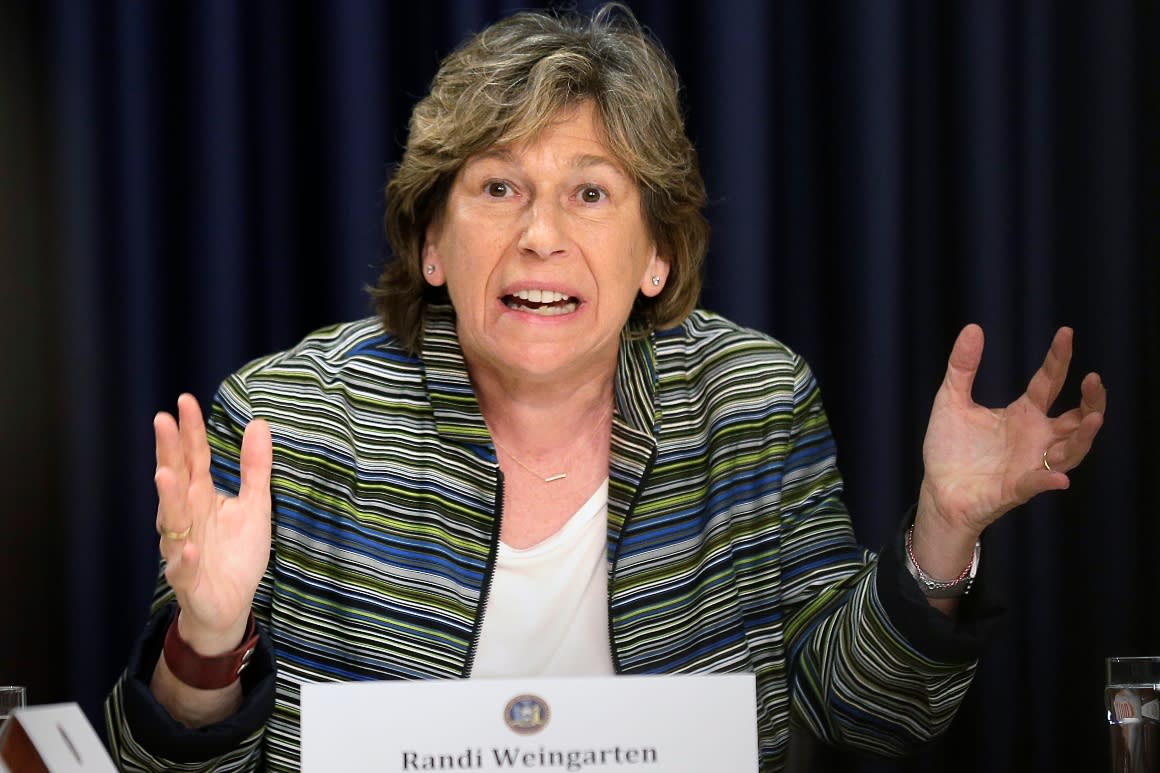