For years, the U.S. government has repeatedly changed its tune regarding its official involvement with UFO research.

As recently as February, a Pentagon spokesperson told Popular Mechanics that, while a government program did investigate unmanned aerial vehicles (UAV) and other unexplained aerial phenomena for some time last decade, funding dried up in 2012. But when Popular Mechanics thoroughly investigated the covert program, multiple sources said it’s still ongoing to this day.

Now, a new report in the New York Times confirms those accounts. The government’s UFO unit currently resides in the Office of Naval Intelligence, where it “deals with classified matters,” per the report, even though the unit itself isn’t classified. The Unidentified Aerial Phenomenon Task Force is meant to “standardize collection and reporting” on sightings of UAVs and publicly divulge “at least some of its findings” twice a year, according to the Times.

In a June Senate Committee Report, the Senate authorized appropriations for fiscal year 2021 for the task force, supporting its efforts to reveal any links that unidentified aerial phenomena “have to adversarial foreign governments, and the threat they pose to U.S. military assets and installations.”

The Committee remains concerned that there is no unified, comprehensive process within the Federal Government for collecting and analyzing intelligence on unidentified aerial phenomena, despite the potential threat. The Committee understands that the relevant intelligence may be sensitive; nevertheless, the Committee finds that the information sharing and coordination across the Intelligence Community has been inconsistent, and this issue has lacked attention from senior leaders.

Therefore, the Committee directs the DNI, in consultation with the Secretary of Defense and the heads of such other agencies as the Director and Secretary jointly consider relevant, to submit a report within 180 days of the date of enactment of the Act, to the congressional intelligence and armed services committees on unidentified aerial phenomena (also known as ‘‘anomalous aerial vehicles’’), including observed airborne objects that have not been identified.

Senator Marco Rubio, who chairs the Senate Select Committee on Intelligence, told a CBS affiliate in Florida that he’s most interested to learn from the task force who’s responsible for unidentified aircraft spotted over American military bases. Rubio said he hopes “the Chinese or Russians or some other adversary” hasn’t made “some sort of technological leap” that “allows them to conduct this sort of activity.”

“That to me,” Rubio said, “is a national security risk and one we should be looking into.”

While such UAVs may very well come from foreign adversaries, the other possibility, of course, is that we can’t pinpoint their origins from anywhere on this planet. And that’s where the New York Times report gets really interesting.

📩 Get Pop Mech in your inbox, stat.

Harry Reid, the former Nevada senator who was instrumental in funding the original UFO program, told the Times he believes that “crashes from other worlds had occurred, and that retrieved materials had been studied secretly for decades, often by aerospace companies under government contracts.” From the article:

“After looking into this, I came to the conclusion that there were reports— some were substantive, some not so substantive—that there were actual materials that the government and the private sector had in their possession.”

The astrophysicist Eric Davis, who consulted with the Pentagon’s original UFO program, told the Times that after he examined certain materials, he came to the conclusion that “we couldn’t make [them] ourselves.” In fact, Davis briefed a Department of Defense (DOD) agency as recently as March about retrieving materials from “off-world vehicles not made on this earth.”

Back in April, the U.S. Navy officially published three videos that show unidentified aerial vehicles are genuine, several years after the notorious clips first leaked online and properly ushered in the UFO renaissance.

In 2019, the Navy confirmed the three videos, taken by Navy pilots, indeed show “unexplained aerial phenomena,” but the service also said the footage should have never been released to the public in the first place. Then in April, the service dropped the clips on its Freedom of Information Act (FOIA) page, a repository for documents released under the federal law that allows for the full or partial disclosure of U.S. government information to the public.

The clips were first released in 2017 and 2018 by The New York Times and To The Stars Academy of Arts & Science, a UFO research group from former blink-182 member Tom DeLonge.

“After a thorough review,” a Pentagon spokesperson told Popular Mechanics in April, “the department has determined that the authorized release of these unclassified videos does not reveal any sensitive capabilities or systems, and does not impinge on any subsequent investigations of military air space incursions by unidentified aerial phenomena.”

Popular Mechanics has reached out to the Pentagon for comment and will update this story accordingly.

Cash and 21 Other Everyday Things Wiped Out by COVID-19

Fri Jul 24 , 2020
The coronavirus pandemic has radically altered nearly every aspect of everyday life that people once took for granted. Activities and commodities that were standard just a handful of months ago have become scarce, if not impossible to access. Everything from paper money and coins to buffet restaurants and live concerts […] 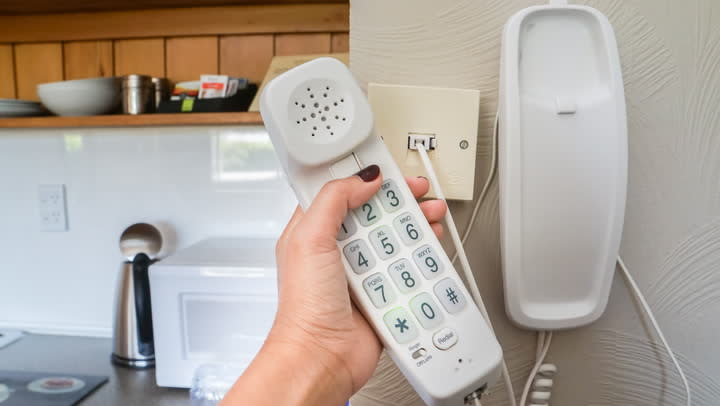