PITTSBURGH — The details were different, but the story was the same.
A day after the Pirates squandered six hitless innings from Mitch Keller in a loss to the Cardinals, they couldn’t capitalize on a dominant 11-strikeout start by Joe Musgrove. Cardinals ace Jack Flaherty baffled the Bucs’ bats with

PITTSBURGH — The details were different, but the story was the same.

A day after the Pirates squandered six hitless innings from Mitch Keller in a loss to the Cardinals, they couldn’t capitalize on a dominant 11-strikeout start by Joe Musgrove. Cardinals ace Jack Flaherty baffled the Bucs’ bats with 11 strikeouts of his own, and left-hander Derek Holland gave up a homer to Yadier Molina in the seventh inning of Pittsburgh’s 2-1 defeat on Sunday afternoon at PNC Park.

The Pirates entered this series with two quality starts on the year. Steven Brault, Keller and Musgrove put together three stellar outings in the last four days, yet Pittsburgh still lost four games in this five-game set against St. Louis.

“It’s frustrating that we got out with one win,” manager Derek Shelton said. “In the long term of it, we had three really good starts that we’re gonna build on, and that’s a really good sign moving forward for our starters.”

While it might be frustrating for fans to hear about silver linings while the losses keep piling up, Musgrove said it was important for him to take pride in his performance on Sunday. That mentality clicked into place Saturday night, he said, while watching a post-fight interview with the Ultimate Fighting Championship’s Donald “Cowboy” Cerrone.

Cerrone lost four straight fights then fought to a draw on Saturday and spoke afterward about, as Musgrove put it, “feeling like he’s not having much fun out there and needing to take a step back and reevaluate what he’s putting into the sport.”

Derek Holland will start the seventh inning with the Pirates up, 1-0.

He throws six pitches, and he used all of them here against the Cardinals: pic.twitter.com/rvMbxQR4NR

Musgrove, a big UFC fan who is lauded for his competitiveness, identified with the sentiment.

“This year hasn’t been what I wanted it to be, as a team and individually, and I feel like today I went out there with the mentality of this being for me. I needed to prove to myself that I still have that dog in me, that competitive spirit,” Musgrove said. “That’s been my strongest point for my whole career is the ability to go out and compete, and I feel like I let the way that this season’s gone and my performance affect my ability to go out there and compete and leave it all out there. I feel like that’s what I did today.”

Making his fourth start back from a bout with right triceps inflammation, Musgrove unleashed everything in his arsenal in his season-high six innings. He held the Cardinals to three hits and a walk while setting a career high with 11 strikeouts. He finished five of those strikeouts with sliders, three with curveballs, two with fastballs and one with a changeup.

The Pirates manufactured a run for Musgrove, just the fourth run they’ve scored during his time on the mound this season. Bryan Reynolds led off the fourth with a double, advanced to third on Adam Frazier’s sacrifice bunt and scored on Colin Moran’s sac fly. When Musgrove marched into the dugout with a 1-0 lead after six innings, he was in line for his first win of the season.

The Opening Day starter admitted he’s put too much pressure on himself at times this season, and there’s no doubt that a bunch of Pittsburgh’s players have carried the stress of this season on their shoulders as well.

The Pirates have lost 12 of their last 13 games, falling to 15-38 with one week remaining, so their primary focus now is on better positioning themselves for next season and beyond. For Musgrove, removing the big-picture pressure made Sunday a little bit more fun, even in a loss.

“Our ultimate goal of getting into the playoffs and winning a World Series is gone,” Musgrove said. “I think we need to change our goal, and we need to look at improving ourselves as players from the mindset and a performance standpoint. I don’t know what that looks like for everyone else, but I feel like last night and today, I really found out what that was for me.”

Shelton sent Holland to the mound to begin the seventh. Two batters later, the Pirates were losing. Matt Carpenter smacked a single to left field, and Molina hit a 2-2 breaking ball into the left-field seats for his fourth home run of the season. Holland had no issue with the pitch location or execution, tipping his cap to Molina for getting his bat to the down-and-in pitch.

“It’s one of those things that, if he swings and misses, we’re going to say, ‘OK, that’s a great pitch.’ Unfortunately, it didn’t go that way. He got it,” Holland said. “You see Joe go out there and perform the way he did, you want to give him every chance you can to get that win. Unfortunately, it’s my fault that it didn’t happen today. One pitch cost me two runs.”

But one mistake wouldn’t have mattered so much if the Pirates had an answer for Flaherty. He allowed only one hit besides Reynolds’ double, walked two and struck out a season-best 11. It was his ninth career game with at least 10 strikeouts and his second in a row at PNC Park, as he whiffed 10 here on Sept. 8, 2019.

Only four pitchers have recorded consecutive 10-strikeout games at PNC Park since it opened in 2001: Randy Johnson (three in a row), Curt Schilling, Oliver Perez and Flaherty.

“We won four games, but it was a grind. We’re facing some good talent over there,” Molina said. “We concentrate on ourselves and do the best we can. We’re finding a way to get wins, and that’s what we did here.”

Sat Sep 26 , 2020
The directorate will begin drafting a requirements document for Tactical and Combat Vehicle Electrification (TaCVE) and will host an industry day Oct. 20 to share its electrification initiatives with industry. CALSTART, an organization that focuses on clean technology transportation, and the Ground Vehicles Systems Center will cohost the event. The […] 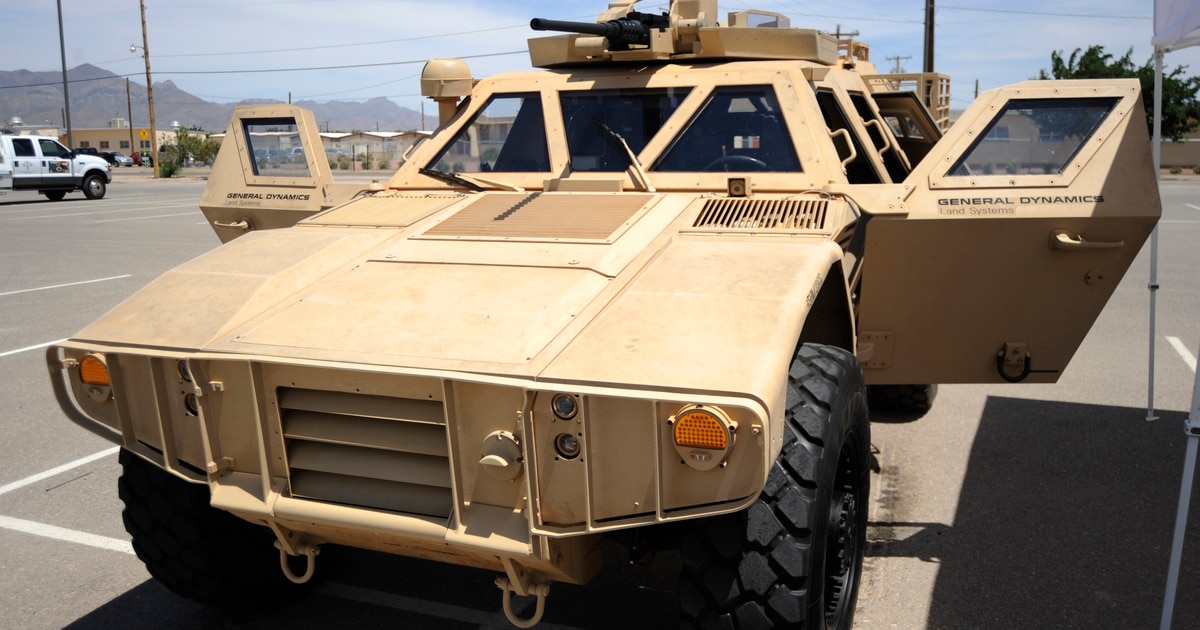