As college students nationwide get ready to head back to school, places including New York, Massachusetts and Washington, D.C. are recommending or requiring some out-of-state students self-quarantine before classes begin.

Some say it’s adding extra financial hardship, such as paying for a place to stay before classes begin, on top of an already uncertain academic year.

“I go to SUNY for a reason,” said Eunice Ledres. “I don’t have money to go to like a fancy school. So it has been really hard financially.”

She attends one of New York’s 28 state universities and doesn’t want to take all of her classes online.

Out-of-state and international enrollment has reportedly been on the rise for colleges nationwide. While states like Hawaii and Florida are offering academic exemptions to quarantining, the Empire State isn’t one of them.

Since Ledres is coming from Nevada, one of the more than 30 states currently on New York’s restricted travel list, her quarantine was mandated or punishable by a fine. She had to apply for financial help to help buy a last-minute plane ticket and start her lease early before classes begin on August 24.

“I can’t apply for emergency funds forever,” she said. “I have to figure out, I would have to think about getting a job to pay for everything. But then that’s dangerous because of COVID.”

Roughly 200 miles away at Syracuse University, new and transfer students can complete their quarantine at a limited number of on-campus locations for an extra $1,000.

Some schools like Cornell University are encouraging students in hot-spot states to stay home and begin the fall semester online.

They aren’t offering any on-campus spots for students to quarantine, leaving them to find places to stay themselves. That could be difficult in smaller college towns with limited off-campus housing options or hotels.

“We’re all anticipating that prices are going to shoot way up,and it’s going to really disadvantage the students who kind of need it the most,” said Cornell University student Cat Huang. “What I have been really heartened to see is that students are kind of mobilizing around this issue and creating resource spreadsheets and Google Forms where students can sign up to help provide housing for each other.”

Plus, like many things this year, there are variables. Students will have to take on some self-responsibility to effectively quarantine, and additional states could get added to or removed from restricted travel lists currently in place.

And while some higher education experts say it’s unlikely for a governor to implement additional quarantine restrictions this close to a new semester, they admit it may just be delaying the inevitable.

“Governors don’t want to make the decision that forces colleges online, but also colleges would like governors to make the decision that forces them online,” said Seton Hall associate professor Robert Kelchen. “So we’ve reached a little bit of a game of chicken right now, where nobody wants to take the fall for the inevitability that fall will be online.” 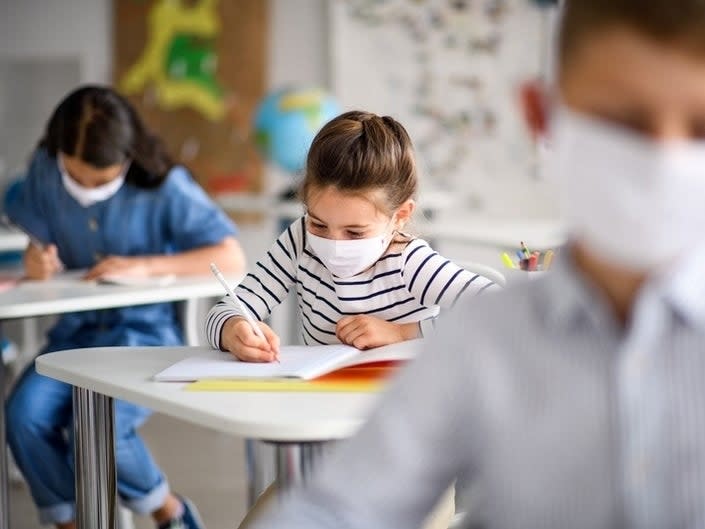