With a mix of grief and rage, Lebanese nationals all over the world have entered a period of mourning following the powerful blast on August 4, which killed at least 171 people, injured thousands and plunged Lebanon into a deeper political crisis.

Adding to the trauma, residents of Beirut have taken on much of the cleanup themselves, bandaging their wounds and retrieving what’s left of their homes.

While bereaved family members are grieving their loved ones, others continue frantic searches for the missing. As the death toll from the explosion continues to rise, hopes anyone could have survived so long under the debris are starting to fade.

Immediately after the explosion, Krystel el Adem, 35, called her father, asking for help. She was inside her apartment alone, stuck under the debris.

That night, she was supposed to be at her parent’s home in Jounieh, an area north of Beirut that was much less damaged by the blast.

But el Adem had a last-minute change of plans.

The day of the blast, she had purchased a laptop for a teenage boy whose classes had switched online due to COVID-19. Learning from home required having one, but his parents could not afford it.

“She spent all day with him and his mother explaining how to work a laptop. That’s what Krystel spent her last day alive doing. Helping others. It’s a beautiful testament to the empathetic, helpful, caring soul she was,” Greta Fayad, a friend of el Adem for more than 30 years, told CBS News.

Dr. Nazih el Adem, a cardiologist, rushed to his car and started driving the 20 miles separating him from his daughter. As he reached the center of the capital, mounds of scattered debris made the roads impossible to access, so el Adem, abandoned his car and ran to his daughter’s building.

“When he finally reached Krystel, she was barely conscious,” Fayad said. “The ambulance was taking forever to reach them given the amount of casualties and debris throughout the city. And the longer they waited, the more often she’d pass out.”

Dr. el Adem was performing CPR on his daughter to keep her awake when the ambulance arrived. He was told he couldn’t get in with her, as the vehicle was completely full with other victims of the blast.

That was the last time he saw his daughter.

Dr. el Adem spent the rest of the night searching for his daughter in hospitals all across the city.

“He spent the better half of the night looking for her among the patients who where still alive,” Fayad said. “He couldn’t conceive the idea that she could’ve been among the dead.”

At around 3 a.m., el Adem’s co-worker called. He had identified her at the morgue thanks to some bracelets she wore on her left wrist.

“After performing CPR on her, Krystel’s dad refused to wash her blood off his mouth. It was the last thing he had left of his daughter. This image depicts the pain and sorrow of a parent whose life will never be the same again,” Fayad said.

“Her death was so unfair. She loved life. She made everyone laugh. She was always smiling, always. She was the type of girl that would be there for anyone, no matter what. She was like a mom to the rest of us,” she added.

“It’s impossible to image that a girl who loved life that much ended up losing it this way. We are devastated.”

Up until 2013, el Adem lived in Geneva, Switzerland where she had built a successful career in private wealth management at Goldman Sachs. But she made the decision to leave the economic safety and stability of a life in Europe to go back home to a country that was already suffering a severe economic crisis, even before the explosion.

“She wanted to be around her people, her culture. She missed her roots and she hated that her parents were alone. She believed in our country and in its soul. She believed that if every successful Lebanese left, who would be left to help this country become a better place?” Fady Fayad, a close friend, said.

“She left too early. She deserved to live every second of her life. Our political regime not only stole our money and our futures. It also stole the lives of those we love.”

“The Lebanese people have been through a lot. But we won’t give up. We will rise again, and we will do it for those whose lives were taken. We will make sure they did not die in vain.”

“Some people say those who lost their lives to the blast are martyrs,” Greta Fayad said. “To me, she was not a martyr. She was a victim of our corrupt government. She did not choose to leave the world this way.”

Joe Akiki had turned 23 a month prior to the massive explosion that took his life. He worked as an electrician at Beirut’s port to pay for his post-graduate tuition fees. He majored in electrical engineering. Hours before the blast, he called his mother to let her know he wouldn’t be coming home that night — he had picked up an overnight shift at the port.

Before the explosion, Akiki sent a video to a few close friends, showing a fire at the port. At that point, he didn’t think much of it, Charbel Beaino, a family friend, told CBS News. “And then, he disappeared.”

Three days after the tragedy, Akiki was still missing. His mother, who had lost another child aged 5, spoke on Lebanese TV, saying she was full of hope that her son will be found alive.

Akiki, who was engaged politically and supported the Lebanese revolution, dreamt of a better future for his country and wanted to improve his parents’ and his own life.

“The job at the port wasn’t his dream job,” Beaino said. “He worked to pay for his college fees, in order to succeed in life and help his community through his education. But the current economic situation in Lebanon made it hard for him to find something else. So, he held on to what he had. And it cost him his life.”

“He was sadly a victim of the Lebanese government’s nonchalance,” he added.

Jihad Saade, 44, and his wife Souha were at Saint George Hospital looking after their 6-year-old daughter, Gemma, who was being treated for lymphoma, a family friend, who asked to remain anonymous, told CBS News.

Saade had traveled to Beirut from Lagos, Nigeria, where he was raised and where he worked, to see his daughter and his son, Karl.

“He spent all his time by his daughter’s bedside, without leaving her for one second. He would just go home to shower, and go back to be with her,” the family friend said.

Gemma had just one more day of treatment left before she could leave the hospital.

Saade was standing next to the room window when the explosion blew up Beirut, Nehme said. Saint George, located less than a mile from the explosion, sustained severe damage. So, Saade had to be transferred to a different hospital.

“He succumbed to his injuries before reaching the hospital.”

“This is Souha’s second choc from 2020. First, her daughter’s diagnosis. Now, her husband’s passing. There are no words. It’s just heartbreaking,” he added.

While Saade worked abroad to provide for his family, he would often go back to Lebanon to spend time with his family.

Sahar Fares, 27, was an emergency medical worker who was part of the brigade that answered the initial call about a fire at the port. She died in the explosion that followed.

She was planning her wedding with Gilbert Karaan, whom she was set to marry next summer. Instead, her heartbroken fiance and family marched alongside Fares’s coffin Thursday and gave her the wedding party she will never have. A wedding band played at the funeral procession, which aired on Lebanese national TV.

“Everything you wanted will be present except you in a white wedding dress,” Karaan wrote in a tribute on Instagram. “You broke my back, my love, you broke my heart. Life has no taste now that you’re gone.”

Fares devoted herself to public service and had managed to break into the nearly all-male world of the Beirut Fire Brigade, The New York Times reported.

In an interview with BBC News, Karaan Fares says he called Fares after she sent him a video showing him the fire that was consuming a warehouse at the Port of Beirut.

“I told her to run again if there was something wrong. She started running. She was running and was shouting, ‘run, run run!’

Seconds later, he said, he heard the sound of the explosion. “And the phone went dead.”

Fares’ engagement ring was found with her body. Her fiance, Karaan, now wears it around his neck.

“I was going to marry her in a white dress. Instead, I buried her in a white coffin,” he told the BBC. “Who could replace her? I have no feelings. I’m numb… She was as strong as a hundred men. How could she be killed this way?”

Delia Guedikian Papazian lived on the 9th floor of her building. The night of the blast that shattered the Lebanese capital, she was in the living room. Her daughter, 15, her son, 8, and her daughter’s friend were in their bedrooms.

Moments after the explosion, trapped between trauma and panic and fearing the building would collapse, Guedikian Papazian’s children ran out of the building, barefoot on the glass, leaving her behind, Habchi Guedikian says.

Later that night, Habchi Guedikian’s husband, who is also Guedikian Papazian’s brother, rushed back to the apartment to find his sister. Habchi Guedikian’s says her husband could hear screams of pain coming from all corners of the building.

“We were hoping she was only injured. But it wasn’t the case,” Habchi Guedikian says.

“He called me immediately. She wasn’t moving and her eyes were closed. He was crying and screaming that Delia had left us.”

“She was the most loving, humble, compassionate person. One of the purest and most beautiful souls one could ever meet. A lady with a heart of gold,” Habchi Guedikian says.

“She had a smile so amazing and infectious that once seen, it causes those looking to instantly smile.”

Delia Guedikian Papazian was torn between staying in Lebanon and immigrating, hoping for a better future for her family.

“A future that this country is unable to provide to so many of its citizens,” Habchi Guedikian says.

“My husband and I will always look after them as if they were our own,”Habchi Guedikian says.

“So many innocent lives were taken. Lives that deserved a decent and respectful living. How much can a country bear?”

Thu Aug 13 , 2020
Over 20.5 million people across the globe have been diagnosed with COVID-19, the disease caused by the new respiratory virus, according to data compiled by the Center for Systems Science and Engineering at Johns Hopkins University. The actual numbers are believed to be much higher due to testing shortages, many […] 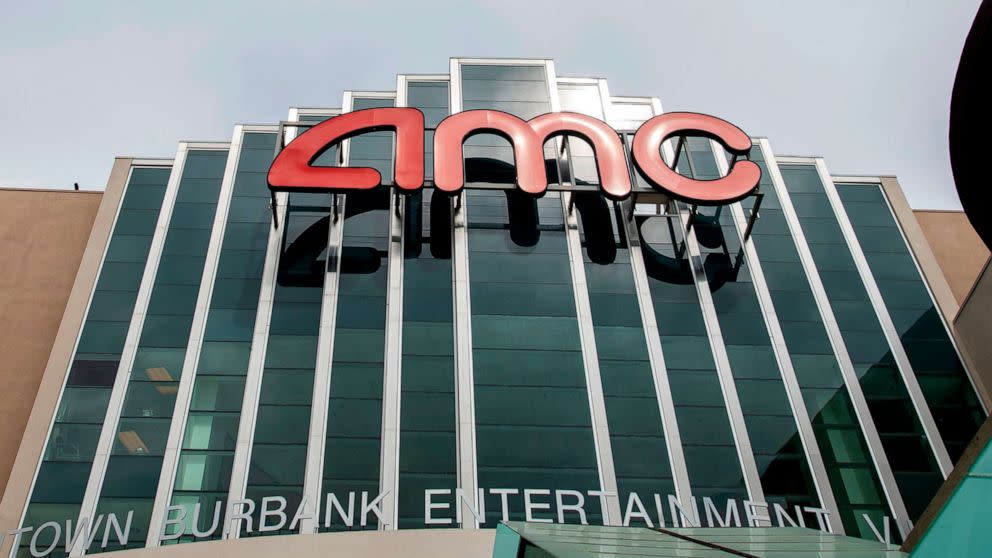