For the past several years, students endured tears, panic attacks and bitter memories after encounters with a Ringling College of Art and Design administrator, according to a wave of recent complaints.

The allegations against Christopher Shaffer, an associate dean at Ringling, began with a Twitter post on June 22. Megan Ruiz, a graduate of the Sarasota art school, urged current and future students to avoid Shaffer. More than 2,200 people shared her post as of Friday.

Realizing she was not alone in her concerns, Ruiz joined other current and former students to create an online form and gather complaints against Shaffer. They received more than two dozen submissions in the first 24 hours, and there were nearly 60 submissions after one week, Ruiz said.

Among the complaints, Shaffer was accused of mishandling a sexual assault allegation on campus, making hurtful comments about a transgender student and downplaying students’ mental health struggles. Other submissions accused him of sharing students’ private health information with their peers.

“Not one person came to Chris Shaffer’s defense,” Ruiz said. “I don’t want it to seem like I intentionally started some mob. I gave my experience and something organized around me. Beyond people who are too scared, the amount of people who have come forward and reported to us, I think that’s very telling.”

The Bradenton Herald reviewed the first 26 submissions and followed up with several people who raised allegations against Shaffer, the associate dean of students for residence life. Shaffer joined Ringling in 2007 and he now oversees campus housing, along with the student employees who work as resident assistants, or RAs.

Shaffer did not respond to several requests for comment, and Raelyn Lincoln, the special assistant to Ringling’s president, declined an interview request.

“My understanding is, because of the ongoing nature of this, we’re not making him available for comment,” she said on Friday.

Ringling College, 2700 N. Tamiami Trail, is a private college in Sarasota. The tuition and fees totaled nearly $48,000 in the 2019-2020 school year, when the undergraduate enrollment was approximately 1,560, according to U.S. News and World Report.

With help from two former students and Caitlin Henning, a current Ringling student, Ruiz sent a letter to the college on June 24, requesting an investigation of the complaints against Shaffer and a public apology. Two days later, the college president issued a “Message to the Ringling College Community.”

“We were recently made aware of allegations involving a member of our community,” Larry Thompson said in the letter. “These allegations do not reflect actions that conform to our core values or our expectations of what constitutes appropriate professional and acceptable behavior at Ringling College of Art and Design.”

“We are therefore highly constrained in the information that we are permitted to share about the outcomes of reviews,” the letter continues.

Lincoln would not confirm whether the letter was prompted by recent complaints against Shaffer.

In her emailed response, sent earlier this month, Lincoln said the college researches “any complaint or report filed through our official process.” She would not confirm whether Ringling was investigating Shaffer, or whether the college had investigated him in the past.

When asked to cite the specific laws that prevent Ringling from offering more information, she said that Ringling “complies with all federal and state laws and its policies pertaining to personnel actions.”

“We cannot comment on specific personnel issues,” Lincoln wrote. “As noted above, the College inquires into all complaints or reports filed through our official process.”

If you’re trying to drag my name through the mud instead of helping people who’ve come forward about sexual assault, I beg that you reconsider. I went private for a bit there because I was given information that suggested that Ringling was trying to make me look bad rather (1/?)

In a recent interview, Ruiz said she worked under Shaffer as a resident assistant, or RA, for several years.

“There were a few red flags in the beginning,” Ruiz said. “One of them, him specifically calling me out in training, taking me into his personal car and then calling a transgender student an ‘abomination’ while there’s just the two of us.”

“There were two times where Shaffer had very blatantly said, ‘This student has autism or Asperger’s or they’re on the spectrum,’ and the second time it happened I was really concerned,” she continued. “I followed up with the student. They said they did not consent to that information being spread.”

Ruiz said she brought her concerns to another staff member in Shaffer’s office during her junior year, in early 2018. She again raised concerns in June 2019, after graduation, in a complaint sent to Ringling’s human resources director.

Nothing seemed to change, and Ruiz said she was afraid to keep pushing the issue during her time at Ringling, because the RA job allowed her to pay tuition and attend the school.

“The second red flag is when I tried to come forward about the HIPAA (privacy) laws and he specifically was like, ‘I gave you this job. You should be grateful to me. You should be defending me. You should be on my side.’ You know, held it over my head, and he was fully aware of the fact that, if I lost my job, I would not be at Ringling,” Ruiz said.

She again voiced her concern on Twitter and went to bed last month. She was inspired by recent complaints at art schools throughout the country, which resulted in firings or resignations.

Ruiz said she expected her message to get lost in the national conversation about colleges and their troublesome employees. Instead, she awoke to a flood of notifications and support.

“It was hearing the other people’s stories and realizing that I had a moral obligation to help,” Ruiz said.

If you’re trying to drag my name through the mud instead of helping people who’ve come forward about sexual assault, I beg that you reconsider. I went private for a bit there because I was given information that suggested that Ringling was trying to make me look bad rather (1/?)

‘He is almost mocking’

Another woman said she was sexually assaulted by a fellow student in 2013, and that going to Shaffer only made the situation worse.

Roxee Zinsser, who graduated from Ringling in 2017, said the assault happened in her dorm room, and that she reported the incident to Shaffer. Instead of helping, he interrogated Zinsser during a meeting on the incident, she said in a recent submission to the complaint log.

In a follow-up interview, Zinsser said her attacker walked away with no repercussions, and that she felt betrayed by Shaffer.

“It was a long enough time ago that I don’t remember anything word for word, but I remember being asked if I was drinking or if there were drugs involved,” she said. “He asked me what I was wearing. He asked questions that made me feel like he was trying to catch me at something, like I was lying and he wanted to poke me and prod me until I broke down.”

Another submission, written by the mother of a Ringling student, described Shaffer as “demeaning” and “inappropriate.”

“My daughter’s very first day moving in her first year, he stepped up behind me inappropriately close, and breathed down my neck and asked what was up,” Kathleen Bostick wrote in her complaint.

“I whipped around and asked who the hell are you? I think he thought I was a student. Not a parent. He found out quickly he was mistaken. That day he was unprofessional and every single encounter since has been as inappropriate as the first,” Bostick continued.

In a follow-up interview, the mother said that Shaffer viewed housing accommodations as a favor to parents, rather than a component of his job. The mother said Shaffer used his oversight of campus housing as leverage in every situation.

Bostick said she complained to the school several times, including the time she visited the president’s office, and that each complaint was disregarded.

“Every single encounter, every single phone call, he is almost mocking,” the mother said of Shaffer. “He knows he has power and control, and he has something we all need.”

Another graduate, who would only go on the record with their first name, Alex, said they apologized for crying during a meeting with Shaffer, citing a diagnosis for bipolar disorder.

“He says, ‘They’re just feelings,’ in a way that people say ‘women have mood swings,’’” Alex wrote in an email to the Bradenton Herald.

“Something very real and out of my control,” Alex continued. “If he’s to remain in power I suggest he learn more about mental health and apply it properly.”

Of the 26 initial complaints received by Ruiz and the other current and former students, 17 provided a name and nine were anonymous. To protect the authors, Ruiz redacted all of the names and forwarded the complaints to Ringling, along with the request for an investigation.

“He didn’t care about or believe a thing I was saying; he didn’t care that I was hyperventilating and sobbing in his office, sitting through a panic attack,” one person wrote.

“If Chris’ goal was to completely tear me down and cause me to question my self-worth, he succeeded,” the person continued. “He made me believe that I was an absolutely awful person. I attended counseling for a year to undo his damage.”

“His version of teaching a lesson was scaring us into never crossing him again,” another person wrote.

Ruiz, who made the recent post on Twitter, prompting the outpouring of complaints, was hopeful that Ringling would make a positive change.

Though she appreciated the teachers and the courses at Ringling, she removed any mention of the college from her social media accounts. Ruiz said she was afraid to promote the college while Shaffer was still an administrator.

“I’m not the kind of person to come after someone’s employment,” Ruiz said. “I would really like him to not be in a position where he can hurt anyone else in the way he’s hurt me and all these other people who have come forward.”

In his recent letter to the campus community, the college president said that Ringling accepts reports, including anonymous complaints, on its website.

The complaint form is available at ringling.edu/titleix, under the “File a Report” link.

“Our complaint process is vital to ensuring we address behaviors that violate our collective trust,” the letter states. “Although determining whether to file a complaint is a complex and personal decision for everyone, it is incumbent upon us all to hold accountable any whose actions undermine the integrity of our community.” 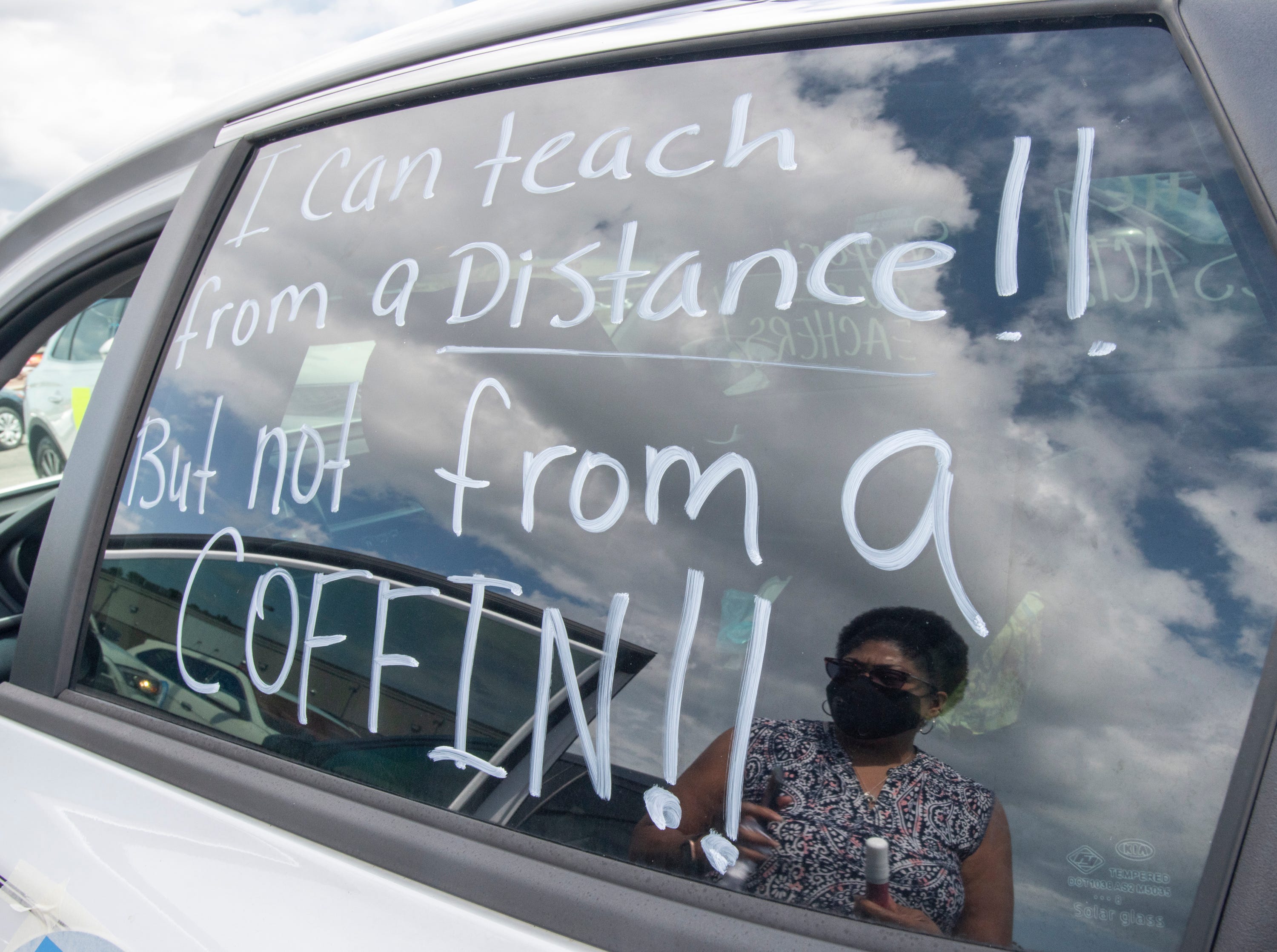