On Tuesday July 28, the Greatest Showman actor received a nomination for his role in HBO’s Bad Education and Reynolds celebrated his pal’s industry recognition by sending him a video.

‘Buddy! Congratulations,’ Reynolds says in the clip. ‘You just got an Emmy nomination, that’s crazy. Not ‘cause you don’t deserve it but…well?’

Jackman shared the video of Reynolds on his Twitter account, adding that the father-of-three looked ‘a bit green’, presumably with envy.

Hours prior, Jackman masterfully took the opportunity to make a dig at Reynolds after news of his nomination broke.

‘It’s a good way to wake up! I feel really good,’ the actor told E! News following the nomination. ‘I’m thrilled the film got nominated. Good day in our house.

‘Lots of texts from everyone I know, nothing from Ryan [Reynolds],’ he noted.

‘But Blake…Hang on, I’m just reading it now. “He’s devastated. He says he’s not getting out of bed for three days. This is the greatest gift you’ve ever given me”,’ he joked, reading out a seemingly pretend video from the Gossip Girl star.

‘I don’t know! That’s all I got from Blake,’ Jackman added, noting that he is ‘open’ to ending his feud with Reynolds and has invited the Green Lantern star to apologise to him to no avail.

Updated on 27/04/20: Hugh Jackman has spoken about his feud with Ryan Reynolds
and supporting actress Blake Lively during this ‘brutal’ time amid the ongoing health crisis.

On Friday, the actor appeared on NBC’s TODAY show to talk about putting his ongoing feud with Reynolds on hold during the coronavirus pandemic as they come together for the All In Challenge.

The All In Challenge is an online fundraising tool which involves actors, athletes, singers and more celebrities offering up items or experiences in an auction or giveaway.

‘We’re in extraordinary times,’ the star told show host Hoda Kotb, before revealing he and his wife Deborra-lee Furness have been having contact with Lively.

‘Deb actually said to me, “Look, really, this is a time to rethink all that. Maybe it’s time to build a bridge.”

‘I wasn’t ready for that, but actually Blake reached out. So Blake and Deb have been brokering this thing and we came up with participating in the All-In Challenge. We’re going to do a lemonade stand together… That’s how much I want to support the frontline workers and make sure people have food and all that sort of thing.’

On his strife with the Deadpool star he said that their feud is ‘not over’.

‘We’ve been reaching out to Blake, we talk to her, because can you imagine quarantine stuck in the house with Ryan? It must be brutal for her, so we’re reaching out,’ he added.

Original article published on 16/04/2020: Hugh Jackman has opened up about his long-running, hilarious rivalry with Ryan Reynolds, which initially sprung from the actor’s friendship with the Green Lantern star’s ex-wife Scarlett Johansson.

In an interview with the Daily Beast on April 16, Jackman said that while he couldn’t remember the exact reason why their feud began, he said it had something to do with Reynold’s ex-wife – Reynolds and Johansson were married from 2008 until 2011.

The 43-year-old Just Friends star went on to marry actress Blake Lively in 2012. The pair are parents to three daughters.

‘It’s gone back so long now… God, this is a classic sign where your feud has gone too long, where you don’t even know why or how it started!’ Jackman began.

‘I met him back on Wolverine, and I used to ream him because I was very close friends with Scarlett.

‘Scarlett had just married Ryan, so when he came on set I was like, “Hey, you better be on your best behaviour here, pal, because I’m watching,” and we started ribbing each other that way.’

Over the years the pair have regularly played jokes on each other, from teasing in television interviews to scathing social media tweets.

In 2018, Jackman was joined by Reynolds’ pal Jake Gyllenhaal to trick the actor into thinking he was invited to a Christmas jumper party. Unfortunately for the star, who dressed in a festive green and red knit with a gold bow, everyone else at the shindig dressed in casual attire.

The actor said that their rivalry has ‘escalated’ over the years after Reynolds starred in Deadpool and that he spends more than ‘five hours a day’ of ways to play a joke on Reynolds.

‘I’ve found in the past that it just gets unhealthy if it’s more than five hours of obsessing over how to get Ryan Reynolds. But five hours is good and healthy and keeps me strong and ready,’ he said.

After he shared a photograph of himself and his wife on Instagram, Reynolds commented on the post, telling Furness to ‘hang in there, Deb’.

On Thursday, Jackman also shared a photograph of himself waking his dog and wearing a face mask which prompted Reynolds to plug his alcohol brand, Aviation Gin, in the comments section.

‘You can’t spell drinking without, “drink gin”,’ he noted.

Meanwhile, in February, the actors celebrated their one-year ‘truce-aversary’ with a video on Twitter.

In the clip, Jackman starred in a 30-second mock advert to promote Reynolds’ gin.

I'm a former CIA analyst trained to spot fake news. Here's how you can do it, too.

Wed Jul 29 , 2020
In early 2017, I watched from my desk at the CIA as the world learned Russia had waged an influence campaign targeting the U.S. presidential election months before. As an intelligence analyst, I worked in a world where countries often used covert action against each other to influence events, outcomes, […] 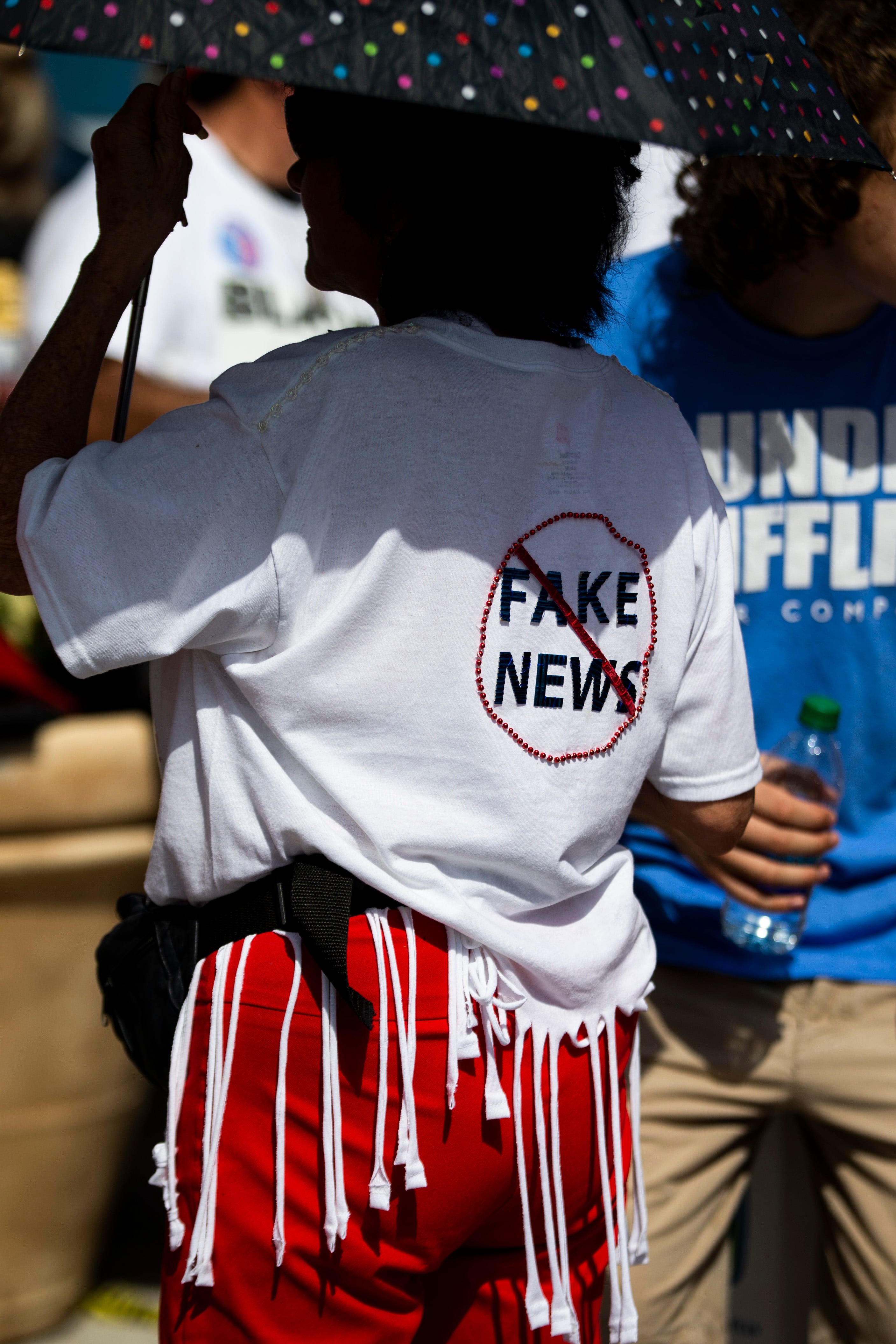