CHICAGO, IL – There are days when Michael O’Keeffe is hopeful that the union that has represented faculty at Saint Xavier University for 50 years will again be restored at some time in the near future. There are other days, however, when the idea of being an official part of the school’s community faces more of a grim reality.

Two months have passed since university president Laurie Joyner announced in an email that Chicago’s oldest Catholic university would no longer recognize the school’s faculty union as a collective bargaining unit. Now, with the start of the academic year a matter of weeks from happening, O’Keeffe – who co-chairs the Faculty Affairs Committee (FAC) at Saint Xavier – is hoping that a letter that has been circulated to local priests and the Sisters of Mercy will help to bring change and restore the union in the eyes of university administrators.

The FAC has 140 current members and the union, which was founded in 1970 and certified by the National Labor Relations Board in 1979. But now two years into negotiations with Saint Xavier officials for a new collective bargaining unit, the hopes of having the university again recognize the union remain in limbo despite the best efforts of O’Keeffe and his colleagues.

O’Keefe believes that Catholic social teaching provides support that gives Catholic workers the right to organize to seek collective bargaining. O’Keeffe is hoping that the group can garner enough from priests and the Sister of Mercy support to set up a meeting with Fr. Clete Kiley, who works with labor relations with the Archdiocese of Chicago, and who could organize a meeting with Saint Xavier administrators.

In June, more than 100 faculty members, union members and supporters rallied together protesting Joyner’s decision, which started the public outcry for the university to again recognize the union. While legal challenges surrounding a private university’s standing with the NLRB may have led university officials to make the decision they did, O’Keeffe said, the issue of continuing to recognize the union is an issue of morality, not legality.

Ongoing coronavirus pandemic and the financial impact felt by colleges and universities because of it factored into Joyner’s announcement regarding the union’s standing with the school, officials indicated at the time of the decision. Despite the long history of working collaboratively with school administrators, Joyner’s decision has put the school’s faculty in a position it hasn’t been in more than four decades.

In her email to faculty, Joyner and board president Patricia Morris cited the ongoing pandemic and associated financial stresses that could result in a loss of up to $9 million in lost revenue , but also pointed to the nature of ongoing negotiations for a new collective bargaining agreement. The two sides have been trying to reach a new deal since 2018 – a year before the bargaining agreement expired. But since then, Joyner wrote that negotiations have become “ineffective and unproductive.”

“Continuing this divisive and disruptive relationship no longer serves to protect our mission and is not conducive to adapting to external pressures or innovating for sustainability,” Joyner and Morris wrote in the email.

O’Keefe said that Joyner’s decision caught FAC members off-guard as there was no indication, he said, that such a move was coming. Although negotiations between the two sides had never been easy, there was always a level of respect given to the union, he said. The union moved to file unfair labor practice allegations against the school in the spring, but withdrew the claim under advice of legal counsel until legal decisions involving labor issues at other Catholic universities can provide more guidance.

While faculty members understand the financial challenges being felt by the university in a time of uncertainty, the rights of employees when it comes to fair wages, benefits and a working conditions needs to be recognized as well, O’Keeffe said. The group has picked up from support from local unions – including the one that represents faculty at Loyola University – but whether the Saint Xavier faculty push to be recognized actually changes the mind of school officials remains to be seen.

While working without a contract, O’Keeffe said there is a portion of the faculty that is worried about working conditions as they relate to the coronavirus pandemic. He said that faculty signed a working agreement to continue teaching in the past month but that as the campus reopens in the fall while facing safety guidelines put in place because of the pandemic, health and safety remains a concern among some. That only adds to what is already happening as the union attempts to again be recognized.

The school announced earlier that it will use a hybrid model of teaching for the upcoming semester that blends some smaller, social distanced classroom with online learning and coursework.

As it stands now, O’Keeffe said the belief among faculty members at Saint Xavier is that their voices have been silenced by Joyner’s unilateral action. Now, as educators as the school prepare to again teach students – many of whom are unchurched – using the tenets of the Catholic faith as a foundation, O’Keeffe said the FAC is asking administrators to do the same.

“When people can’t focus on their students, there’s always a problem,” O’Keeffe said.

He added: “(Students) need an experience in what it means to be educated in the context of the Catholic faith. There are lots of ways to contextualize Catholic theology, but when it comes to Catholic social teaching, it’s pretty clear. So whether the university wants to abide by that, I think they should. And that’s our argument.”

This article originally appeared on the Beverly-MtGreenwood Patch

The furious rise of mask rage

Fri Jul 31 , 2020
An anti-mask protest in July attracted a few hundred attendees – and howls of anger on social media – Getty It is ten o’clock in the local Sainsbury’s, and every other customer is following the rules and wearing a face covering.  Except one anti-masker in the second aisle. Most shoppers respond […] 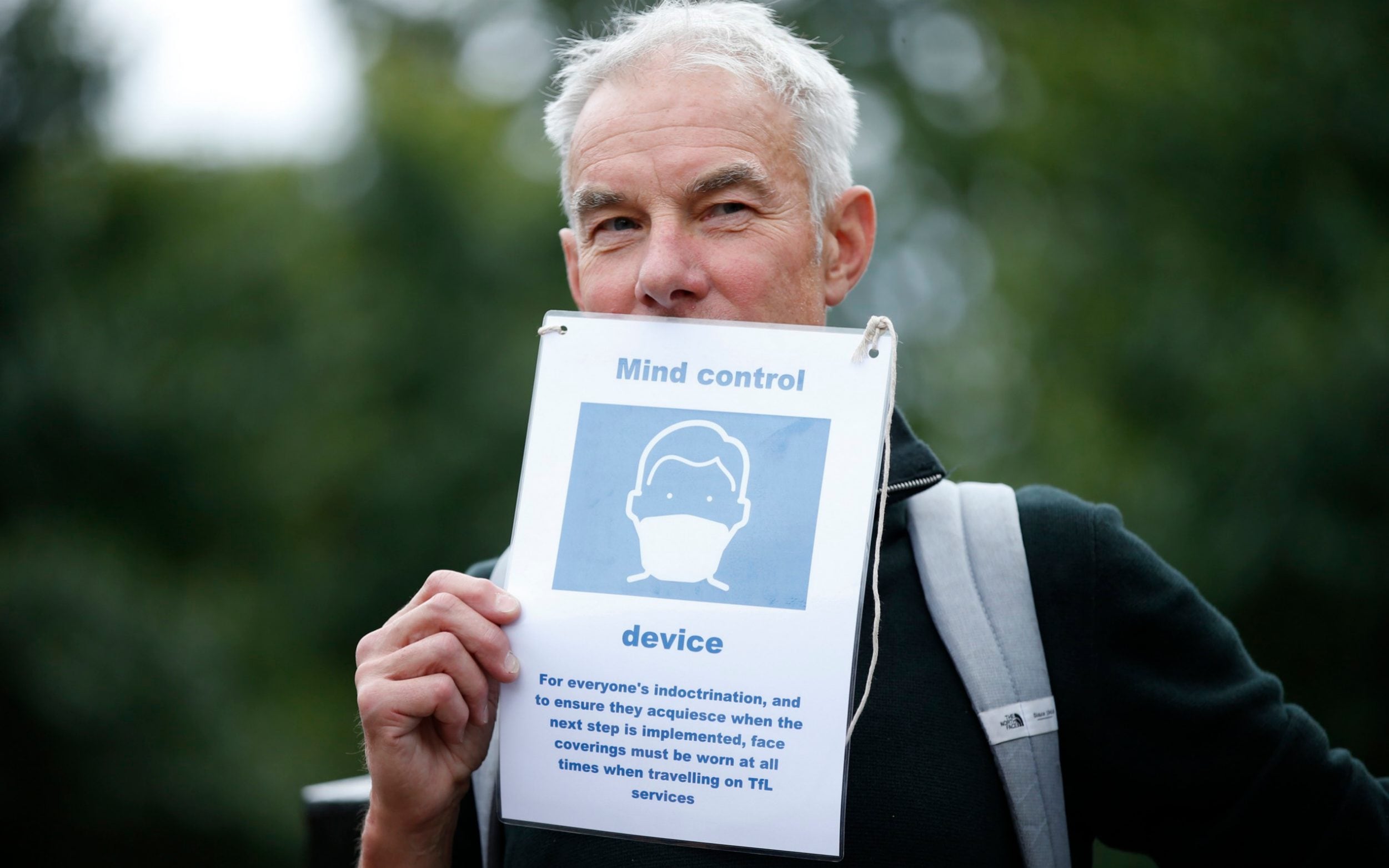