Seimone Augustus left Minnesota, trading the blue and gray of the Lynx for the purple and gold of the Sparks, but Minnesota hasn’t completely left Augustus. As she prepares to face her former team for the first time with the Sparks on Sunday, the guard is sticking with the same mind-set that turned her into a four-time WNBA champion.

“It’s like what we always say in Minnesota,” Augustus said Saturday. “It’s the biggest game ’cause it’s the next game.”

Augustus intended to finish her career with the Lynx, where she is the franchise leader in points (5,881). But contract negotiations broke down this summer as the Lynx were leaning toward a rebuild. The eight-time All-Star had two conversations with the Sparks, one with coach Derek Fisher and another with assistant general manager Michael Fischer, and that was enough for her to come to Los Angeles. She posted a tearful video on Instagram after making the decision.

There are no hard feelings now, Augustus said, and she’ll always cherish her time in Minnesota. She grew up there. She learned how to be a professional there. She won there. A lot. She hopes to help the Sparks, her former longtime rival, do the same.

“Mone has four championships, a couple of which have been against us,” said Sparks forward Candace Parker, who lost to Augustus’ championship-winning Lynx in the 2015 and 2017 playoffs. “I think it’s definitely helpful to have that experience but also have her challenging us and pushing us.”

Augustus quickly made herself comfortable with her new teammates. Her honest leadership style makes her a valuable commodity. Even as she sat out Friday’s game against Las Vegas, Augustus had frequent conversations with teammates, challenging them to show the energy necessary to compete. Without Augustus and forward Nneka Ogwumike, out because of a hamstring injury, the Sparks (2-3) faded in the fourth quarter of an 86-82 loss.

“I say what needs to be said, even if it tends to ruffle some feathers at times,” Augustus said. “In order for any team, at any level, vet, rookie, whatever, the hard conversations are things that have to be said.”

With one game’s rest, Augustus said Saturday she feels ready to play. Monitoring her health during the pandemic-shortened season is a top priority for the 36-year-old as she approaches the end of a career that Fisher said makes her one of the most accomplished players — male or female — in the world.

After 375 WNBA games, three Olympic gold medals and one league MVP award, Augustus has a chance to add 6,000 career points to her resume this year. She enters Sunday with 5,927. A career 15.8 points-per-game scorer, Augustus is averaging 9.2 with the Sparks.

For the former Louisiana State star who led the Tigers to three straight Final Four appearances, the main satisfaction from the accomplishments is feeling like there could be another girl from Louisiana who is inspired to do the same thing.

“Being able to be mentioned as one of the greats and coming from a state like Louisiana, to be honest, I’m just thankful that I’m able to give kids hope back home to make it to where I’m at one day,” Augustus said. “I never really set out to worry about being the greatest or whatever. I just put my body of work together. I just work really hard and whatever accolades, whatever accomplishments came to me, it just came, just due to the sheer fact that I put the work in.”

Although she said previously that this would be her final season, Augustus remained open to extending her career when asked about the topic earlier this season. When the end comes, Augustus will be ready. She is taking online classes through a Harvard business school program. The noted sneaker aficionado wants to break into the fashion business.

Augustus has read several case studies about making it in business. They teach her that there will be struggles. Things won’t always go according to plan. The game against the team that she once believed she would finish her career with is another reminder of that lesson.

“It’s just unfortunate that you spend 14 years somewhere and you have a vision of how things will end and it doesn’t end that way,” Augustus said. “But it doesn’t mean … you won’t have that happy ending that you hoped for.”

Sun Aug 9 , 2020
When deciding which MBA program to attend, many prospective students want to visit campuses to get a feel for the culture and what their schools have to offer. But with many campuses closed and courses shifting online, how should applicants research their ideal MBA program? Caroline Diarte Edwards of Fortuna […] 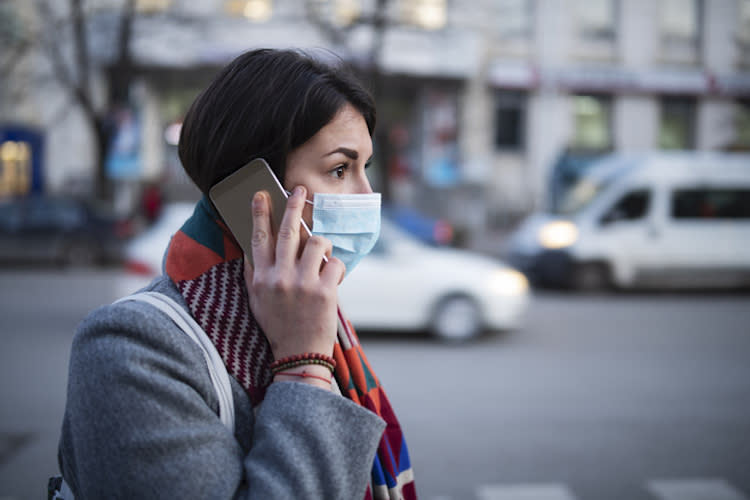