If you’re looking for a straight yes-or-no on whether it’s safe to send your children back to school in August or September … sorry, we can’t give that to you right now. Actually, no one can. But what we can do, as this debate rages on in households, state capitals, school district offices, and the federal government, is help you gather the info you’ll need to make that decision. This is not to say all of that info exists, exactly, but maybe it will eventually. All we can say is maybe it will help you to have all the confusing bits and pieces of information on the very difficult dilemma of school reopening distilled into one place.

There is also the chance that the decision won’t be up to you. Maybe you live in a place that’s opening schools no matter what. Maybe you have a job that requires you to work on location no matter what. Or, maybe the teachers in your district are going to strike, because their unions have determined schools are unsafe for them. In which case, well, at least we might be able to help explain their decisions here. (Am I the only mom who sometimes fantasizes about not having to make any decisions, maybe just for a day, or an hour?)

The Science of Kids & COVID-19 Transmission

Fact: According to the Kaiser Family Foundation, one in four teachers would be at risk of serious illness if they contracted COVID-19, due to their age or pre-existing conditions.

Unknown: How many children were asymptomatic but COVID-positive and passed the illness onto others without ever getting tested. Or how many children would have done so, had schools been open all this time. An article in the upcoming issue of the New York Times magazine summed up why no health professionals have been able to give a definitive answer on this matter: The virus is too new, the sample sizes of studies are too small, testing is inconsistent, and schools closed so fast in most places that no one was able to collect much data on transmission rates in a normal school setting. You have probably heard about the studies in Switzerland and South Korea showing that kids younger than 10 are unlikely to test positive. No one, other than certain politicians, feels those studies were conclusive enough to apply to everywhere else in the world.

Unknown: Why most kids seem to be less vulnerable to the virus. It could be, as one study posits, that they lack a certain type of receptor that lets the virus into the body. It could just be that kids get so many colds, they’ve developed immunity to similar viruses, which is helping them. Until we know this, we can’t determine which unlucky kids aren’t less vulnerable.

The Examples of Other Countries

Fact: This has been said before, but we’ve got to repeat it: No other country that reopened schools had a rate of new coronavirus cases as high as the U.S. does now. The CDC’s latest guidelines emphasize this fact.

Fact: Denmark’s cases were already pretty low when they opened schools. The average class size in the country is 20, and still the schools split that number in two to ensure even smaller class sizes so they could stay far from each other all day long. They also washed their hands at least once an hour.

Fact: Israel reopened schools in May and the country was doing OK until recently, when cases surged again.

Unknown: Whether Israel’s surge was due to relaxed mask restrictions at schools, relaxed rules on social gatherings outside of schools, or something else.

Unknown: Whether school-related outbreaks in Canada, France, and Chile were anomalies.

The Current State of Transmission Rates in the U.S.

Fact: As of this writing, cases have gone up over the last 14 days in 29 states, according to the New York Times. They’re leveling off (but are often still very high) in 18 states and Guam. They’re decreasing in five and the U.S. Virgin Islands.

Fact: Health experts have stated to curb community spread, the average daily infection rate among those tested in an area should be less than 10 percent and ideally under 3 percent. The World Health Organization recommended that rates should be less than 5 percent for two weeks before governments open up economies. That 5 percent is a goal many localities have latched onto.

Fact: The American Federation of Teachers resolved this week that schools are only safe to reopen if the positive-test rate in the community is less than 5 percent and transmission rates are less than 1 percent.

Fact: As of July 14, New York City and Chicago were the only two out of the 10 biggest school districts in the country to have a positive-test rate of less than 5 percent.

The Cost (And Absence) of Safety Measures

Fact: The AFT also urged schools against reopening if there isn’t an effective system of contact-tracing in the area (which, in short, there mostly isn’t in the U.S.).

Fact: The economic shutdown deprived local governments of a lot of tax money that normally goes to schools.

Unknown: Just how much it’s going to cost to sanitize schools, check temperatures, teach students at home and in the classroom, transport students at a safe distance from each other, employ nurses at every school, and make sure faculty and staff who are sick can stay home. The CDC suggests that schools install barriers in some places and make sure they have adequate ventilation in others. The AFT estimates that schools need an additional $400 billion to make it happen.

Unknown: Whether the CDC’s latest guidelines are specific enough to help schools make their decisions. Besides encouraging masks and hygiene, the biggest recommendation is restricting student movement to “cohorts” that don’t interact with other groups of students. For the most part, the CDC encourages communication with local governments and determining how to act based on the level of the levels of community transmission in the area (no, minimal, moderate, substantial controlled, substantial uncontrolled).

Unknown: Whether the passage in the CDC’s guidelines stating that schools “may consider” offering alternatives for teachers and students who are at a higher risk will be enough to protect them. It seems that’s leaving the door open for schools to opt out of considering those offers too.

The Cost of Not Opening Schools

Fact: Kids really do need in-person schools. As the American Academy of Pediatrics put it: “We recognize that children learn best when physically present in the classroom. But children get much more than academics at school. They also learn social and emotional skills at school, get healthy meals and exercise, mental health support and other services that cannot be easily replicated online. Schools also play a critical role in addressing racial and social inequity.”

Fact: Kids with special needs and those in low-income households are really suffering without schools.

Fact: The AAP doesn’t think those benefits should come at any cost. “Science should drive decision-making on safely reopening schools,” the statement said. “Public health agencies must make recommendations based on evidence, not politics. We should leave it to health experts to tell us when the time is best to open up school buildings, and listen to educators and administrators to shape how we do it.”

Unknown: How families are going to manage another semester without the childcare that schools provide. Data from the Bureau of Labor Statistics (from 2018) said that only about 29 percent of Americans can work from home. We hope that number has gone up as employers became more flexible this year, but we also know that their patience isn’t unending. Witness the stories of women getting fired for having their children interrupt work meetings. Witness the people you probably know who have wound up quitting their jobs because doing it all is just unmanageable.

Unknown: What happens to the economy if we get this wrong, and reopening schools unsafely causes the pandemic to worsen.

Unknown: Whether Congress can look at all this and figure out a way to give our schools the billions they need to make this work for everyone. At the moment, the Senate Republican plan falls short of the cost estimates and skews its spending toward schools that don’t go all-virtual.

If you’re wondering what your school district’s latest plan is, Education Week is tracking that information here.

No matter what model your district chooses, you’ll probably need to stock up on some of these kids face masks. 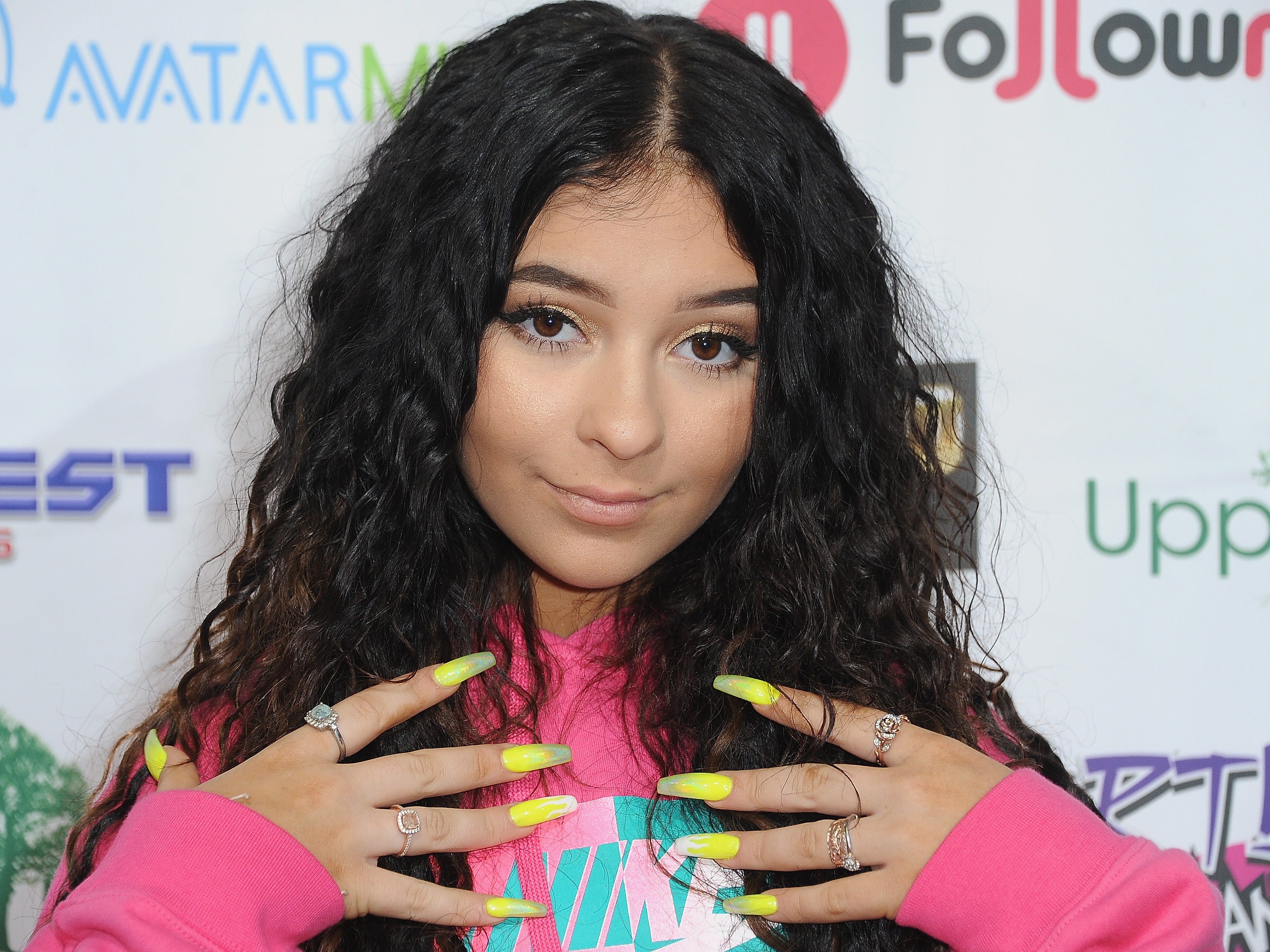