The stimulus plan in the works on Capitol Hill will come too late for the start of the school year in much of the nation, adding to the chaos in an education system already thrown into disarray by the global pandemic.

Lawmakers are still haggling over the details of the package that would deliver a historic sum for education, as districts throughout the country prepare to kick off the school year. Education leaders are already spending money on stockpiles of face masks, computers kids can use to connect to classes at home and training for educators still learning how to make the most of teaching from afar.

But districts have no certainty from Congress about how much cash they can expect to rain down from a final stimulus deal or what rules will be attached to that money.

“It’s too late to get resources to people or schools that are starting in August,” said Randi Weingarten, president of the American Federation of Teachers, a union that called this week for its 1.7 million members to consider “safety strikes” as “a last resort” if negotiations over reopening schools don’t meet their demands.

In many public school districts, the fall semester starts in less than two weeks. Classes are already underway in others.

Dithering politicians are to blame, Weingarten said, for schools that will begin with no in-person learning despite improving trends in the spread of coronavirus in some parts of the country. “So when people keep saying that they need to go on ‘remote,’ initially, it’s not just because of safety concerns — it’s because of resources,” she said.

Sen. Lamar Alexander (R-Tenn.), who chairs the Senate committee that writes education policy, said “the whole purpose” of the stimulus funding congressional leaders are trying to negotiate is to ensure “schools can open safely with as many children physically present as possible.”

“So the sooner the better,” said Alexander, pointing out that many schools in the South are “beginning right away” with in-person learning and no delay in starting the fall semester.

No matter the final total, the stimulus in the works is on track to shower U.S. schools and colleges with the biggest chunk of cash the federal government has ever spent on education, far surpassing the $73 billion the Education Department is allotted each year for its entire budget.

In the House’s initial offer in May, nearly $101 billion was included for education under the Heroes Act. Going even bigger, the plan Senate Republicans unveiled this week would provide $105 billion for K-12 schools and colleges. Democrats, not to be outdone in upping the ante, now say no less than $345 billion is needed to shore up U.S. education amid the pandemic.

However the deal shakes out, schools are expected to get reimbursed later for money they spend now on things like teacher training, virtual learning technology and supplies, as well as increased staffing to abide new limits on how many people can be in each classroom and school building. Education groups want Congress to backdate the funding so it can cover expenses from March of this year until at least September 2021.

Federal leaders have already provided billions of dollars in extra aid this year to help schools amid the pandemic, however. It has been more than four months since President Donald Trump signed the CARES Act, which delivered almost $31 billion in education assistance. But so far, of the $13 billion the Education Department laid out in an emergency relief fund for K-12 schools, only 2 percent has been drawn down.

“There’s no excuse for schools not to be planning to go back to school, except union politics aimed at helping [Joe] Biden in the fall,” said one Republican congressional aide, noting the billions of dollars that remain unspent.

Noelle Ellerson Ng, who leads legislative and advocacy efforts at The School Superintendents Association, said some school districts have been cautious not to blow all of their new funding to prepare for the start of the school year amid uncertainty about how the virus’ spread could change their plans in the coming months.

Until the last few weeks, it was also unclear whether Congress would even be issuing another round of education funding.

“The reality is, we’re still two weeks out from the school year starting, and depending on how hotspots flare up, communities might again pivot to doing more fully online,” Ellerson Ng said. “It is responsible and prudent for school districts to say: Well, we’re not going to spend every single dollar on a fully in-person scenario, even though that’s what we want.”

Some school districts are too broke to foot the bill for the costs of reopening, even with the expectation that the federal government will backfill the cash. Especially now that state and local tax revenue has dropped off during the pandemic, many school districts will need to use federal funding to cover budget shortfalls, said Bob Farrace, a spokesperson for the National Association of Secondary School Principals.

While school districts throughout the country are bracing for a 10 to 15 percent cut due to the virus’ effect on local economies, the stimulus plan Senate Republicans laid out this week would require states to maintain their funding for education at the same levels as last year, or higher, to qualify for a windfall in grant funding under the proposal.

Farrace said the GOP offer, with $70 billion for K-12 schools, falls short of the cash needed to fill the revenue hole states are facing, not to mention professional development to help teachers retool their skills, protective equipment and cleaning supplies.

Without more flexibility for using the federal funding and lead time before the start of the school year, local leaders could be forced to make hasty and dangerous decisions about reopening schools where the coronavirus is still spreading aggressively, Farrace said, noting that the GOP plan would send two-thirds of the emergency education funds to schools that open for in-person instruction.

“It’s extortion …” he said. “If you put them in desperate enough circumstances — where you know that you have to continue educating and this is the only way to continue that education, by doing something that you know to be unsafe — I fear that the decision made under duress could go the wrong way.”

How to make friends as an adult

Thu Jul 30 , 2020
Rex Features In today’s social media-saturated culture, the prospect of forming friendships offline can feel more daunting than ever before. While most of us happily make new digital connections every day, one right-swipe at a time, approaching people in real life is more of a nuanced art, particularly when your […] 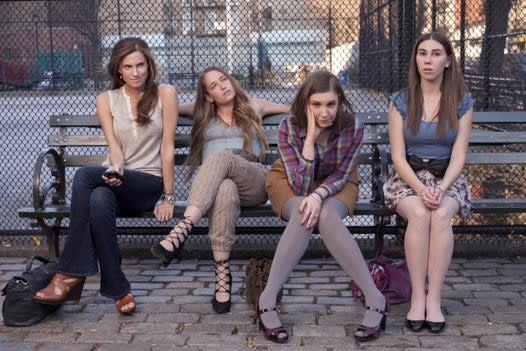