Stock futures rose Thursday evening, with contracts on the Nasdaq jumping more than 100 points, or 1%, after a slew of better than expected corporate earnings results from major tech firms.

Facebook grew its revenue 11% over last year as its advertising business remained resilient despite the pandemic-related slowdown across the broader ad industry. Alphabet’s ad business was hit more prominently by that trend, with Google ad revenue falling 8% over last year, though Alphabet’s overall top- and bottom-line results still topped estimates. Facebook’s daily active users jumped 13% to 1.79 billion and monthly active users rose 12% to 2.7% billion as the pandemic drove online engagement, though the company warned that these metrics would likely be flat to down slightly in most regions during the current quarter as trends moderate.

Amazon stood in a league of its own, reporting net income that doubled over last year to $5.2 billion, and net sales that grew 40% during the quarter, with pandemic-related spending on e-commerce platforms strongly benefiting Seattle-based company.

Apple, meanwhile, brought in revenue of $59.7 billion in the second quarter to top estimates by $7 billion, as both hardware product and services revenue surged over last year. CFO Luca Maestri said the roll-out of its next iPhone model may be “a few weeks later” than usual, as had been speculated due to pandemic-related supply chain disruptions. Apple also announced a four-for-one stock split of its stock, in a move that would make shares more accessible to retail investors.

The flood of estimates-topping results from Big Tech companies stood in stark contrast to US economic data earlier Thursday, which affirmed the worst quarterly drop in US economic activity on record during the second quarter and showed a second straight increase in weekly unemployment insurance claims. The reports suggest that the recovery from the coronavirus pandemic will likely be drawn out and choppy, according to many economists.

“The 32.9% annualized decline in GDP in the second quarter, more than three times larger than the previous record quarterly contraction, underscores the unprecedented hit to the economy from the pandemic,” Andrew Hunter, senior US economist for Capital Economics, wrote in a note. “We expect it will take years for that damage to be fully reversed.”

For tutorials and information on investing and trading stocks, check out Cashay

Fri Jul 31 , 2020
The Federal Communications Commission has authorized Amazon’s plans for a Project Kuiper constellation of 3,236 satellites that would provide broadband internet access across a wide swath of the globe — but on the condition that it doesn’t unduly interfere with previously authorized satellite ventures. The non-interference requirements and other conditions […] 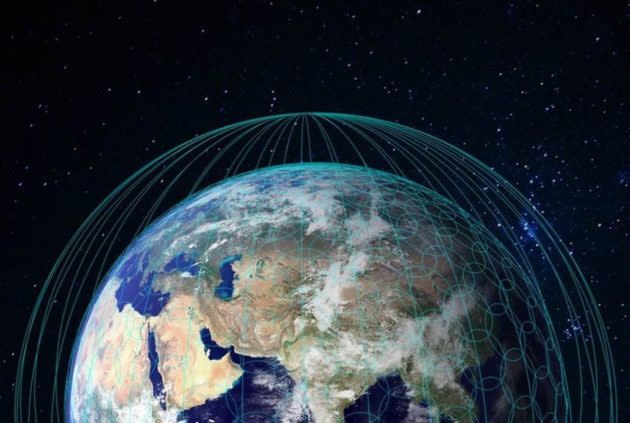