A-level students have launched legal action against England’s exam regulator Ofqual over what they describe as a “ridiculous and insane” marking system.

Thousands of teenagers were left angered after almost 40% of predicted grades were downgraded by the regulator’s “moderation” algorithm, leaving many missing out on their first choice universities.

Ofqual issued guidance on Saturday setting out the criteria for students to make appeals on the basis of their mock exam results, only for it to be taken down hours later.

In a brief statement, Ofqual said the policy was “being reviewed” by its board and that further information would be released “in due course”.

The Good Law Project is now supporting six students over a judicial review of Ofqual’s “failings”.

Data from Ofqual shows independent schools saw an increase of 4.7% in the number of students securing A or A* grades from 2019, compared to 2% for state schools and just 0.3 percentage points for further education colleges.

Education secretary Gavin Williamson last week gave a “triple-lock” commitment that students could use the highest result out of their teacher’s predicted grade, their mock exam or sitting an actual exam in the autumn.

Jolyon Maugham, director of the Good Law Project, said: “If you don’t go to a successful school you don’t deserve to succeed either – strip away all the science and that’s what’s delivered by the system Ofqual and Gavin Williamson have put in place.

“It’s not fair, it’s not good enough, and hard-working students should not have to stand for it.”

It comes as more than 200,000 people have signed an online petition demanding the government takes action over the A-level results.

The Change.org petition wants all students receiving grades this year to be given those predicted by teachers.

“We call on Boris Johnson to intervene now and stop this,” the petition reads.

“No school is going to set a child up for something they cannot achieve, that would be senseless.

“Uni places already hang in the balance. The govt has already u-turned on the date results will be available and children’s mental health is suffering.”

Pentagon’s UFO Group Is Officially Active, After Years of Secrecy

Sun Aug 16 , 2020
Photo credit: Department of Defense From Popular Mechanics The Pentagon’s once-covert UFO program is officially active again with the establishment of a task force that will investigate the sightings of unidentified aerial phenomena (UAPs). The Pentagon says the task force’s mission is to “detect, analyze, and catalog UAPs that could […] 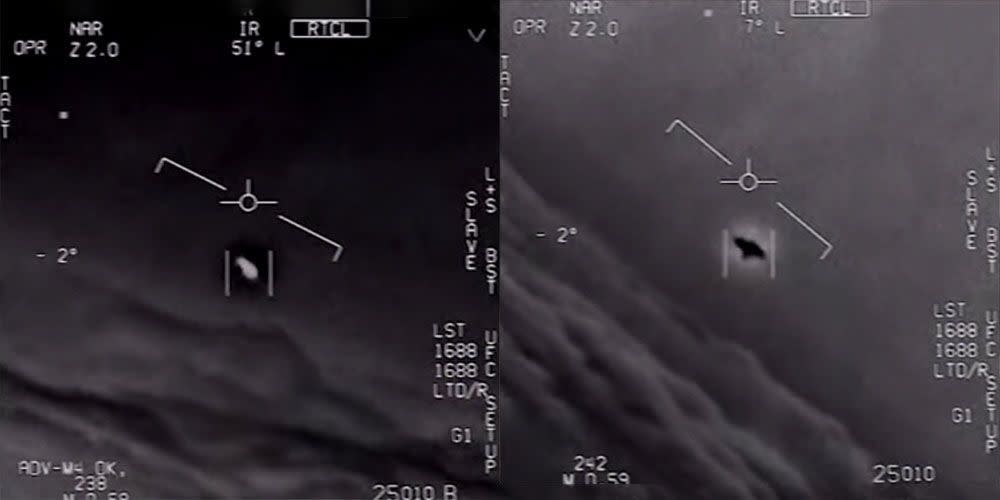