Many viruses, including HIV and influenza A, mutate so quickly that identifying effective vaccines or treatments is like trying to hit a moving target. A better understanding of viral propagation and evolution in single cells could help. Today, scientists report a new technique that can not only identify and quantify viral RNA in living cells, but also detect minor changes in RNA sequences that might give viruses an edge or make some people “superspreaders.”

The researchers will present their results at the American Chemical Society (ACS) Fall 2020 Virtual Meeting & Expo.

“For studying a new virus like SARS-CoV-2, it’s important to understand not only how populations respond to the virus, but how individuals—either people or cells—interact with it,” says Laura Fabris, Ph.D., the project’s principal investigator. “So we’ve focused our efforts on studying viral replication in single cells, which in the past has been technically challenging.”

Analyzing individual cells instead of large populations could go a long way toward better understanding many facets of viral outbreaks, such as superspreaders. That’s a phenomenon in which some cells or people carry unusually high amounts of virus and therefore can infect many others. If researchers could identify single cells with high viral loads in superspreaders and then study the viral sequences in those cells, they could perhaps learn how viruses evolve to become more infectious or to outwit therapies and vaccines. In addition, features of the host cell itself could aid various viral processes and thus become targets for therapies. On the other end of the spectrum, some cells produce mutated viruses that are no longer infectious. Understanding how this happens could also lead to new antiviral therapies and vaccines.

But first, Fabris and colleagues at Rutgers University needed to develop an assay that was sensitive enough to detect viral RNA, and its mutations, in single living cells. The team based their technique on surface enhanced Raman spectroscopy (SERS), a sensitive method that detects interactions between molecules through changes in how they scatter light. The researchers decided to use the method to study influenza A. To detect the virus’s RNA, they added to gold nanoparticles a “beacon DNA” specific to influenza A. In the presence of influenza A RNA, the beacon produced a strong SERS signal, whereas in the absence of this RNA, it did not. The beacon produced weaker SERS signals with increasing numbers of viral mutations, allowing the researchers to detect as few as two nucleotide changes. Importantly, the nanoparticles could enter human cells in a dish, and they produced a SERS signal only in those cells expressing influenza A RNA.

Now, Fabris and colleagues are making a version of the assay that produces a fluorescent signal, instead of a SERS signal, when viral RNA is detected. “SERS is not a clinically approved technology. It’s just now breaking into the clinic,” Fabris notes. “So we wanted to provide clinicians and virologists with an approach they would be more familiar with and have the technology to use right now.” In collaboration with virologists and mathematicians at other universities, the team is developing microfluidic devices, or “lab-on-a-chip” technologies, to read many fluorescent samples simultaneously.

Because SERS is more sensitive, cheaper, faster and easier to perform than other assays based on fluorescence or the reverse transcriptase-polymerase chain reaction (known as RT-PCR), it could prove ideal for detecting and studying viruses in the future. Fabris is now collaborating with a company that makes a low-cost, portable Raman spectrometer, which would enable the SERS assay to be easily conducted in the field.

Fabris and her team are also working on identifying regions of the SARS-CoV-2 genome to target with SERS probes. “We’re in the process of obtaining funding to work on possible SARS-CoV-2 diagnostics with the SERS method we developed,” Fabris says.

Emerging viral pathogens such as SARS-CoV-2, the causative agent of the ongoing COVID-19 pandemic, can transmit undetected from person to person often without apparent symptoms. This feature largely facilitates its rapid spread and underscores the importance of the development and deployment of infectious disease surveillance systems at the early stages to test, isolate, and trace the viral spread in efforts to contain an outbreak and mitigate damage. Rapid evolution in RNA viruses gives the ability to some viruses to jump from species to species, leading to spillover events. This genetic drift is also responsible for the low effectiveness or the lack of vaccines for certain RNA pathogens. The impact on the healthcare systems worldwide and the repercussions on patients are substantial, as we are witnessing. Understanding viral mutations holds significant importance because of its wide impact on new vaccine design, drug resistance management, and prediction of new pathogenesis. Furthermore, approaches that are designed to study viral evolution can be adapted to implement effective diagnostic platforms. In my talk, I will discuss our results on the implementation of SERS probes for the identification and quantification of viral RNA in intact individual cells, leveraging an on-off SERS signal switching that is triggered by the conformational changes in the sequence-specific oligonucleotides bound to the gold nanostar-based probes. I will show how individual nanostars can provide measurable signal, and how their response is only partially affected by the formation of protein corona in media, cell lysate, or intact cells. Furthermore, I will report on the sensitivity of the probes to base mutations within the target RNA, and on their selectivity toward their intended target, even within individual cells. I will compare the SERS results with those enabled by fluorescence transduction on the same nanostars and on nanoflare systems designed for similar targets. These unique probes are promising because they are uniquely suited to provide response on population outliers that could be indicative of a superspreader behavior, and because they can be easily adapted to target any viral RNA, individually and in multiplex, to enable the implementation of effective diagnostic platforms with high sensitivity and throughput.

This document is subject to copyright. Apart from any fair dealing for the purpose of private study or research, no
part may be reproduced without the written permission. The content is provided for information purposes only.

Thu Aug 20 , 2020
The Mojave Desert, straddling California and Nevada, has been called the Saudi Arabia of solar power. It’s a clean energy developer’s dream: vast open lands, roughly equal in size to the entire state of New Mexico, with an endless bounty of heat from the sun.  Hundreds of thousands of acres […] 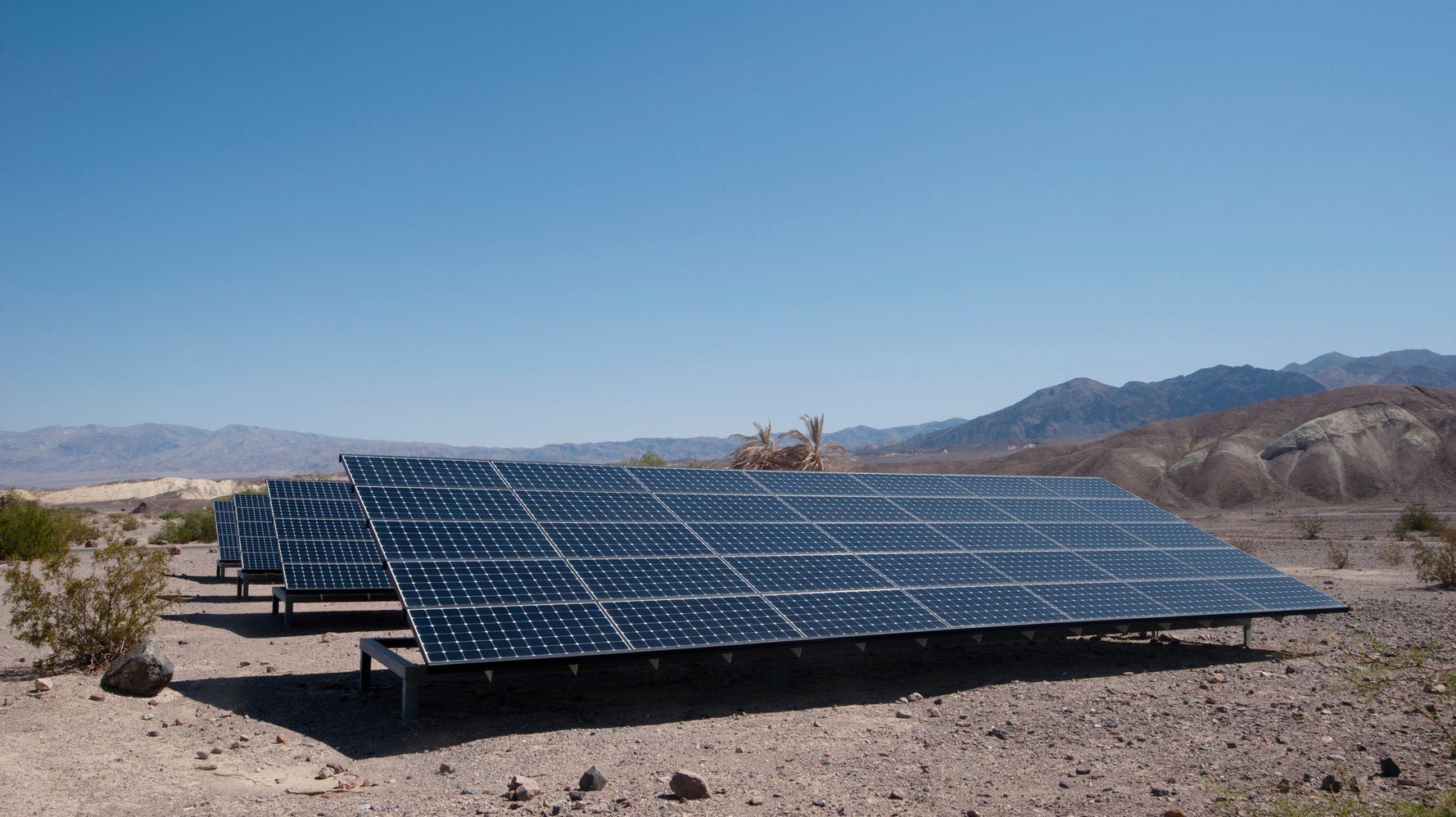