HARTFORD, Conn. (AP) — As the U.S. marks the 100th anniversary of women’s suffrage, many event organizers, mindful that the 19th Amendment originally benefited mostly white women, have been careful to present it as a commemoration, not a celebration.

From exhibits inside the Arizona Capitol Museum to a gathering on the North Carolina statehouse lawn, many commemorations, including those that moved online because of the coronavirus pandemic, have highlighted a more nuanced history of the American women’s suffrage movement alongside the traditional tributes to well-known suffragists such as Susan B. Anthony and Elizabeth Cady Stanton.

While their names are not as well-known as the white suffragists, Black women played both prominent and smaller roles in the movement. Members of the Delta Sigma Theta sorority, for example, participated in the 1913 suffrage march in Washington, taking great personal risk while not being welcomed by some white suffragists who ultimately insisted the Black women march at the end of the procession, said Cheryl A. Hickmon, national first vice president of Delta Sigma Theta Sorority, Inc.

In June, protesters in Iowa demanded that Iowa State University remove the name of suffragist and alumna Carrie Chapman Catt from a building because of white supremacist and anti-immigrant statements attributed to her. Kelley said the protesters “need to understand history” and the complex political environment that suffragists were navigating in that era to make progress toward equality at the ballot box.

In North Carolina, Janice Jones Schroeder, a member of the Lumbee Tribe of North Carolina, said she was impressed that organizers of the state’s suffrage anniversary activities thought to include her in a commemoration event last September on the lawn of the statehouse.

Tue Aug 18 , 2020
Outbreaks in North Carolina, Washington, California and Mississippi provided a glimpse of the challenges school officials face in keeping the virus from spreading on campuses North Carolina’s flagship university canceled in-person classes for undergraduates just a week into the fall semester Monday as college campuses around the U.S. scramble to […] 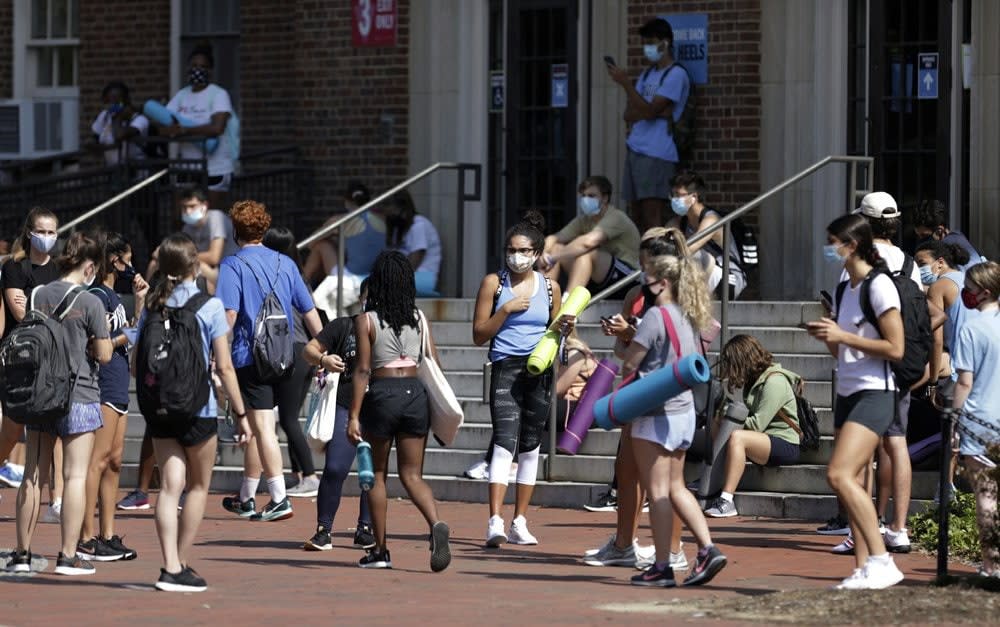