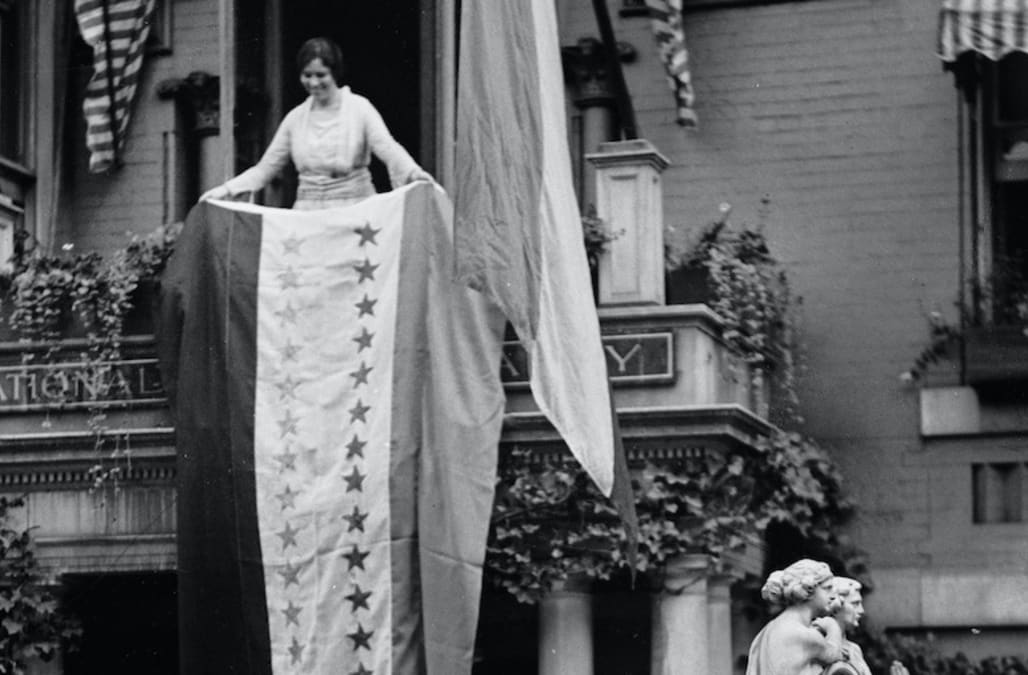 HARTFORD, Conn. (AP) — As the U.S. marks the 100th anniversary of women’s suffrage, many event organizers, mindful that theoriginally benefited mostly white women, have been careful to present it as a commemoration, not a celebration.

From exhibits inside the Arizona Capitol Museum to a gathering on the North Carolina Statehouse lawn, many commemorations, including those that moved online because of the coronavirus pandemic, have highlighted a more nuanced history of the American women’s suffrage movement alongside the traditional tributes to well-known suffragists such as Susan B. Anthony and Elizabeth Cady Stanton.

While their names are not as well-known as the white suffragists, Black women played both prominent and smaller roles in the movement. Sojourner Truth, an emancipated slave, who died in 1883, is considered one of the first known Black suffragists. She traveled throughout the U.S. speaking at women’s rights conventions and suffrage events, including at the Akron, Ohio, women’s convention in 1851 where she was credited with giving a powerful speech that’s been remembered as “Ain’t I a Woman?” Some historians, however, have questioned the wording.

Through the years, there were many prominent Black abolitionists and suffragists who worked in their own women’s clubs and suffrage organizations and sometimes side-by-side with white suffragists, often working for both voting rights and civil rights.

The young founding members of the Delta Sigma Theta sorority participated in the 1913 suffrage march in Washington in their first public act. The Howard University students took great personal risk and were not being welcomed by some white suffragists who ultimately insisted the Black women march at the end of the procession, said Cheryl A. Hickmon, national first vice president of Delta Sigma Theta Sorority, Inc.

In June, protesters in Iowa demanded that Iowa State University remove the name of suffragist and alumna Carrie Chapman Catt from a building because of white supremacist and anti-immigrant statements attributed to her.

In North Carolina, Janice Jones Schroeder, a member of the Lumbee Tribe of North Carolina, said she was impressed that organizers of the state’s suffrage anniversary activities thought to include her in a commemoration event last September on the lawn of the Statehouse.

Watchdog: report could cause headaches for DHS officials

COVID-19 has ‘taken a political tone like nothing I’ve ever seen,’ warns Anthony Fauci

Wed Aug 19 , 2020
CANBERRA, Australia — Australia has announced a deal to manufacture a potential coronavirus vaccine being developed by British-Swedish pharmaceutical company AstraZenec. “Under the deal, every single Australian will be able to receive the University of Oxford COVID-19 vaccine for free, should trials prove successful, safe and effective,” Prime Minister Scott […]