There seems to be some confusion about what “safely reopening during COVID-19” means.

After months of not being able to do anything nonessential or see anyone who didn’t live with us, we in the United States suddenly have options again. As of July 20, restaurants, retail stores, and, most importantly to Allure, salons are open in nearly every state in the country. The reopening of the economy is undoubtedly crucial for anyone whose livelihood relies on working a service job. There’s just one massive problem: Some customers — including at least one columnist who I refuse to give an even larger platform by linking to their op-ed on the topic — are determined not to wear a mask to these newly reopened establishments because…freedom? So, I’m here to remind you: If you get your nails done, your hair cut, or your eyebrows waxed, please wear a fucking mask.

As a person who used to have a monthly root touch-up appointment, get bi-weekly gel manicures, have someone else wax her eyebrows, and occasionally dabble in lash extensions, I completely understand the urge to run out to every salon right now. Even though these services might not be considered “essential,” many people value these appointments as moments of self-care — especially crucial in a time where everything happening in the world can make you feel like you’re one misplaced house slipper step away from losing control over your entire life.

And, as I mentioned, many people who work in a salon want to see their clients again. When Governor Gavin Newsom announced that salons in California would be considered Phase 3 businesses in terms of reopening (compared to Georgia, where salons reopened less than a month after the shutdown) many prominent hairstylists signed a petition urging him to let them open earlier. As California-based stylist Shannon Marlin previously told Allure, rent for these businesses wasn’t being forgiven, and salons already operate under strict sanitation guidelines.

My own colorist texted me the same week a date for salons to reopen in New York City was announced, urging me to book an appointment for as soon as I wanted to come in. (If your regular person hasn’t reached out but the place they work has reopened, ask them directly if they want to be taking customers before you set anything up.)

The only reason we’re allowed to do any of this is that most people have been wearing masks when they were going to do something they knew would involve close contact with people they weren’t isolating with. (To be more precise: The New York Times reported on July 17 that 80 percent of Americans wear masks “frequently or always when they expect to be within six feet of other people,” while the CDC’s Morbidity and Mortality Weekly Report estimates three in four people have adopted the organization’s guidelines.)

As states open back up, it feels like that percentage could drop, as loud people on the internet remind us that the CDC originally said we didn’t have to wear masks, so why are we all subjecting ourselves to these “muzzles” now? It’s true, the CDC’s guidelines around cloth face coverings have changed — because that’s how science works. The unprecedented pairing of the novel coronavirus with social media and the 24-hour news cycle has given the public a real-time glimpse into the scientific method, in which facts are changing all the time based on newer, better evidence. Right now, however, studies show that if I wear a mask when I’m ready to get my roots done, my colorist is far less likely to catch COVID-19 if I unwittingly bring the virus into her salon (or vice versa).

Plus, you’re just putting the people who work at this salon in an awkward situation if you decide to be that one asshole who refuses to cover your spit-hole. Everyone Allure has spoken to in our reporting about reopenings in the beauty business has noted that masks will be required at their place of work. Most places will even have a handy box of spare face coverings for anyone who forgot theirs or who shows up with one that looks too dirty or old to be effective. Wearing a mask is literally effortless, with zero risks involved! (Please, miss me with that BS about cloth face coverings causing you to inhale your old CO2 — that’s been disproven over and over.)

I’ve seen chatter online suggesting that the CDC should have lied and said masks protect the wearer as much as the people around them, as though we should have simply assumed Americans would never care enough about a stranger to endure a (comically minor) inconvenience — even if it meant that stranger might not get a deadly virus and die. Yet the aforementioned percentage of people who report wearing masks leads me to believe we should have more faith in the general public, even if certain political leaders won’t set a positive example. But in the event all those conspiracy theories about COVID-19 being an elaborate hoax start to sound intriguing, here’s your reminder: If you won’t just wear the damn mask, you should probably just stay home.

Read more about COVID-19 and the beauty industry:

Now, watch how this dermatologist’s routine changed during the pandemic:

Missouri Gov. Says Students Who May Contract Coronavirus at School Are 'Going to Get Over It'

Tue Jul 21 , 2020
Missouri Gov. Mike Parson insisted last week that students who may contract the novel coronavirus upon returning to school this fall are “going to get over it.” “These kids have got to get back to school,” Parson, a Republican, said during a Friday interview with local radio station KFTK. “They’re […] 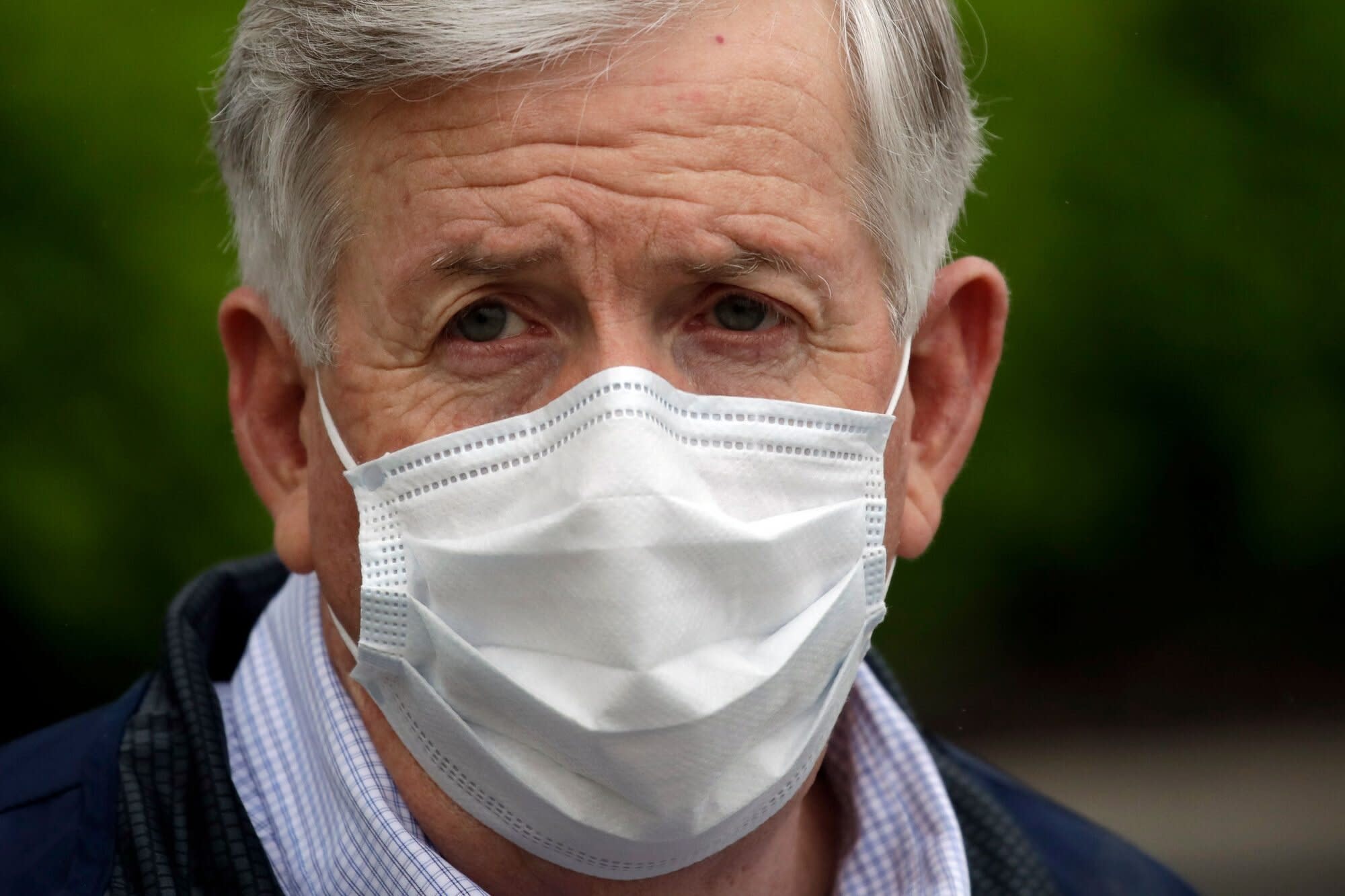